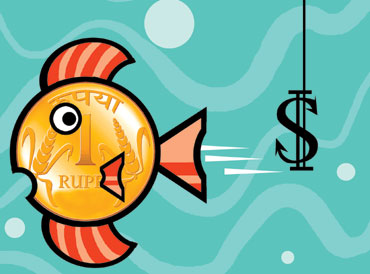 outlookindia.com
-0001-11-30T00:00:00+0553
On March 18, 2006, Prime Minister Manmohan Singh told a global audience in Mumbai that the Reserve Bank of India would prepare a roadmap on full capital account convertibility to fully integrate the Indian financial system with the global. But now, on September 30, '08, Dr Singh has done a U-turn. He now says "the foremost challenge is to insulate India from the ill-effects of the international financial crisis".

Why this shift from "integration" in 2006 to "insulation" in 2008? Simple. The Wall Street-innovated global financial architecture is like the padmavyuh in the Mahabharata which, like Abhimanyu, a nation can only enter, but never come out of. The global financial padmavyuh of today is the US-patented model. It is several thousand times more toxic now than at the time of the Asian crisis in 1998.

Just take one aspect, the monumental growth in virtual money, or derivatives. The outstanding over-the-counter derivatives (OTC) in banks was $100 trillion in 2002 and $596 trillion in 2007—a rise of 496 per cent in five years. This does not include exchange-traded derivatives. Both aggregated might be several hundred times the actual global trade. This false money had helped banks and shadow banks to leverage their equity 50-70 times, to make super profits. Six years back, Warren Buffet had equated derivatives to financial weapons of mass destruction. It is this WMD that has now carpet-bombed financial markets all over.

How did this virus spread? In the 1990s, after the collapse of the socialist model, the US sincerely believed—and the rest in the West and in the East seemed to accept—that Washington had become the new Rome; the Washington Consensus the new Bible; and the IMF, World Bank, WTO and the like the new evangelists. The US financial system thus became the benchmark for the world. Every nation, India included, was queuing up to copy its rules and models, to become like the US itself.

But suddenly, the US has now U-turned, bewildering those still standing in the queue. The America of today seems to look to the state capitalist USSR of yesterday to tackle the financial tsunami on Wall Street. It is no global crisis. It is a crisis exported to the world by the US. The question is: is it just a slowdown, or a recession, or a depression that torments the US and the West, and courtesy them, the whole world? It seems more than all these and not just a systemic fall. It seems—the impending, but un-admitted—collapse of an economic model.

But the US corporates which had grabbed the savings of families and had $600 billion in cash would not pump in a single dollar into the system, contrary to former US Fed chairman Alan Greenspan's view that they would, to ease credit. Finally, the Fed had to work its dollar printing presses to attempt to save America. The $700-billion rescue platform of the US is not to be raised on taxpayers' money, but from the electronic printers of the US Fed. The American Fed printed $400 billion from 1863 to 1995, but added some $400 billion more in the 10 years to 2005. The present package is thus financed by electronic cash, not tax money.

Back in India, the US-led crisis has put on hold all that the 'MMC' threesome—Manmohan, Montek and Chidambaram—would otherwise have sold as further reforms to India, the forex, financial and banking sector reforms. In the past, they had dismissed those who resisted them as Neanderthal minds. The Indian financial media too was singing in tune with them. But, if anything saves India today, as during the Asian crisis in 1998, it is the failure of the threesome in liberating the Indian financial system from Indians, and handing it over to Wall Street. Let the Indians thank God for their failure—and celebrate that they cannot do it easily hereafter.

(S. Gurumurthy is convenor of the Swadeshi Jagaran Manch)