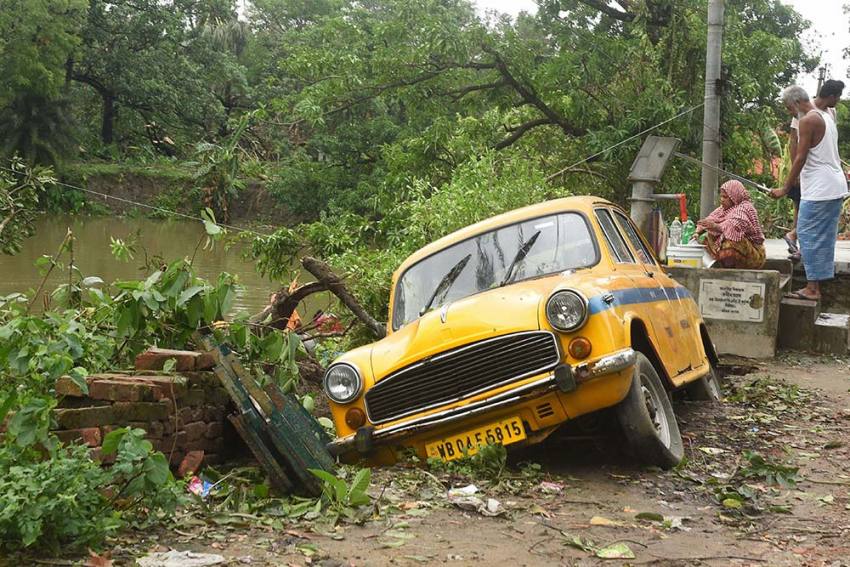 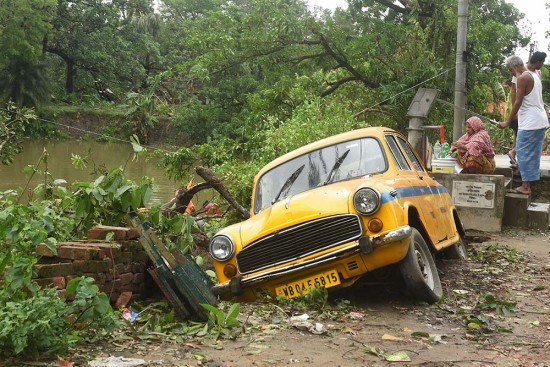 Blown -off roofs, collapsed buildings, uprooted trees and a submerged airport…cyclone Amphan has unleashed a tide of destruction in West Bengal, Odisha and Bangladesh. It made its landfall at Digha in West Bengal on May 20 with wind speeds of up to 125 km per hour and torrential rainfall, flooding Calcutta, Hooghly and North and South 24 Paraganas districts among others. More than 6.5 lakh people were evacuated to shelters in both states before the cyclone arrived.

West Bengal CM Mamata Banerjee  said 72 people died in the state and she pegged the damage at Rs 1 lakh crore after initial estimates. She has termed the impact of Amphan, one of the strongest storms in the Bay of Bengal in over a decade, “worse than the coronavirus” pandemic.

Senior state officials say it is too early to estimate the final death toll or damage to property as the hardest-hit areas are still not accessible. There were power cuts in the affected areas; mobile and internet services were down as the cyclone damaged communication towers. A hangar collapsed on an airplane at the Calcutta airport, where runways were flooded. Standing crops, plantations and infrastructure have also been affected in Odisha. Embankments in the Sundarbans delta, a Unesco world heritage site, were breached as the surge whipped up by the cyclone inundated the region. At least 10 people have died in Bangladesh. As the cyclone weakened on the morning of May 21, the National Disaster Response Force began clearing roads.