The RTE is rolled out in right earnest. Now, there’s work for government to do. 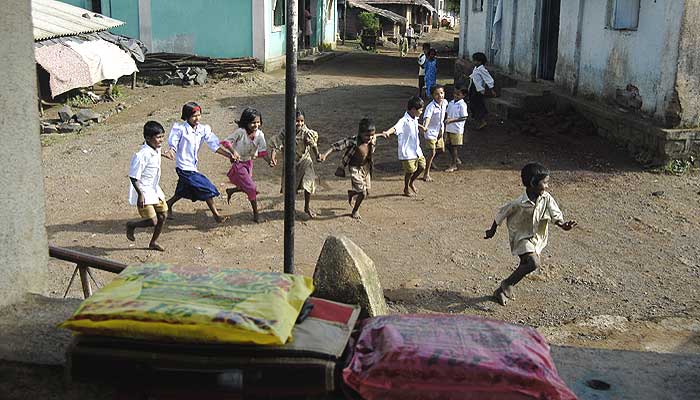 “The founding fathers of our Constitution did not intend that we just set up hovels, put students there, give them untrained teachers, give them bad textbooks, no playgrounds and say primary education is expanding...they meant that real education should be given to our children between the ages of 6 and 14.”

When a policy that promises a revolution in education is put into effect on All Fools’ Day— a day associated with hoaxes and practical jokes—it’s quite natural to treat it with a healthy dose of scepticism. However, educationists say the Right to Education (RTE), despite its coming into effect 17 years after a Supreme Court ruling that citizens have a fundamental right to free education, is a welcome move. The RTE enumerates the responsibilities of the central and state governments, teachers, parents and civil society to make the right to free education in government schools a reality.

But what is the roadmap for its implementation? The draft report of the committee on the Right of Children to Free and Compulsory Education Act (accessed by Outlook) has gone into the details. Here are key points: 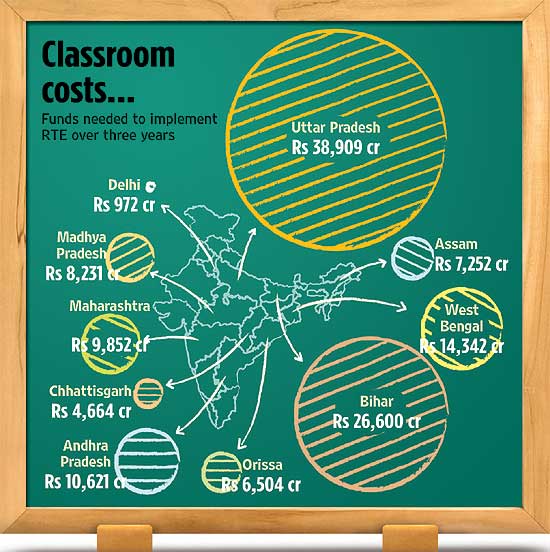 Chief ministers of BJP-ruled states have asked for more money to implement RTE. This is seen as a welcome move by officials in the Union ministry for human resources development. Taking this as an encouraging sign, they say, for the first time the RTE has shaken up decision- makers, executives and civil society. They have been forced to give education the importance it justifiably deserves.

“Some schools have screening norms. Some admit only the ‘best’ students. The State must stop all this.”
Ashok Aggarwal, Lawyer and activist

So when chief ministers Mayawati, Nitish Kumar, Shivraj Chauhan and others expressed  inability to implement RTE without liberal central funding, educationists like Vinod Raina, who were involved in the deliberations leading to the act, say some of them do have a valid point. A greater flow of funds from the Centre must be matched by the states with an optimal and effective expenditure plan, he says. Raina estimates nearly Rs 10,000 crore is lying unutilised with the states. “Whereas they do need the money, they have to push to spend the money they already have,” he says.

“It places immense responsibility on civil society. It’s society’s willingness that will see the RTE through.”
Poonam Natarajan, National Trust

Raina’s estimate is that the Centre will have to take greater responsibility and should agree to a 75:25 ratio in funding for RTE to be rendered meaningful. As of now, the estimated cost of implementing RTE over the next five years is Rs 1.71,484 lakh crore. The draft paper clearly argues that states like Uttar Pradesh, Bihar, Jharkhand, Rajasthan, Madhya Pradesh, Andhra Pradesh will require the bulk of the funds. In fact, the secretary in charge of information and publicity of Bihar, Rajesh Bhushan, wonders how the state is going to get 3.3 lakh trained teachers and the infrastructure in the next three years.

Others, like lawyer-activist Ashok Aggarwal, are finding the act more empowering than ever. He has sent notices to the Delhi government against two schools that have been screening students (prohibited under the act) for admission. “The Kendriya Vidyalayas and nursery schools that had evolved screening norms for selecting students have had to scrap the procedure now as no child can be denied admission,” he says. “I have asked the Delhi government to persuade schools under it—like the Pratibha Vidyalayas, which have a policy of  enrolling only the best students—to do away with the practice.”

“Will all this make my math teacher turn up in school every day? Last year she was mostly absent.”
Ruksar, Student, Govt school, Delhi

Others, like Poonam Natarajan of the National Trust, an NGO, have worked to sensitise the government to the fact that children with special needs must not be left out. “The act places enormous responsibility on civil society. Do we want to make this happen?” she asks. In the end, she says, it’s society’s willingness that will see the act implemented.

That the act itself is revolutionary in scope is not essentially in doubt. But whether India will keep its promise to its children will depend on tireless work in implementation and monitoring across all its little schools. And in that, the government cannot go it alone.