Alone In The City 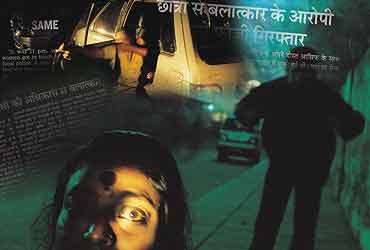 outlookindia.com
-0001-11-30T00:00:00+0553
In the week after the rape of a Swiss diplomat sent seismic tremors across New Delhi, innumerable statistics are being bandied about. Comparisons between the number of reported rape cases in Delhi and other metropolises like London and New York have yielded figures that, on the face of it, may seem heartening for Delhiites. Sample these official statistics: in 2002, New York City reported 1,468 cases of rape while London reported 2,731 cases. In comparison, Delhi only had 383 reported cases this year. So, is that good news? Well, don't applaud yet.

The fact of fewer reported cases in Delhi points to two rather pernicious truths. One, that despite urbanisation, and certain city traits that Delhi shares with other metros abroad in terms of physical infrastructure, social mobility and income groups, the social stigma attached to rape is much higher. Two, the absence of proactive policing and a supportive community structure, leading to fears about victimisation by state officials and social ostracisation, is responsible for a large number of rapes not being registered. Precisely the areas on which the National Commission for Women petitioned the Centre last week.

According to an independent survey carried out by Pramod Kumar, head of Chandigarh's Institute for Development and Communication, on an average, for every reported rape case, 68 go unreported. "And in urban households, one in every 39 houses acknowledged a rape victim," he says. Adds Ramavatar Yadav, director, National Crime Records Bureau (NCRB), "The social value system is such that a lot of rapes do not get reported. Also, the court process is slow and lengthy, exposing the victim to extended trauma." Since 94 per cent of reported rapes in Delhi are committed by people related to or acquainted with the victim, there is a huge pressure to hide, rather than report, any form of sexual assault. "Violation by a known person makes the victim defensive, thereby making the reporting of such crimes subsidiary to constraints of kinship, family, caste and occupation," explains Kumar.

In general, the social visibility of rape is directly proportional to the status of women in any society. According to the World Health Organisation's World Report on Violence and Health (2002), a collective societal response to sexual violence that "blames women without punishing men, concentrating instead on restoring 'lost' family honour...creates an environment in which rape can occur with impunity". As Delhi-based journalist Bernard Imhasly of the Swiss paper Neue Zuricher Zeitung puts it, "The flip side of India having a tolerant culture is that there is a tendency to condone sexual violence." Imhasly was witness to the assault on Indian filmmaker Akanksha Joshi at Siri Fort.

Another important factor aiding higher reporting of rapes is proactive policing. A higher rate of conviction and civil society initiatives in both New York and London have helped create faith in the criminal justice system and provided a support network for victims. For instance, the latest British Crime Survey reports a 22 per cent increase in the number of reported rapes in London between 2000 and 2002; the increase has been attributed to the Metropolitan police's Project Sapphire, which has trained officers to be more sensitive while conducting investigations. Simultaneously, the work of voluntary and professional groups and helpline centres has helped create awareness among women about what constitutes rape.

A new campaign against domestic violence is on the London police's agenda, since the emotionally sensitive and nebulous areas of marital rape and date rape prevent many women from reporting instances of sexual assault. Even in Cape Town, once considered South Africa's 'rape capital', there's been a significant increase in the number of reported rape cases after the South African police launched a special drive to arrest criminals and speed up the prosecution process.Thus, even though the number of rapes reported to the police globally is only about 2.8 per cent of the total rapes, effective policing and an understanding society can go a long way in dealing with both the offender and the victim, says the WHO report.

While Delhi police officials are quick to cite social stigma as the main factor responsible for under-reporting of rape, there seems to be little idea about how to change policing, both in terms of method and attitude. "Societies cannot be compared on the basis of statistics, the social fabric of every city is different," says Delhi police commissioner R.S. Gupta. He readily admits police laxity in preventing the iffi cases, but says, "Western societies are stronger, people are supportive of police efforts. Here, we go into a blame game as soon as something happens, causing undue stress on the investigating organisation." Of course, the fact that Gupta is the same man who once famously linked rape to how women dress is indicative of how general sociological traits can colour even the upper echelons of the justice apparatus.

In addition to Delhi's floating population, Imhasly points to the lack of a cohesive urban history which he believes is responsible for failing to foster a sense of ownership and community in Delhi. "A core urban population that would act as a stabilising factor and lend an identity to Delhi is missing." Comparing Delhi to his native Zurich, Imhasly believes that Delhi "lacks a critical mass of people who have civic and social responsibility". He finds social life in Delhi characterised by "gated communities", where people are grouped together because of common fears, rather than out of a sense of civic responsibility. The key, says Kumar, who has authored a study entitled Crime Mapping in Multi-Cultural Societies, is to develop strategies to break social isolation by encouraging interaction between groups.

The WHO report says economic empowerment or education actually place urban women at extra risk of sexual violence. A likely explanation is that economically empowered women challenge established patriarchal norms: if a woman is seen to be doing better than a man, sexual/physical violence is often the only way to regain 'control'. Another survey on violence against women, conducted in France in 2001, found public spaces in cities such as Paris have a "sexist atmosphere"; more the use of public amenities by women, higher the incidence of sexual violence, including rape.

Delhi's redemption, therefore, hardly lies in low statistics. As the NCRB's Ramavatar Yadav cautions, "Statistics, especially those in India, are based on inadequate parameters, so in-depth analysis about the nature of any crime cannot be drawn from figures alone." Though the heinous nature of rape can't ever be mitigated, perhaps Delhi can take a cue from other capital cities on how to combat it.

Whose Mother Is She Anyway?