All’s Not Well With BJP in Rajasthan

All’s not well with the ruling BJP, but rival Congress is yet to show it has the chutzpah to win Rajasthan. 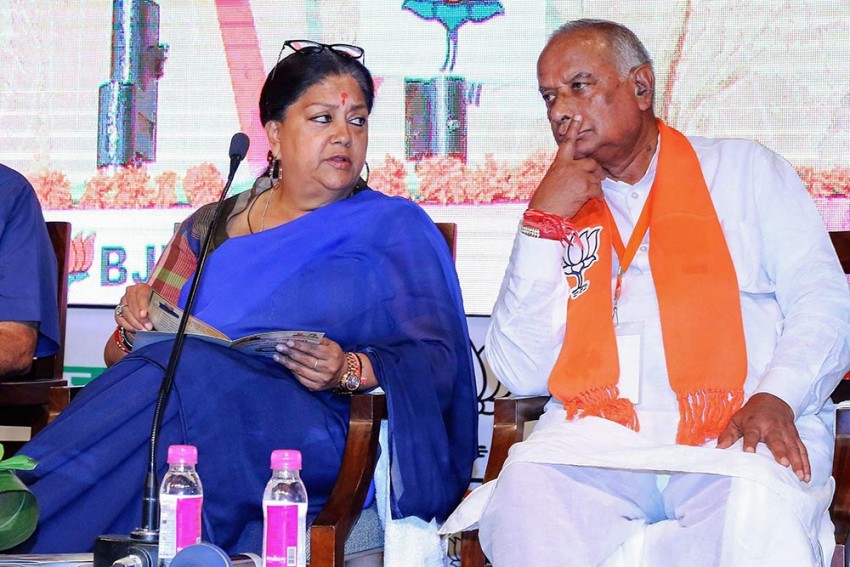 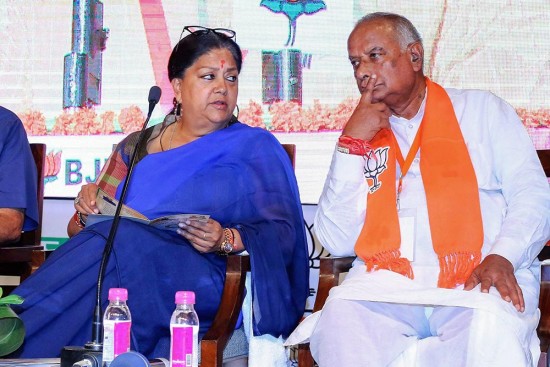 With Prime Minister Narendra Modi and BJP president Amit Shah visiting Raj­asthan within a span of two weeks, the state is heating up to the assembly polls due in December. Over the past 25 years, the state government has been run in turns by the BJP and the Congress with an almost religious regularity. As the BJP’s Vasundhararaje completes her second term as CM, the anti-incumbency odds may well fav­our the Congress. Modi and Shah have probably sensed this, and hence the urgency to make a head start.

Like in 2013, elections will be held in Rajasthan, Madhya Pradesh and Chh­attisgarh together. That time, when the BJP managed a clear majority in all three states and it was projected as the first solid testimony to the might of the “Modi wave”, the most impressive win was in Rajasthan, where the party bagged 163 seats, up from 78 in 2008. Losing this major state in the Hindi belt a few months before the 2019 general elections would, therefore, be a big setback for the saffron party.

The BJP’s traditional votebank here includes the Rajputs, who are pretty miffed this time. “Why did the BJP not appoint Gajendra Singh Shekhawat as the state party chief?” asks Giriraj Singh Lotwara, who heads the Shri Rajput Sabha (SRS) and has famously called the BJP a “Bohut Jhoothi Party (very untru­stworthy party)”. “Vasundhara was elevated by Bhairon Singh Shekhawat, a Rajput, but she opposed Gajendra Singh’s elevation on caste grounds. The party also treated senior leader Jaswant Singh with disrespect and denied him a ticket in the 2014 general elections.”

Lotwara, however, is quick to clarify that the Rajputs, who voted against the BJP in the recent bypolls, are willing to reconsider their attitude if the party tries to be conciliatory.

Apparently, the Brahmins too are upset. After MLA Ghanshyam Tiwari quit the BJP over allegations of corruption, high-handedness and favouritism aga­inst Vasundhara, messages accusing the party of disrespecting Brahmins were circulated on Brahmin-dominated WhatApp groups like ‘Jai Parshuram Ji’.

Arguing that the BJP’s social engineering has failed miserably, Rajiv Gupta, retired professor of sociology at the University of Rajasthan, says anti-­incumbency will favour the Congress, but it lacks the aggression needed at this stage. “There have been numerous occasions when the Congress should have camped on the roads in protest, but the leaders have been quite lax. If this doesn’t change, the BJP may trump the Grand Old Party with its money, muscle power and electoral mastery,” he says.

According to retired ­professor Rajiv Gupta, there’s anti-incumbency, but the Congress lacks the aggression needed at this stage.

As the BJP’s CM candidate, Vasundhara will undertake a 40-day yatra in August, starting from the Charbhuja temple in Rajsamand and covering 180 of the 200 constituencies. Nationalism and development will be the central themes. Her two previous yatras were in 2003 and 2013, when she was trying to wrest power from the Congress. She did not take out a rally towards the end of her first term as CM in 2008 because she probably sensed it was a lost cause. With Modi’s popularity backing her now and given the uncertainty over whether she can have another chance to be CM five years later, Vasundhara has deci­ded to go all guns blazing into the campaign. A slogan doing the rounds on social media, however, throws some light on the ­public mood: “Modi tujhse bair nahin, rani teri khair nahin (We have no grudges against you, Modi, but we won’t spare Vasundhara, the queen).”

Meanwhile, the state BJP has got a new chief after over two months of speculation about a tussle between Vasundhara and Shah. She wanted one of her loyalists and the central leadership was reportedly keener on G.S. Shekhawat. Eventually, the two sides agreed on Madan Lal Saini, who had lost the last three elections he conte­sted and is known to be a loose cannon. Replying to a question on farmers’ suicides in the state, he recently told rep­orters that Rajasthan farmers are unlikely to commit suicide as they are used to hard work and struggle. Asked about resentment among BJP MLAs over the CM allegedly not meeting them, Saini tells Outlook, “It’s wrong to say she does not meet people. We (men) can talk while brushing our teeth, shaving or washing clothes. Women can’t do that, so they have two hours less in a day. And there is government work as well…. The Congress does not even have a CM candidate.”

In the Rajasthan Congress, there is a tussle between Sachin Pilot and Ashok Gehlot. Two-time CM Gehlot, who was made an All India Congress Committee general secretary earlier this year, has often said that Rajasthan remains his karmabhoomi, besides taking digs at Pilot. After the Congress lost the Dholpur bypolls, where Pilot was at the campaign’s forefront, Gehlot blamed the party’s “overconfidence”.

While Gehlot’s role in the Gujarat and Karnataka assembly polls has exalted his stature, Pilot has been the state Congress chief since the drubbing the party received in 2013 and made a mark in the bypolls as well as the local body elections. Many observers say the emergence of two camps under the two leaders is denting the party’s campaign. Ask them about the tussle and infighting, and they reply only in platitudes.

In UP's Azamgarh, 'Living Dead' Have A Long Legal Battle To Fight