All Wet In Jharipani

Only a weekend got washed away, but what a slippery perch was Mussoorie 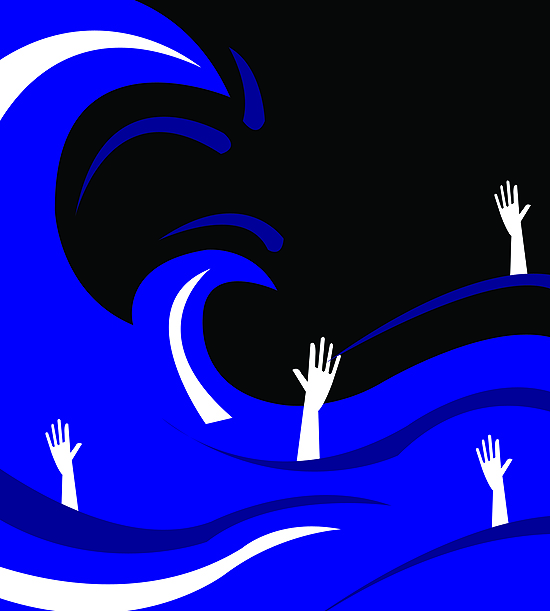 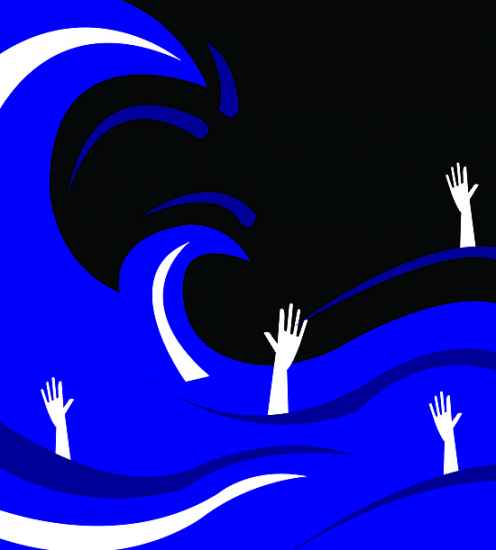 My trips to Mussoorie, where I have a small cottage, are usually uneventful and boring. We take the late night train from New Delhi station and arrive at Dehradun early morning. By 7.30 am, I am home in Jharipani having a cup of tea. Last week was different. We arrived on time at Dehradun amidst roaring thunder and unrelenting rain. “It will clear up in half an hour,” said the TT.

Our first problem was to get to the taxi stand from the station. It is usually a five-minute walk; this time we ran with the coolies following us, and by the time we arrived both my wife and I were completely drenched. The locals thought our furious running very funny.

The sky was dark and ominous. This didn’t look like a passing shower. I usually buy the morning papers at a paper stall round the corner. The paperwallah was present but getting out of the taxi seemed a major hazard. Even opening the door of the taxi became a huge risk with rain water immediately pouring in. In seconds, half the taxi got submerged. “Must you buy the paper?” gru­mbled the driver. By which time the financial transaction was over and I was in the process of collecting five dailies. Never bef­ore have I toiled so hard to buy a newspaper.

When we reached Jharipani and entered our cottage, there was no power. My wife had a small torch, but it was candles we were looking for. For an emergency she had kept a few but where were the damn things? My wife had forgotten where she had kept them. Meanwhile, it was raining cats and dogs—an expression I have never quite understood.

A cup of tea? That was the need of the hour. My wife informed me we were out of milk. “Ring up the corner shop,” I suggested. Not surprisingly, Guptaji was not picking up the phone. I settled on black tea. Another problem, no sugar. So, it was black tea without sugar. Anyway, black was better than nothing. As I settled into my favourite chair and opened the papers, they were incredibly wet and soggy. I gave up after struggling for 30 minutes.

The TV set in the circumstances offered relief. But without power there was no TV. I felt miserable. And my mood was not lightened by the fact that the ferocity of the rain had increased dramatically.

Sharmaji, our wonderful caretaker, somehow made it to the cottage. “In my 65 years in Mussoorie, I have never seen rainfall like this,” he told us helpfully, and added, “yesterday there was bright sunshine”.

Just imagine. There I was with my wife in a cottage without lights, without TV, without milk, with no idea of how we were going to get lunch or dinner. My thoughts turned to beer—a couple of cans sat in the fridge, but they were horribly warm. As our local domestic help got on with a makeshift lunch, I sipped warm beer. And water, water, everywhere with not a sign of respite.

In the evening we had to go out for dinner to Landour. At the best of times, driving up is hazardous—since the road is narrow, steep and has motorcycles and cars parked on both sides. You have to manoeuvre thro­ugh this lot. Experience in a circus would help!

Usually, it is no problem to hire a taxi from Jharipani to Landour. On Saturday, no taxiwallah was prepared to take the risk. The prospect of sitting in a cottage without lights and only warm beer for company did not seem appealing. “We must get a taxi,” I told my wife who had given up. “I’ll negotiate,” I said. After much persuasion, Gupta­ji agreed to take us to Landour, but he charged a king’s ransom. I don’t blame him.

Going up to Landour I thought could be our last journey. The road was narrow, dark and boulders seemed to be lying everywhere. Getting into the taxi itself was no small problem, the rushed entry from cottage to the taxi left me thoroughly wet. Yet, we journeyed on.

We reached our destination after a good 90 minutes and had to climb a bit to get to our host’s bungalow. My wife had to be held down physically as she got out of the taxi. The umbrella in her hand flew away and we saw it tumbling down the Doon Valley. So, nearly did my wife. And so did I. I don’t know who was helping whom but at great mortal risk we made it. Fortunately, there was power in Mussoorie. For­tuna­tely, too, my host had an adequate supply of single malt whiskey. We drank the nectar as the forecast predicted more rain.

We arrived in Delhi on Tuesday night. For once, the Shatabdi was on time and I was relieved to get home to Editor. His warm welcome was some compensation for a dreadful weekend.