Home  »  Magazine  »  Arts & Entertainment  » Alt-Heroine »  All Those Colours Beyond Bling

All Those Colours Beyond Bling

Once again, glamour is not the sole yardstick for the success of an ­actress in Bollywood 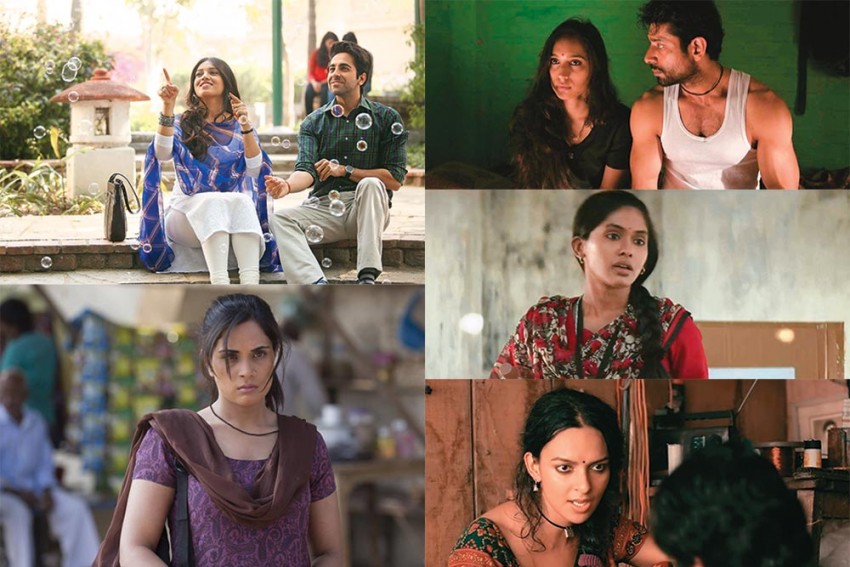 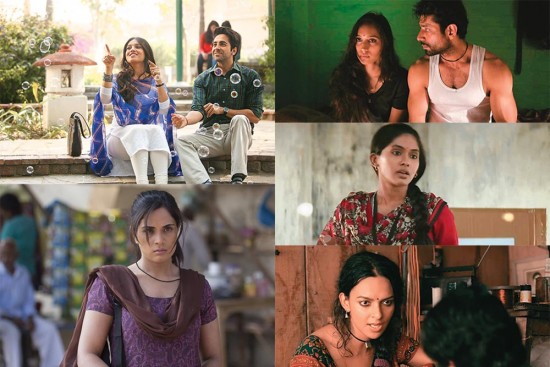 Bhumi Pednekar is the new toast of B-town with three ­consecutive hits under her belt in quick succession. The 28-year-old Mumbaikar, who swept all prominent awards for a deb­utante with Dum Laga Ke Haisha two years ago, has not looked back since, having sauntered into the big league with her next two releases, ­Toilet: Ek Prem Katha and Shubh Mangal Saavdhan, last year.

Bhumi’s success signals the ascendancy of the proverbial ‘everywoman’ in Hindi cinema—a growing tribe of young ­actresses who seem to have come out of nowhere to dominate the filmdom in ­recent times. In an industry fixated with its own definitions of beauty and sex app­eal, they are unlikely stars possesing  ­oodles of talent, if not the traffic-stopping looks of a glamorous diva. But they have risen above the ordinary, in the face of the beauty bias, with an asset that increasingly matters these days: acting prowess.

Bhumi, who played a plump housewife in her maiden movie and followed it up with the girl-next-door roles in her next ventures, is among a bevy of young act­resses who are now straddling commercial and parallel cinema with equal flair and flamboyance, caring little for the age-old perception about the traditional image of mainstream heroines, the ones with drop-dead gorgeous looks. Actresses like Bhumi, Radhika Apte, Kalki Koechlin, Richa Chadda and Huma Qureshi—all beautiful in their own way—are underlining the fact that a high glamour quotient isn’t the only attribute req­uired by an actress to sparkle in the tinsel town marquee.

Apte, whose PadMan with Akshay Kumar opens on Republic Day, has five movies lined for release this year (see ­interview). The 32-year-old carved a niche for herself with performances in films like Parched (2015), Manjhi: The Mountain Man (2015) and Kabali (2016) opposite the Rajnikanth. It’s heartening to see the rise in the sheer number of such actresses in this new phase of cinema: witness the advent of the likes of Anjali Patil (Newton/2017), Bidita Bag (Babu­m­oshay Band­ookbaaz/2017) and Zoya Hussain (Mukkabaaz/2018).

Their success may well be attributed to the rapidly changing profile of the new audience. Acclaimed director Ashwiny Iyer Tiwari says that the characters play an important role for the audiences now rather than the actors doing them. “When the audiences are taken into a world of story-telling and the characters relate to their world, the glamour quotient is no more important,” she says.

“The millennial audience is the game-changer. They are too realistic and don’t digest ­anything ­artificial.”

Iyer Tiwari, who made an impressive debut with Nil Battey Sannata (2016) with Swara Bhaskar in the lead, and delivered a hit, Bareilly ki Barfi (2017), with a deglamorised Kriti Sanon, says it’s all about the story. “What does the story ­demand from the actors? If the story is about a real slice of life, then act­ors cannot be glamorous,” she reasons. “The audience is exposed to so much good cinema in the age of internet that we cannot take the sensibilities of cinema lovers for a ride.”

Trade expert Atul Mohan believes that the millennial audience is the game-changer. “They are too realistic and don’t digest anything artificial on screen. Gone are the days when a big star was signed before a story was decided,” says Mohan, editor of Complete Cinema. “Now, scripts are decided first and for each role, two to three actors are considered. .”

Director Rakhee San­dilya, who made the striking Ribbon last year, starring Kalki Koe­chlin in the pivotal role, seconds the opinion. “There is a real shift now,” she says. “If an actor does not fit, he will simply not get the role.” Sandilya points out that the so-called deg­lamourised ­actresses are successful today because they are adding some rich notes to new cinema with their looks and acting sensibilities. “They bring a certain freshness and nuance with their own understanding of roles,” she avers. “The audiences tend to connect more with them than the ultra glamorous heroines who look like the same Barbie doll, except for their clothes.”

Sandilya enunciates that she chose Kalki for Ribbon solely because she was apt for the role. “My character demanded somebody who could depict both shades of a normal woman; one who is strong and vulnerable at the same time.”

But does it mean the characters have ­finally overshadowed the stars? Avinash Das, another debutant director, who made Anaarkali of Aarah (2017) featuring Swara Bhaskar in the titular role, states that the film industry has rejected the traditional concept of beauty in cinema. “Now, the beauty of the story is linked only to the beauty of the character,” he says. “There was a time when the yardstick of beauty on screen was different. For us, Meena Kumari, Madhubala and Nutan were all beautiful. It was only in the post-globalisation era that the concept changed with a synthetic ‘beauty boom’. It began with Miss Universe and percolated down to the smallest town across the country, a phenomenon that was encashed well by the cinema of the 1990s. But in the era of digital centralisation, what kind of a movie is being made will determine what kind of actors will be part of it.”

Nevertheless, this trend of the ‘realistic’ actress making her presence felt in commercial cinema is not new. In the 1980s, Shabana Azami and Smita Patil worked with both Amitabh Bachchan and Farooq Sheikh at the same time. But the number of such actresses grew by a noticeable degree in the new millennium with ­actresses like Vidya Balan and Kangana Ranaut leading from the front with movies like The Dirty Picture (2011), Kahaani (2012), Queen (2014) and Tanu Weds Manu (2011).

“In the digitally centralised era, the content of the movie will ­determine what kind of actors will be part of it.”

Film writer Vinod Anupam traces this shift to a more fundamental one: the gradual shift from NRI-centric stories to ones revolving around small towns such as Bareilly, Patna, Ara and Ranchi in the past few years. “If they are telling a story from such places, how can they show a Deepika Padukone? Won’t she, a big star, be too larger-than-life for the setting?” he asks. “The character of PadMan’s wife from a small town in Tamil Nadu is more suitable for somebody like Radhika Apte, not Padukone.”

The award-winning writer also believes that the increase in the spending capacity of the middle class has fuelled the growth of cinema about the middle class that req­uires realistic characters. “The middle class has no qualms in spending Rs 250 on a ticket in a multiplex even in small towns these days,” he says. “Subhash Ghai can no longer say that he is not making a film for Bihar because small-town markets are easily giving returns of Rs 10 crore now. And if such a market has emerged, the film-makers have to cater to the sense and sensibility of its audience as well.”

How Did They Find Way Into The System?