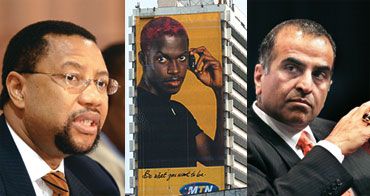 For the moment, though, there is large-scale speculation over Mittal's modus operandi. Predictably, neither Bharti nor MTN has come out with a clear statement on how the deal—if at all—will proceed. While no timeline has been etched out, don't expect things to get over in a hurry. Analysts are enthused about the deal because of the sheer size and status of the two companies involved—but there are also fears that the acquisition or merger could put serious financial burden on Bharti Airtel.

MTN is attractive for a number of reasons. The African giant, more than double Bharti's size in revenues, could bring in a ready market of 21 countries into Bharti's kitty. Together, the entity would have a subscriber base of over 130 million subscribers as well as unprecedented financial muscle. Romal Shetty, head, telecom practice, kpmg India, says: "Some of the countries where MTN operates have phenomenal ARPU (average revenue per user) and they have just touched the tip of the market. There is a great market in countries like Rwanda and Cameroon."