Ahead Of 2019 Battle, BJP In A Soul-Search Mode

The defeat in Madhya Pradesh and Chhattisgarh and Rajasthan has made the larger Sangh parivar restless. The signs of disaffection are showing and voices of dissent are getting expressed openly. 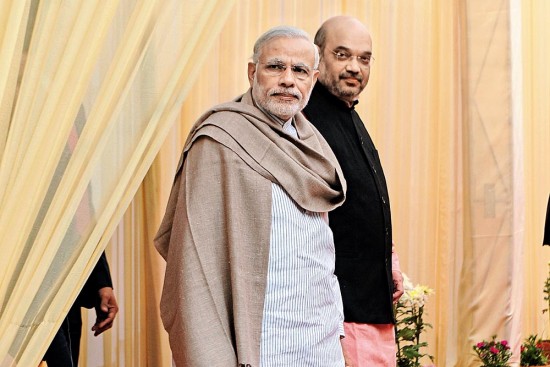 A cold winter gives way to a buoyant spring and a balmy summer. That’s nature. The chill springs a surprise sometimes and prolongs. Such a situation warrants better insulation—which in political terms is called introspection, a review of the wrong steps to put the best foot forward. That’s precisely what the BJP is doing after losing three Hindi heartland states in the assembly elections, barely six months before the party goes to the voters for a second term of Narendra Modi’s government.

The defeat in Madhya Pradesh and Chhattisgarh, the states the BJP was ruling for more than a decade, and in Rajasthan has made the larger Sangh parivar restless. After enjoying the shared fruits of power, the signs of disaffection are showing and voices of dissent are getting expressed openly. The Rashtriya Swyamsevak Sangh (RSS), the BJP’s ideological fountainhead, had trained itself to peacefully co-exist with the Modi government in the past four years. It is getting impatient too. Questions are asked about what the government plans to do in the next four months to stem the tide and stay in the reckoning for the 2019 Lok Sabha polls.