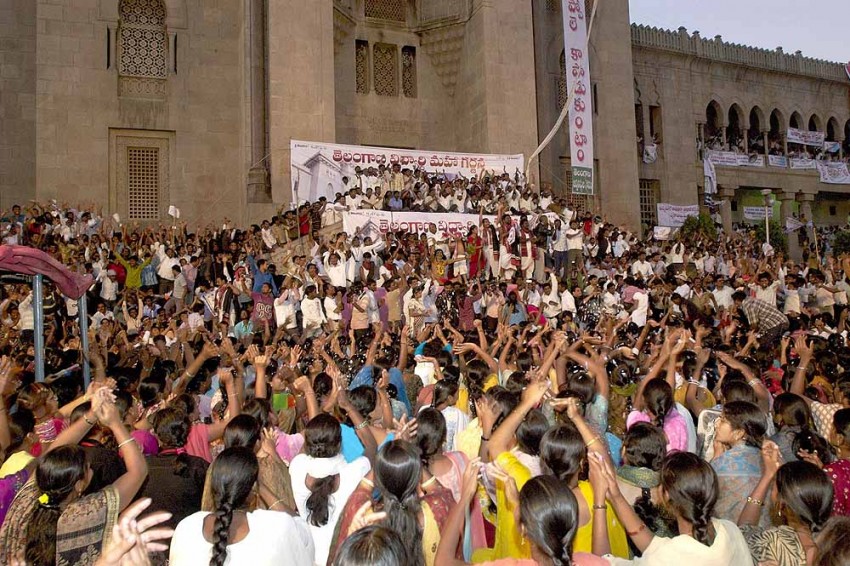 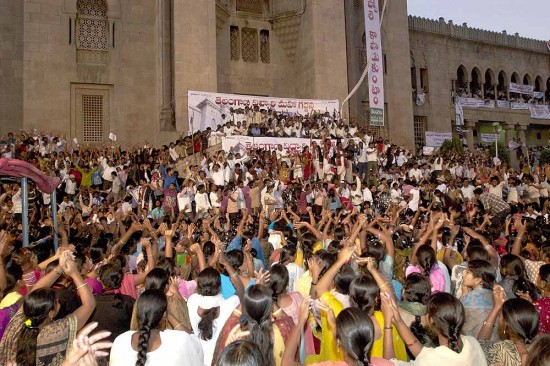 A Timeline Of Other Student Protests In India

It is called the nerve centre of the Telangana agitation—Osmania University, the rallying point for protesters seeking a separate state, has come to represent the very essence of that sun-baked, red-earthed region. ‘Chalo Assembly’ rallies, human chains, hunger strikes, candlelight protests against politicians naysaying statehood for Tela­ngana—all these and many more forms of protest have been held on  the university campus. In November 2009, after Telangana Rashtra Samiti chief K. Chandrasekhara Rao’s fast, the agitation had turned violent, with students fighting the police.

Over the years, Osmania University’s famous arts block has evolved into a sort of war-room where agitations are chalked out and strategies are crafted on how best to buttonhole errant politicians who have to be told to mend their ways. Prof K. Nageshwar, an MLC who used to teach journalism at the university, says it has a strong history of student activism. “This is because,” he says, “Osmania has an inflow of students from various districts of Telangana—these are people who have seen politics at the grassroots level in their villages. What’s unique about student politics at Osmania is that it isn’t dominated by the Telangana Rashtra Samiti. There is also the PDSU, the ABVP, various organisations of SC/STs and OBCs. In other words, eve­ryone, from every group, finds a voice here.”

That is in keeping with the political character of universities in Andhra Pradesh. “The best part about Osmania University and Kakatiya University (in Warangal) is that they respond to popular struggles,” says Prof G. Haragopal, a civil rights activist. Talking about the alarming number of suicides (largely by students) for Telangana statehood, Haragopal says it is a new phenomenon. “Students who feel let down both by the political system and the teaching community alike turn cynical and see suicide as the only option—which is sad,” he says.

Osmania University is the very plexus of the Telangana movement. In fact, Andhra Pradesh has a long tradition of students taking part in political action.

Manne Krishank, a PhD student and spokesperson of the Osmania Uni­versity Joint Action Committee, is not among the cynical lot, despite his battle scars. “Yes, we do have our apprehensions about politicians such as K. Chandra­sekhara Rao, but our larger goal is Telan­gana. It is the emotions of the people in the villages of Telangana that keep us going,” says the 25-year-old, who faces over 100 police cases. “I am used to getting good morning calls from special branch and intelligence officers. Their question is always this: What are you up to today?”

Krishank, who has spent a month in jail for participating in the struggle, says most student leaders from Osmania University are treated as demigods in districts in the Telangana region. “We are identified as Telangana heroes and people start chanting ‘Jai Telangana’ when we pass by. The affection we get from them is overwhelming.”

He recalls how, during a student padayatra in north Telangana, people washed their feet with milk. “A cobbler woman walked along with us and gave me her day’s earning of Rs 100, asking me to buy an ice-cream for myself. She said I deserved it. How can we ignore such powerful sentiments?” he asks. There are 150 Osmania students facing police cases, but that’s part and parcel of their life now. Many get by on meagre scholarships and grants, but keep up the protests.

Talking about the base the TRS has in universities such as Osmania, Kakat­iya, Palamuru (Mahbubnagar), Satavahana (Kar­imnagar) and Mahatma Gandhi University (Nalgonda), the young TRS MLA K.T. Rama Rao, son of KCR, gives full credit to students and says, “Movements at these universities are instrumental in drawing attention to the Telangana cause. Youngsters are vocal and vociferous, their commitment is unflinching and selfless. It is no wonder they provide the impetus to the statehood cause.” He agrees that many student leaders are now jumping into the election fray, but says this is just incidental and it certainly wasn’t the motive behind their joining the struggle. “We welcome such young blood that has risen from the ground level and is now fighting for the cause from inside the system,” he says.

There are some who are a bit sceptical about the level of student commitment though. Writer and political scientist Kancha Ilaiah alleges that top student leaders in Hyderabad who used to ride motorcycles are suddenly whizzing around in Scorpios or other SUVs. Many of them are even getting electoral tickets. “So what ideology are we talking about here?” he asks. Be it an opportunistic movement or an idealistic one, one thing is for sure—the students in these universities form the pillars of the Telangana movement and they will remain the propelling force of  Telangana politics for its foreseeable future.