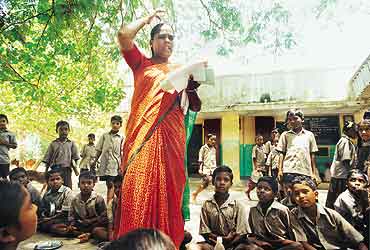 Move over Mulk Raj Anand, Thakazhi Sivasankaran Pillai, Shivarama Karanth, Premchand and Arundhati Roy. Bakha (Untouchable, 1933), Chudalamuthu (Thottiyude Magan, 1919), Choma (Chomana Dudi, 1931), Dukhi (Sadgati, 1933) and Velutha (The God of Small Things, 1997) have found their own voices. Their stories – told in Marathi, Tamil, Hindi, Kannada and Telugu – are now being translated into English. And French and Spanish. They no longer depend on empathetic non-Dalits, with no firsthand experience of Dalithood, to tell the world their story. In fact, Dalit writing seems to be getting on the list of every major publisher in India. It is also being taught in universities in India and abroad.

Narendra Jadhav’s memoir Outcaste: A Memoir was published last month by Penguin, but only a year after the French publisher Fayard had issued it as Intouchable and sold a phenomenal 20,000 copies [Please see interview ]. Jadhav, currently head of economic research in RBI, first wrote his work in Marathi in 1992 as Aamcha Baap Aan Mahi (My Father and Us) and it soon became a bestseller. Soon, the three-generation saga will be in your homes as a 52-episode TV serial.