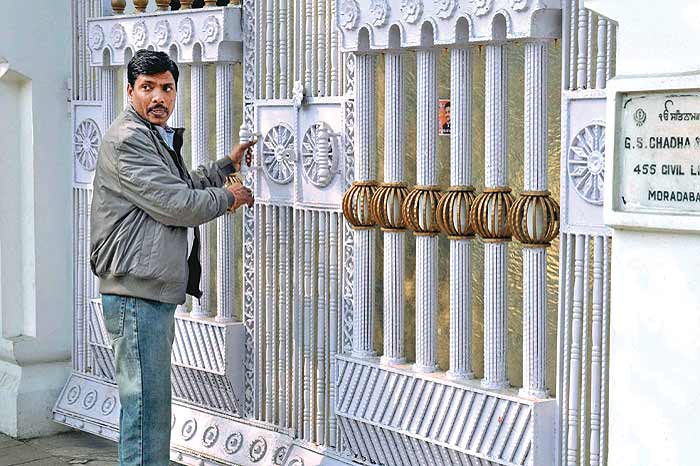 The churn in Delhi after the Supreme Court verdict on Thursday morning was beginning to find its natural course: Battleground UP. Post the Supreme Court verdict, Mayawati acquired a sharper sting. A one-liner from the Uttar Pradesh chief minister said, “the verdict proves UPA is corrupt”. Senior leaders from the Bahujan Samaj Party (BSP) added, “Congress is the most corrupt party.” Insiders confirmed that the Supreme Court verdict had infused new enthusiasm in the BSP cadre. “It will have a demoralising effect on the Congress workers in UP as it had pitched its entire campaign in UP against Behenji’s government and the so-called corruption in the state,” says a BSP leader. “Behenji has not given a single ticket to corrupt ministers. In fact, she has thrown out corrupt ministers. What will the Congress say now that the Supreme Court has indicated that the UPA government is wrong?” The party would be particularly delighted that the shoe is on the other foot. The day before the apex court ruling, there were income-tax raids on the Noida premises of Gurdeep ‘Ponty’ Chadha, believed to be close to Mayawati.

The BJP too was naturally delighted. It has a fresh supply of ammunition against the UPA government. Arun Jaitley, BJP’s Leader of Opposition in the Rajya Sabha, told the media gathered at the party headquarters in New Delhi, “Today onwards, our campaign has become more aggressive. All our leaders are here. Our effort will be to make corruption and good governance the main issues of our campaign in Uttar Pradesh.” In between calling it a “monumental fraud” and “the single biggest act of corruption in Independent India”, Jaitley added that “every Congress leader who comes to Uttar Pradesh must first answer all questions on the 2G scam”.

In UP, some local Congress leaders are beginning to wonder if the party should switch its plank from corruption to good governance. They are also hoping that 2G would be overshadowed by local issues. Yet, there’s no denying that this is a boost for Mayawati and the BJP. A senior BJP leader from UP explains, “The Samajwadi Party is already being seen as a Congress ally, so they don’t gain from this. The BJP will be the second biggest beneficiary of the verdict after Mayawati if they find the cadre to spin the 2G scam.”

Yet, even as the central leadership of the BJP in Delhi had guns blazing for the UPA government, the same day BJP leaders in UP, hard at work in Bundelkhand, told Outlook, “It’s a good issue for our central leaders in Delhi to get, but out here, Brahmin votes are becoming a problem. 2G can’t help us here.” However, given the social profile of Uttarakhand and Punjab, BJP leaders believe the verdict would have helped them in the states that have already voted.