One of the flattest and most unfunny comedies of recent times 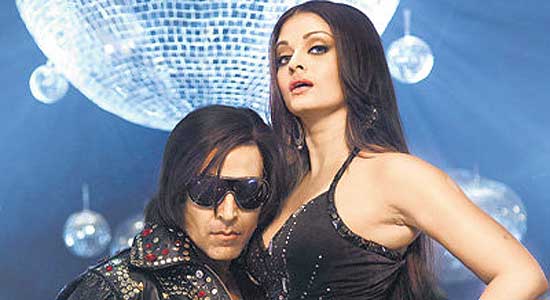 Action Replayy is based on a Gujarati play that itself seems to have been hugely inspired by the Hollywood film, Back to the Future. Vipul Shah churns it out into one of the flattest and most unfunny comedies of recent times. Aditya Kapoor is a youngster tired of his constantly bickering parents—shrewish shopaholic Aishwarya and meek restaurateur Akshay—and goes back in time to add the right dose of romance to their developing, banal relationship. This is excuse enough to recreate the ’70s in terms of the over-the-top colours, clothes and hairdo. Such is the focus on these externalities that nothing else seems to matter. Neither the situations nor the dialogue have any spark or punch to them. The only time a smile comes to play is when one of the characters, who sings both in male and female voices, croons Rulake gaya sapna mera. Besides, the actors too seem uninspired, sleepwalking through their roles. Akshay is his usual goofy self, Aishwarya her usual plastic self. As an aged couple, they wear the most horrendous makeup that makes them seem like ghosts. Neha Dhupia does not even have two proper lines to her credit. The film brings Randhir Kapoor back to the screen, but his presence does not even register. Newcomer Aditya is earnest but behaves too much like Akshay (which is fine in the context of the film) and will need to define his personality in the films to come. What ultimately registers is the irritatingly catchy song, Zor Ka Jhatka.