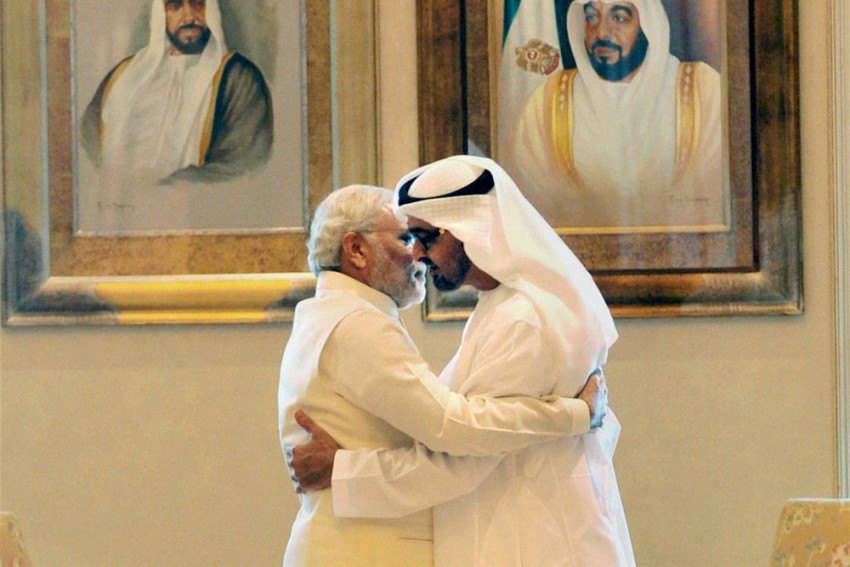 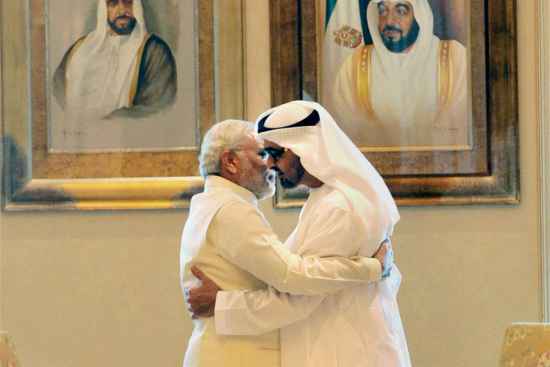 Narendra Modi is already on the home-stretch to finishing his second year in office as Ind­ia’s prime minister but a visit to Israel—a country that most people thought he would rush to soon after assuming the coveted office in South Block—has not happened. And if MEA officials are to be believed, a prime ministerial visit to Israel will have to wait even longer—probably till next year.

The delay is both interesting and intri­guing. Has Modi had a change of heart or have the Israeli stocks (which were supposed to rise in India under this government) suddenly started falling?

Of course the latter is far from true even though the ground reality of West Asia has forced the BJP-led NDA government in Delhi to take a more pragmatic view on dealing with the countries in the region to safeguard India’s interest.

Weary South Block officials point out the obvious: juggling with Iran, Saudi Arabia and Israel—three major but hostile powers in West Asia—and maintaining strategic partnerships individually with each, will never be a walk in the park. But now Delhi has to cope with a more proximate dilemma: which of the three countries should the PM visit first?

“The challenge in the new ­scenario in West Asia is quite difficult. India actively needs to ­contribute to restoring peace in the region....”
Talmiz Ahmad, Former ambassador to Saudi Arabia

The inherent rivalry between the three has only intensified in the wake of Iran’s nuclear deal with the US. The agreement not only brings Iran back in the mainstream of the international community after years of isolation but also allows Tehran to reclaim its place in West Asian politics and lend its heft to rearrange the balance of power in the region.

In turn, this has led to a hasty reshuffle among other countries in the neighbourhood. It has certainly brought Saudi Arabia and Israel closer as both have serious concerns over Iran. And it has aggravated the old Shia-Sunni divide in the Middle East to a much worse level. In a situation as precarious as this, the task for New Delhi, therefore, naturally goes beyond just that of scheduling visits. It’s a tough balancing act to ensure that countries Modi cannot visit now should not feel slighted by the decision.

“The challenge for India in the new emerging scenario in West Asia is huge,” warns Talmiz Ahmad, former Indian ambassador to Saudi Arabia. He feels that the realignment of forces in the region forces India to shore up its public relations and actively contribute in restoring peace and stability in the region.

Since coming to power in May 2014,  Modi has certainly set himself an extr­emely busy travel schedule in a high-oct­ane, high-visibility bid to take foreign policy by the horns. But so far the United Arab Emir­ates is the sole country in West Asia that he has visited. Except now, the immense strategic value of the region makes a case for more involvement.

“The table is crowded with people trying to intervene in conflicts. It’s in our interest to keep the relations steady with all three countries....”
R. Dayakar Former ambassador to Jordan

“India is too big a country and its interest for all the countries, and especially the three, has only increased over the years,” says former Indian diplomat Pinak Cha­kravarty. He argues that it is best for India to put each of the countries on a bilateral track. Similar opinions are expressed by R. Dayakar, former Indian ambassador to Jordan. “The table is cro­wded with too many people trying to intervene in ongoing conflicts. It is in India’s best interest to keep relations with all three countries separate and parallel.”

When Modi visited the UAE last year there was a feeling that having visited an Arab nation, the Indian PM had given himself leverage to travel to Tel Aviv without being criticised at home for his priorities. After all, Israel is the second largest supplier of military equipment to India and cooperation between the two sides on surveillance and other security­-related issues has also been increasing by the day. Besides, the two sides have also been working closely on infrastructure, science and technology as well as irrigation and in the field of infotech.

But despite Israel’s growing importance in India, especially among the huge band of Modi followers, Israel remains a conspicuous gap on his itinerary. Instead, to keep the intense engagement between the two sides going, he had managed to convince Pranab Mukherjee to be the first Indian President visit the country last October. But the President, an astute politician himself, visited Israel only after travelling to Jordan and Palestine, thus earning the distinction of being the first Indian head of state to travel to these countries. Then, in January Modi sent foreign minister Sushma Swaraj to travel to Israel to engage with the leadership there. But Sushma too ensured that bef­ore visiting Tel Aviv she also visited Palestine and spoke to the leadership there. In addition, she also attended a meeting of the Arab League and engaged with leaders of various Arab countries in Bahrain. This was a clear signal that India, even under Modi, isn’t willing to develop and strengthen ties with Israel at the exp­ense of the other West Asian countries. A visit by the crown prince of UAE Sheikh Mohammed bin Zayed to India, and the number of agreements the two sides signed this week, only serves to confirm this theory a bit more.

“India is too big a country and its interest for all the nations, and especially the UAE and Iran, has only i­ncreased over the years....”
Pinak Chakravarty, Formerly with the IFS

In a way, it’s common sense that the leadership is mindful of the strategic imp­ortance of the Arab countries for India. Over 8 million Indians live and work in West Asia, sending back billions of dollars each year that take care of a substantial part of India’s oil bill. Those countries are also the main source for India’s energy and some of its leading trade partners.

So which of three countries will Modi visit first? Sources say he will visit Saudi Arabia first. It is India’s largest supplier of energy and home to over three million Indians. In addition, it is the custodian of the two holy mosques—Mecca and Medina—and leader of the Sunni world. Though the dates of that visit have not yet been finalised, the word out there is that it’ll happen in a few months. Modi may also visit the other smaller countries in the region—Oman and Qatar.

However, it’s also being said that to balance matters, a visit by Iranian President Hassan Rouhani to Delhi in the coming months is also on the cards. Besides being the leader of the Shia world, Iran is on the verge of consolidating its new position as one of the key players in the world. It is also a major supplier of fuel to India and the two countries have been cooperating on infrastructure in Afghanistan and working closely with other nations to restore peace and stability there for a long time now. Moreover, India sees Iran as an agent of peace in West Asia. This argument has gathered traction in different capitals in the wake of the rise of violence by Islamic State in Syria and Iraq.

While we are on it, sources in the MEA say a visit to Delhi by Israeli premier Benyamin Netanyahu may also be on the cards. Indian diplomats wisely point out this will ensure the continuation of undiminished warmth between the two sides and reassure Israel about its importance to India. All in all, one thing is clear—India’s policy of maintaining strong ties with all the key players in West Asia will remain unchanged under Narendra Modi in spite of all that initial fiery rhetoric.