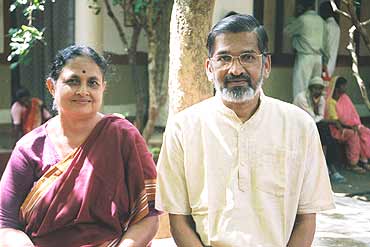 Did you know Gadchiroli in Maharashtra is the locus of community health research and strategies that have shaped national and even global health policy? Behind this extraordinary reputation acquired by an abysmally backward, tribal-dominated district lies the work of a doctor couple, Abhay and Rani Bang. The village healthcare programme that the Bangs, gold medallists from Johns Hopkins University, started here two decades ago is now an internationally famous model, adopted in parts of Asia, Latin America and Africa. The couple have shown the world that child deaths can be dramatically reduced by harnessing the efforts of health workers equipped with basic skills and material. In their programme, which covers 40 villages and about 80,000 people, child mortality rates have dropped extraordinarily, from 120 per 1,000 in ’98 to 26 per 1,000 now. "Some people said it happened because we were here," says Rani. "So we replicated the programme in seven other sites in Maharashtra, including non-tribal areas and urban slums—the rates dropped by more than half." Research by the Bangs, published in Lancet, also alerted the medical world to the heavy burden of gynaecological diseases borne by rural women, spearheading a shift in global policy on women’s health, then centred around reproduction and contraception, to reproductive health. All this from Gadchiroli, their home, their laboratory, their karmabhoomi.