A Weak Dose Of LSD

No thrills here, just meaningless tragic frills to a fantasy no one can really fancy 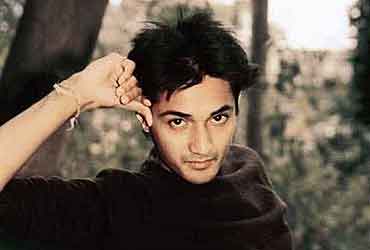 The Last Song Of Dusk
By Siddharth Dhanvant Shanghvi
Penguin Rs 395, Pages: 304
Some reviewers, presumably to save themselves the trouble of writing down the full title, have nicknamed this book LSD. It is curiously apposite, for parts of it read as though they were written under the influence of that interesting substance. LSD is ingested by letting it melt on the tongue or sucking it. Many have praised the book and the author too copiously. One might say that it and he have made suckers of them all. In literature today, mass delusion is a common means to an end. Agents and publishers have colluded to make it a fact of literary life.

When a reviewer declares that a novel contains "magic realism", it generally means that he likes it, and may indeed feel it is a masterpiece. But it is usually difficult to pinpoint what this means. Magic realism is a genre some writers have cultivated in recent years, most successfully in South America, but it is not new. It implies a delicate use of irony and fantasy in its distortion of what exists. It looks through, not into, a mirror to discover its true self.

Lewis Carroll’s Alice books are classic examples of magic realism. Alice is an ordinary little Victorian girl living in the countryside. Almost by accident, she enters other worlds and meets fantastic creatures. They are mostly grotesque, but have human foibles, somewhat exaggerated. It is possible for her and the reader to relate to them, however eccentric they are. Characters like the White Knight, comic and tragic at once, are drawn from the world she lives in, yet are not of it.

One trouble with Shanghvi’s version of magic realism is that his characters, even those he intends his readers to suffer for and with, are all slightly dislikeable and eminently forgettable. This dilutes any effect their joys and sorrows might have. He showers them with profuse, indiscriminate adjectives. He dowers them with descriptions that (sometimes) seem not only sympathetic but empathetic. But they emerge as puppets, jerkily manipulated against elaborately stylised backdrops.

The heroine, if there is one, is Anuradha Patwardhan, physically every man’s wet dream. She has also, which is unfair, been given by God and Shanghvi an impossibly beautiful singing voice. Her aunt has taught her several CDs worth of literally spellbinding Rajasthani songs. She travels from Udaipur, her home, to Bombay to marry a doctor called Vardhmaan Gandharva, a fantastic storyteller. The gifted couple produces a son, Mohan, fit fruit of their conjoined loins. At the age of three he is an awesome singer and—shades of Yehudi Menuhin—wants to play the violin.

At this point one knows what will happen. This idyll has been presented simply so that it can be broken into, outraged, and finally destroyed. If any other character emerges from the plot, like a snail from its shell, he will not survive unshattered. For starters the child Mohan falls from a tree and dies. After this Anuradha and Vardhamaan move to Juhu. This house was once occupied by a gay Englishman who died there after his Indian lover abandoned him. The house seems to take a dislike to the couple.

They have another son, Shloka. His parents become estranged. The father falls unnaturally silent. So does the child. Considering the general quality of the dialogue, this is perhaps just as well for the reader. I had forgotten to say that this is all set in the 1920s, for no perceptible reason except that it has enabled Shanghvi to invent a dialect for his characters. This is a mixture of English, American, and Indian slang of every decade since the 1920s, and is repulsive beyond belief, as are most of the people who employ it.

The book has a secondary locale, Matheran. Having brought his creations to the resort, Shangvi fills the place with ferocious panthers and rabid hounds.Some of the crucial action of the book occurs in Matheran: poor place, it never deserved to suffer so. Among the countless characters is the painter Nandini. She walks on water, and her family tree includes a black panther. She marries the son of the Governor of Bombay, but her wedding party breaks up when she has an epileptic fit. Such events are fairly frequent. Several characters die along the way. It’s just as well; they are addicted to making statements that aspire to profundity, and it gets tiring. Even Virginia Woolf, who makes a guest appearance, does not say anything interesting. She dislikes Nandini, but that is understandable.

This book is like an echo chamber, full of fragmented voices. One thinks one recognises some of them, but cannot be sure about the rest. Here and there one comes across a passage that is definitely unrecognisable, and by a process of elimination, I deduce that this may be the voice of the person who actually wrote this book. If it is, he has a clear, melancholy talent which may eventually produce good work. All this depends on whether he can get rid of his pretentiousness and shed the habit of believing what most reviewers have said about this novel.

The Injuns Are Comin'