A scam in bed allocation? Bangalore was caught off-guard by the second wave. But Tejaswi Surya was a wave all by himself. This was a different virus. 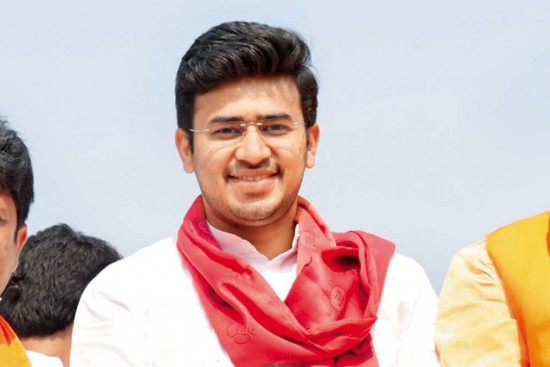 Bangalore South MP Tejasvi Surya has been in the news all week with his “expose” of a bed-blocking racket in the city’s hospitals. Amid the spike in Covid cases, beds were being reserved in the name of patients without their knowledge, and then unblocked and sold at hefty rates, Surya alleged on May 4. This had come to light after the 30-year-old MP and his team found a pattern of booking and ­cancellations in the data on bed allocation.

But the expose veered off at a ­tangent with a viral video of Surya—the national president of the BJP’s Yuva Morcha known for his frequent controversial comments—swooping down on his zonal war-room and confronting the official-in-charge. Surya read out the names of 16 staffers—all of them Muslims—while a city MLA accompanying him was heard asking the official if they were hiring for a madrassa or for the city corporation. WhatsApp messages with this list of names started doing the rounds, branding them as ‘killers of thousands of Bengalurians’. The police, who had started a probe into the bed-allotment irregularities, also questioned them.

Why were these people chosen from about 205 employees in the war-room, mostly hired through a staffing agency? Activists and the Opposition accused Surya of bringing in a ­communal angle, not to mention ­harassment of the staff. By the end of the week, the war-room asked them to resume work.

In his press conference this week, Surya was left fumbling for words when journalists posed pointed question, though he argued that he had “made no accusation of criminal liability” against the staffers. He claimed the list pertained to employees under restructuring or removal and was given to him by a senior ­official, and that he was merely ­enquiring about the hiring process.