A View From Mount Olympus

Randhir Singh, shooter and administrator, hasn’t missed a single Olympics since 1964. He recalls moments that made each Games special. 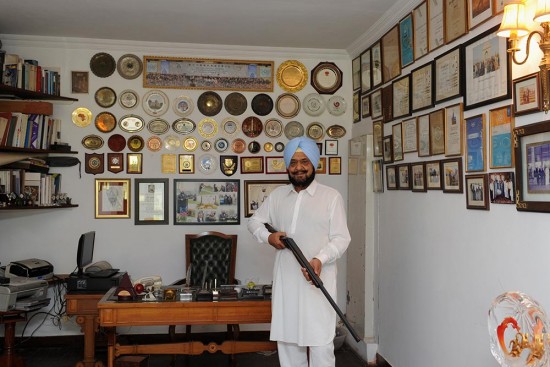 There are Olympians whose lives are studded by a few Games. Then there are the likes of Randhir Singh, the grand old man of Indian Olympics. This Rio Games will be the 14th consecutive that he will be attending. His first Olympics was when, as a five-year-old, he accompanied his father Bhalendra Singh—then president of the Indian Olympic Ass­ociation—to the Helsinki Games in 1952. Randhir has been part of the Indian contingent at six successive Olympics, starting in 1964, as a trap and skeet shooter. The next seven he attended as an administrator.

Randhir turns 70 this year and says he hopes to attend many more Games. From an affluent and influential Patiala family, Randhir attended Yadavindra Public School and graduated in history from Delhi’s St Stephen’s College. He chose rifle shooting, but remained for long under the shadow of legendary sho­oter Karni Singh, a family friend. At the Olympics, his best per­­formance came in 1968, when he was tied 14th in the clay pigeon trap event. His high point was when he won gold at the 1978 Bangkok Asian Games, besides a bronze (individual) and silver (team) at the 1982 Asiad in Delhi. After his playing days, Randhir became IOA secretary-general in 1987 and occupied the seat for 27 years, till 2014. Here he runs an ane­­cdotal eye on the past, touching on each of his Olympic outings.