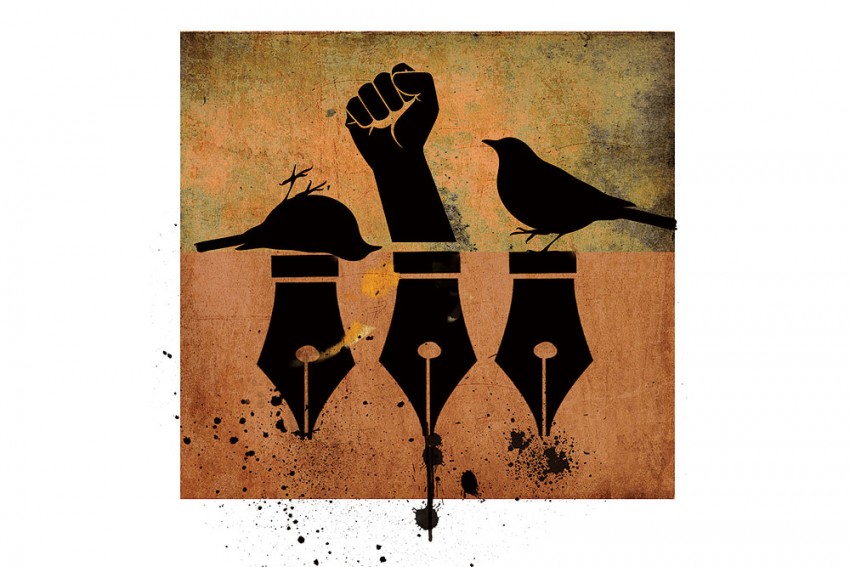 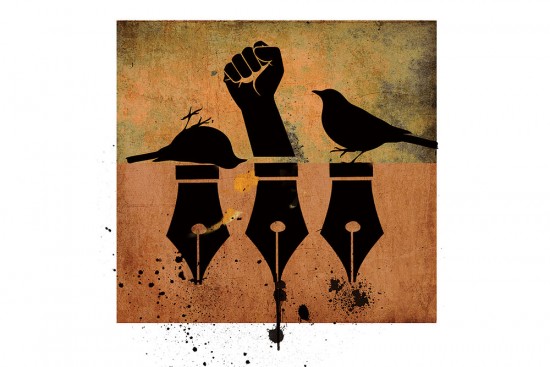 Those of us who had fought and survived Indira Gandhi’s Emergency a quarter century ago believed that it could scarcely be repeated. But lo and behold, something more sinister than the Emergency has shaped up before us. It is a frontal assault on free thought enforced by political bullies on reporters and journalists through physical force.

History teaches us that nationalism is a double-edge sword. And yet the establishment has chosen to wield it with devastating results. Arresting the Jawaharlal University (JNU) students’ chief Kananaiya Kumar on sedition charges on the basis of slogans raised at a campus gathering was an extraordinary event, with Home Minister Rajnath Singh reading the riot act.

What followed was even more ominous. A group of lawyers, some with Bharatiya Janata Party (BJP) connections, took it upon themselves to police the court compound where Kumar was to be brought before a judge and went about beating up young men and women who looked like JNU students and journalists. They had decreed students as anti-national and reporters abetters of the anti-national cause. They donned the hat of judge, jury and enforcers of punishment. The police force did not intervene.

Unbelievably, two days later, at the same court, this cruel tamasha was repeated, this time with the aid of the Indian Tricolour on long bamboo poles despite elaborate Supreme Court stipulations to ensure a peaceful environment. And an enhanced police force did nothing. Why the retiring police commissioner, Mr B. S. Bassi, had not cordoned off the area well before the scheduled hearing of Kumar (given the Facebook panning of one of the offending lawyers) remains a mystery.

Such effrontery and disregard of the highest court of the land is unparalleled. One can draw a few conclusions from these events and their sequence. The official establishment seems to have come to the conclusion that beating the drum of nationalism in its most evocative form is the road to victory in a string of forthcoming important state elections to compensate for the disillusionment of a section of voters.

Second, well into the second year of the Modi dispensation, it seems to have been decided by the BJP’s mentor, Rashtriya Swayamsevak Sangh (RSS), to promote the Hindutva cause more vigorously. Propagating such an agenda in a diverse country of many faiths, ethnicities and opinions is a slow process. Joining the Hindutva strain with nationalism seems to be the new theme.

As we have seen on two separate days, the key group of BJP-inspired lawyers decide who is anti-national and intimidate and bully and rough him up (women reporters are not immune) and make an example of them. Strangely, these lawyers have a love-hate relationship with television journalists because it flatters their vanity to appear on the box while their antics are being recorded to provide proof of their misdemeanours.

Restricting myself to the journalist fraternity, what can we do to contest this new threat to our profession and our ability to report and comment upon significant events in our country and the world? We know from other fields that strong-arm tactics have become one implement in the armoury of the BJP, more broadly the Parivar, to enforce their views, however prejudiced they might be.

Those of my generation in the profession also know that when the Emergency was imposed, most journalists and newspaper establishments simply folded up. Personally, I never recovered from the shock of seeing the most pliant editor, Sham Lal, of The Times of India, indulge in an entire two-column length editorial the day after the Emergency was ended to take out all his bile.

Newspaper establishments are expensive enterprises and owners have to safeguard their financial interests, but it is for journalists to demonstrate their commitment to a free media, the very soul of journalism. There are practical ways to go about it.

First, the remedy lies in solidarity. We, diverse members of media as we are, must come together and stand as one in defence of our constitutional right to practise our profession impartially. Second, let us learn from the mistakes we made during the Emergency. Many world notables have already voiced their alarm over the macabre drama we have witnessed.

We must involve all we can, including the President of India, in the dialogue. There will not be much profit in seeking to convince the present establishment on the virtues of a free media because, despite mouthing clichés, the leaders are responsible for setting the stage for a certain kind of lawyers and others to practise the art of beating reporters in “scuffles”, the favourite word of Delhi’s police commissioner Bassi.

The sum total of a group is as effective as its individual units. There are some among the journalist fraternity who are steeped BJP men and women, with the editor of The Pioneer and Rajya Sabha MP, Mr Chandan Mitra, calling for the closure of JNU. Some others will unfortunately fall into the pliant category covering their exposed flanks with paying obeisance to Authority to secure a nominated seat in the Rajya Sabha or other favours.

I am appealing to the great majority of journalists who are not merely committed to safeguarding their commitment to a free media but are also ready to make sacrifices for it. Indeed, the time has come figuratively to man the barricades. It is clear that what events portend is a new more sinister form of Emergency.

(Surendra Nihal Singh has been editor of The Statesman, The Indian Express and Khaleej Times)