A Suitable Pair Of Genes

The biotech sector, with JVs and now a 'pro-bio' budget, is blossoming in India 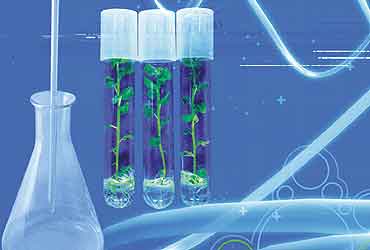 outlookindia.com
-0001-11-30T00:00:00+05:53
Let's start with a startling fact. As a business segment, biotechnology has the potential of generating revenues of $5 billion and creating one million skilled jobs over the next five years through products and services. This can propel India into a significant position in the global biotech sweepstakes.

Way back in 1986, biotech got its first push when the government set up a dedicated Department of Biotechnology that had the well-defined objective of establishing several centres of excellence—research and academic institutions focused on biotechnology-based programmes. Universities were also encouraged to introduce both graduate and post-graduate specialised programmes.

These initiatives provided a strong foundation and the skilled resource pool that is vital in creating a sustainable business in a state-of-the-art field like biotech. We now have 40 national research laboratories employing 15,000 scientists. There are more than 300 college-level educational and training institutes across the country offering degrees and diplomas in biotechnology, bio-informatics and the biological sciences, producing nearly three lakh students on an annual basis. More than 17,000 medical practitioners come out of 100 medical colleges in a year and nearly one lakh post-graduates and 1,500 PhDs qualify in biosciences and engineering.

Despite these advantages, the lack of financial support forced early biotech companies to adopt services or generics products as a business strategy. Biocon, for example, started with a strong R&D focus on enzymes, leveraging India's low-cost advantage. Shantha Biotech opted for generic Hepatitis-B vaccines. From this modest base, the sector has gradually built critical mass both in terms of infrastructure as well as markets.

India is also rapidly gaining a global vantage position in biogenerics. Biocon and Wockhardt, between them, can address Asia's insulin requirements. In agri-biotech, India has the potential to be a leading supplier of GM seeds to the world. 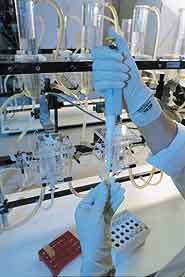 Pharmacogenomics is a rapidly growing segment that provides a wealth of information pertaining to defective or missing genes which call for differentiated medicine—a new avenue for drug research. This emerging discipline combines both infotech and biotech skills in augmenting high-speed data mining of both genotypic and phenotypic information with a view to evolving new forms of medical diagnostics and therapies. Genomics and Proteomics are churning out endless reams of data which need to be statistically evaluated and harnessed for commercial end use. The new medicinal approach to disease management looks at disease as a process and not a state, where tracking disease progression will allow for therapy. Gene regulation and other bio-algorithms will form the core of a new wave of diagnostics that are now being referred to as 'theranostics'.

India can position itself as the hub for differentiated medicine as the country offers one of the most affordable development bases for personalised medicines. Personalised therapies will demand extensive clinical data generated from well-differentiated patient populations. India and China are the two countries with the most desired disease and patient profiles that can enable such studies. Coupled with this is the need for a large number of novel diagnostics based on gene and non-gene based platforms. These are clearly large opportunities for Indian biotech companies to pursue. Personalised drugs also address the affordability factor for expensive therapies such as those involved with cancer.

Custom research is a services model that most Indian biotech companies have opted for at their start-up stage since it earns early revenues with which to fund infrastructure and scientist salaries. These companies harbour ambitions of original R&D once they reach a certain profit level. In 1994, Syngene, a company promoted by Biocon, became the first such custom research company. Aurigene, Genotypic Technology, Chembiotek, Cytogenomics and Jubilant Biosys are other good examples of such service-based biotech companies. This segment is expected to generate revenues of over $1 billion by 2010.

The opportunity for international bio-partnering is a fallout of the trend of declining risk capital in the West which seems to have dried up for companies engaged in early-stage discovery work. Venture capitalists seem willing to fund only companies that have reached the post proof-of-concept stage. Thus there exists a large number of companies whose resources are simply too frugal to take their ideas to the next stage. Indian companies would be their natural collaborators to reduce burn rates, optimise R&D spends and extend survival timelines. An "India strategy" offers an effective de-risked model for VCs who are in dire need for exit or survival strategies for their investees.

Although Indian biotechnology has received global recognition for its biotech capabilities, government policies have thus far lagged behind. The British government has recently announced a £1 billion investment in biotechnology over the next three years. Prime minister Tony Blair acknowledged that this initiative was influenced by the tremendous progress made by the Indian biotechnology sector. Ironically, the biotechnology sector in India has been built not by pragmatic government policies nor through dedicated investment but by daring and persevering entrepreneurs with frugal resources. It's only now that this success has been recognised and the ministry of science & technology has now mandated the Department of Biotechnology to draw up a pragmatic policy.

This year's budget is also quite 'pro-bio', promising a favourable fiscal and regulatory policy environment. The budget focuses on significantly raising investment in R&D as well as in academic infrastructure. Even the proposed National Biotechnology Policy is expected to provide the much-needed funding for incubating start-ups and supporting product development. Given the right impetus, companies like Biocon could easily rank among the top 10 biotech companies globally by 2015 and India could position itself as the preferred global destination for biotechnology.