Malnutrition is a national disgrace. Can the Centre’s grand plan consign it to history? 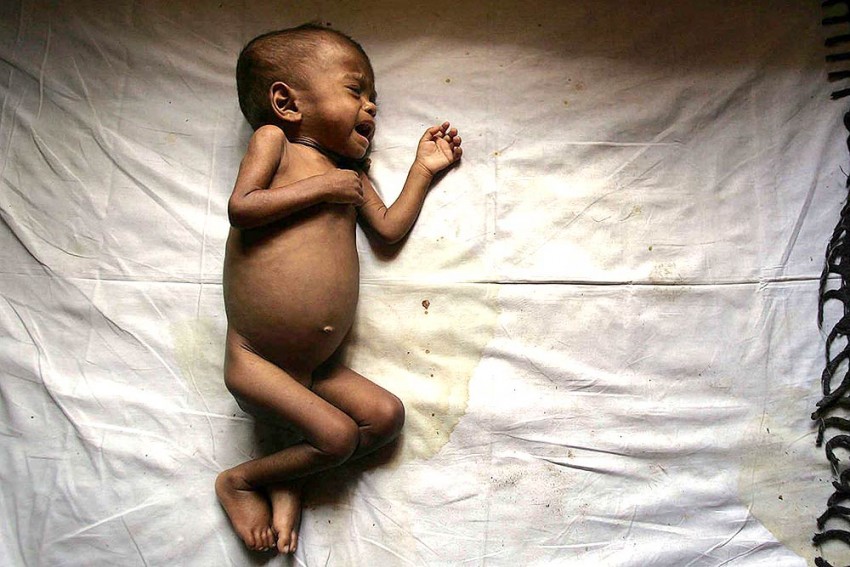 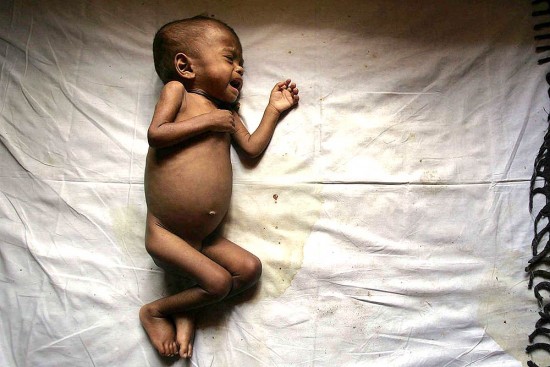 On November 4, the Global Nut­rition Report 2017 was released, and the ongoing tragedy of ­India’s underfed children was laid bare by up-to-date statistics: 38 per cent of children und­er 5 in the country are stunted and 21 per cent are aff­ected by wasting (low weight for their height) or severe wasting.  Many of these children are born with health issues, as 51 per cent of women of reproductive age in India suffer from anaemia. Similarly, anaemia among children has remained persistently high at 58.4 per cent for those aged between 6 and 59 months. This gives the lie to a narrative of progress supported by the decline in poverty. This sorry report comes even as a group of the country’s policymakers—the PMO, NITI Aayog, the Ministry of Women and Child Development (WCD) and the Ministry of Health and Family Welfare—is finalising a new nat­ional policy intended to eliminate child malnutrition by 2022; this will be a ­daunting task, as children under 6 form 13.6 per cent of the population.

The WCD ministry, which will be monitoring the implementation, seems to have shelved its earlier controversial proposal to replace the take-home rat­ions given out at anganwadis with cash transfers. Instead, it has come up with a plan to improve the existing delivery mechanism while ensuring that the food provided has the prescribed nutritive content. The plan, which is awaiting the PMO’s approval so that it can be rolled out in April next year,  “will seek to dispense nutrition and not just fill the stomach of children and the pregnant or lactating mothers,” official sources stated.   Technology will be dep­loyed to ensure gre-ater accountability by measuring outcomes, plugging leakages in the system and tackling other corrupt practices.  The emphasis will be on making sure that the take-home food actually reaches the int­ended recipients, and on proper record-­keeping at the country’s 14 lakh angan-wadis. Currently, the number of recipients in the records does not tally with the outcome in most states.

“There is divergence as the average numbers are affected by the lack of progress in some of the larger states, ­especially Uttar Pradesh and Bihar.”
Purnima Menon

Purnima Menon, one of the authors of the Global Nutrition Report 2017 and a senior research fellow at the Internatio-nal Food Policy Research Institute, New Delhi, states, “There is divergence in the progress within India as the average ­numbers are affected by the lack of ­pro-gress in some of the larger states, especially Uttar Pradesh and Bihar. The progress has been slow and the numbers are large in both these states.” Although she considers the policy focus to be robust, she thinks the real challenge will lie in the implementation and execution.

“For effective implementation people need to plan from the district level to know what needs to be done, else there is no point is saying the programme is the same whether in Delhi or elsewhere, as it is not so”, says Dr Prema Ramachandran, director, Nutrition Foundation of India. She points out that not all states began at the same level, and that they have continued to progress at different rates. “If you look at the socio-economic and demographic scenario in different states, some have progressed more than the others—whe­ther it is industrial or social developm-ent,” she says, pointing out that Kerala had an early start with low mortality while Uttar Pradesh lacked the infrastructure and was a late starter in building awareness about health and nutrition. Pointing to the vast gap between these two states in terms of outcomes, she adds, “Health lives in an environment in which everything else exists, including infrastructure, but somebody has to utilise it.”

Development economist Reetika Khera attributes successes seen in states like Karnataka, Himachal Pradesh and Tamil Nadu besides Kerala to innovation in programmes and monitoring of  their outcomes. “Many states have been thinking ­creatively about improving the quality of the ­take-home ration. For instance, in Orissa, eggs are provided twice a week, Tamil Nadu gives black gram, and so on. There are many good practices to learn from. The central government should specify the nutrition norms for children under six and allow states to decide how they meet those norms,” she says.

Sources point out that the WCD ministry has already agreed to the states’ dem­and to enhance fund allocation for nut-rition supplements and now plans to give them a free hand in the choice of take-home rat­ions for children below the age of three and pregnant and lactating mot-hers. The focus will not just be on appe­asing hunger but also nutrition, with quality, taste and convenience as other key components.

“Our proposal is to introduce ready-to-eat processed foods like upma, khichdi, etc. in hygienically packed sachets which will require minimum cooking. The emp­hasis will be to adopt recipes based on local ingredients and preferences. We will be setting the nutritional and calorific standards but leaving it to the states to decide what they would like to offer as daily dose sachets,” a source clarified. States will be free to give the contracts for the manufacture of the food articles along pre-set guidelines. This would include barcodes on the sachets for tracking supplies.

The WCD ministry has fixed nutritional standards in accordance with WHO norms. A take-home meal for a child aged between 6 and 36 months should contain 500 calories (kcal) with protein content of 12-15 grams, while pregnant and lactating mothers are to be provided with 600 kcal and 18-20 grams of protein. In the case of highly malnourished children, the ­desirable calorie level has been fixed as 800 kcal with 20-25 grams of protein content. For children above three years of age, the anganwadis have been assigned the task of providing cooked meals like those given to primary school children.

The WHO growth standards for children were introduced to India through the ICDS and NRHM programmes in 2008 for better monitoring of growth and development. Subsequently, in 2013, the strategy for rep­roductive, maternal, newborn, child, and adolescent health (RMNCH+A) was revised to include iron and folic acid on a weekly basis. In the same year, Parliament passed the National Food Security Act to ensure the nutritional ­security of vulnerable people. This legislation has, however, failed to deliver due to infrastructure problems and bur­eaucratic lapses, with the insistence on Aadhaar linkage adding to the woes.

Prof Raghav Gaiha of the Global Development Institute, University of Manchester, states that it is not enough to foc­us on the food aspect if the issue of nutrition is to be tackled holistically. “A revealing statistic from NFHS (National Family Health Survey)-3 is that malnutrition among children below three years born to illiterate mothers (55 per cent) is more than twice the level (26 per cent) among mothers with more than 10 years of education. Thus both child malnutrition and education are strongly correlated with women’s social status,” emphasises Gaiha. He adds that, besides education, a lack of adequate awareness about breastfeeding, and the status of women in households and in ­society are among the major challenges that need to be addressed to tackle nutrition issues. Thus, the expansion of female education and employment opportunities is imperative not just to enhance women’s autonomy and social status, but also to achieve child nutrition goals and finally close this tragic chapter.