A Spool Of Filth

How Gujarat used state and police machinery to stalk a lady 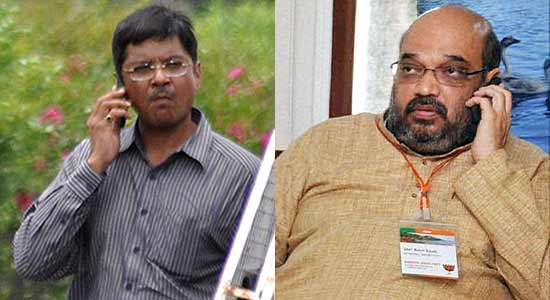 Snatches from the taped conversations

Amit Shah: She must have gone. Sahib comes to know of everything.
G.L. Singhal: Sir, our men are there and I am continuously checking the location with the mobile company.

Singhal: Sir, I have seen the place and the hotel. Men are well deployed and all arrangements have been made. The moment she leaves, she will be followed.
Shah: Get it checked whether she is inside or not. I am in a meeting with Sahib, just send the message “the guests are inside.”

Shah: I talked to Sahib and he got to know from someone that they did go outside twice. They went for shopping as well. Our men are not watching properly.
Singhal: Yes, sir. Security has been placed in such a way there that our men have to go there ostensibly to make enquiry about car insurance.

Shah: This evening the person is supposed to leave. That is the info with Sahib. Check out what flight it could be in the evening. Maybe GoAir. And has that man reached Bhavnagar?
Singhal: Yes sir…he has. I have checked out his location and he reached last night.
Shah: If this girl is going to Mumbai. make sure he does not go to Mumbai.

Suspended Gujarat IPS officer G.L. Singhal, an accused in the 2004 Ishrat Jahan murder case, has handed over hundreds of recorded telephonic conversations to the CBI revealing how three key wings of the Gujarat police—the State Intelligence Bureau, also known as CID Intelligence, the Crime Branch and the Anti-Terrorist Squad (ATS)—deployed their combined might to stalk a young woman in her 20s for more than a month in 2009. The surveillance-cum-telephone interception operation was mounted on oral orders, without any valid legal authorisation or paper work, and was meant to serve the interests of someone whom the then minister of state for home, Amit Shah, repeatedly refers to as ‘sahib’.

The illegal spying operation, in which Singhal has confessed to playing a key role, was initiated on the instructions of Shah sometime in July 2009 and continued for several weeks thereafter. The 267 audio recordings submitted to the CBI primarily contain telephonic conver­sations between minister Shah and officer Singhal. The latter recorded all conversations on his cellphone between August 4, 2009, and September 6, 2009. In at least half-a-dozen of these conversations, Shah has been recorded admitting that ‘sahib’ was taking an acute personal interest in the snooping on the woman and that he was relaying information thus procured to his ‘sahib’.

Shah was the minister of state for home in Narendra Modi’s team from 2003 until his arrest in the Sohrabuddin Sheikh fake encounter case in 2010. He is currently in charge of the bjp’s election strategy in Uttar Pradesh. Singhal, who was arrested in the Ishrat Jahan encounter case in February this year, was released on bail in May. He is currently under suspension as SP, state crime records bureau. 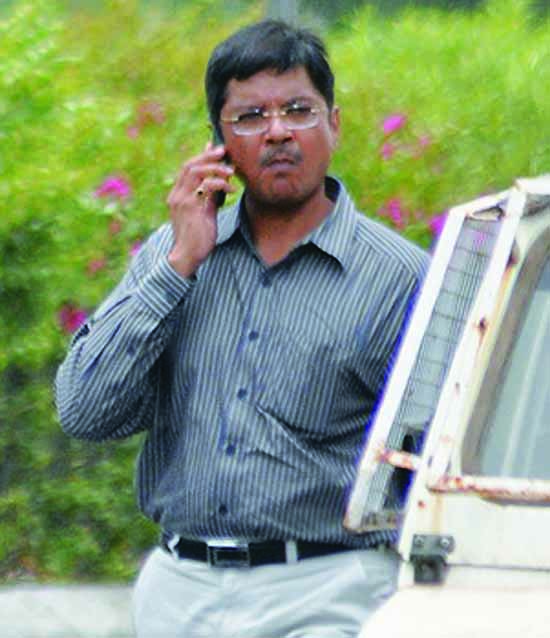 Investigative websites Gulail and Cob­rapost have accessed the entire set of recordings as well as three explosive self-incriminatory statements Singhal gave before the CBI in June this year. We have also obtained the 10-page panch­nama the CBI prepared while taking possession of the phone recordings from Singhal. To protect the identity of the surveillance victim, we have decided not to reveal her real name or location. For the purpose of this story, we will call her Madhuri.

“In the latter half of 2009, when I was posted as SP (operations) in the Anti-Terrorist Squad (ATS) at Ahmedabad, Shri Amit Shah had directed me several times to watch the movements of Shri Pradeep Sharma, who was then posted as municipal commissioner, Bhavnagar. He had also asked me to put a watch on a young woman named Madhuri (name changed). I had deputed some men of the Crime Branch (as ATS was short of subordinate staff) to follow her, as directed by Shri Amit Shah,” reads Singhal’s statement that was duly rec­orded by the CBI on April 17 this year.

The tapes indicate that for at least over a month the Gujarat police apparatus used its sweeping powers to rigorously monitor every private moment, every personal conversation and every daily mov­ement of Madhuri. She was tailed even as she visited shopping malls, res­taura­nts, ice-cream parlours, the gym, cinema halls, hotels and airports. When she took fli­ghts out of Ahmedabad, ord­ers were issued to put cops on the flight so that she was not out of sight even when she was flying. She was not spared even while visiting her mother in hospital. Strict orders were also given to clo­sely obs­erve and profile those who met her. Shah was particularly interes­ted in kno­wing the men she was meeting and whether she was alone or with some man when she checked into hotels in Ahme­dabad. Her phones and those of her family and friends were illegally tapped. Every bit of information was conveyed to Shah in real time, who in turn claimed to be relaying it to his ‘sahib’.

Such was the importance attached to the surveillance operation that many senior state police officials were instru­cted to personally supervise Madhuri’s movements and activities. Besides Sing­hal, the then inspector-general, Intelli­gence, A.K. Sharma; then deputy SP, CID Intelligence, D.B. Vaish­nav; and then DCP (crime) Abhay Chudasama were some of the other senior officers who were in the loop for the snooping. At present, Sharma is posted as joint commissioner of crime in Ahmedabad city. Vaishnav has retired, and Chuda­sama is himself in himself jail for stagemanaging the Sohrabuddin killing. 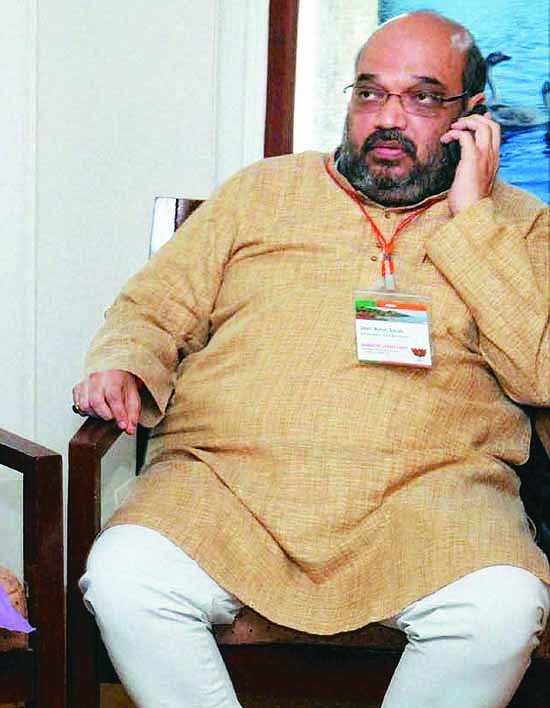 The disclosures in the Singhal-Shah tapes raise several disturbing questions.

Listening to the conversations, it is clear that the cops from the Gujarat ATS, CID Intelligence and the Crime Branch, whose job is to protect the life of ordinary citizens from organised crime and terrorism, snooped on an unmarried woman, without once questioning the blatant illegality of it. At many places in the tapes, Shah can be heard complaining that Singhal’s men were not doing a thorough job as ‘sahib’ was obtaining information about her movements from his independent sources and his information network was at times faster than that of Shah.

For instance, on August 9, 2009, Shah is heard saying in a panicky call to Singhal, “I talked to Sahib and he got to know from someone that they did go outside twice. I think our men are not watching properly. They are still there. They went for shopping as well and also moved out along with that boy who came to see her.”

A little later, Shah again rings up Singhal. “Today they are going out for a meal in a hotel. Sahib received a phone about this. So watch out as she is going with someone. It is the boy who is coming to see her. Pay proper attention. The fact is that Sahib gets all the information, so it leaves us in poor light (if our input is late).”

Singhal’s statements and the whole evidence reveal a telling modus operandi of the Modi regime. Officers like Singhal who were doing all the dirty work would take instructions from Shah who would freely use Modi’s name and mandate while asking the cops to indulge in all kinds of criminal activities. Is Madhuri the only victim of the state’s secret surveillance? How many more people—pol­itical opponents, human rights activists, journalists, witnesses, cops—have been snooped on? How did the snooping ope­ration on Madhuri end? This is a closet that only opens from the inside. Singhal has cranked it open, but just a bit.

By Ashish Khetan and Raja Chowdhury

(Ashish Khetan is publisher of gulail.com, Raja Chowdhury is senior correspondent with cobrapost.com.)