Chanakya returns, but unlike Twain’s Yankee, is baffled, wooden and without much agency 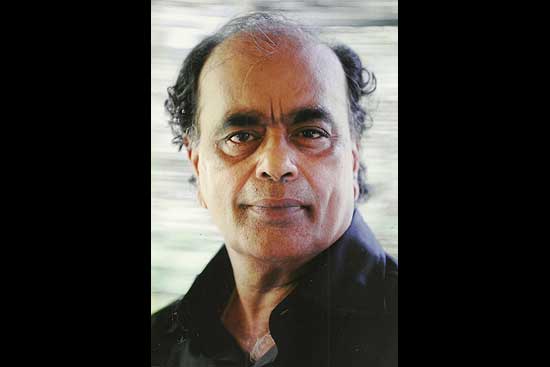 Timeri Murari’s novels are always surprises: he picks subjects which have nothing in common with each other exc­ept, perhaps, a penchant for politics. His last, The Taliban Cricket Club, was well executed. This one is a disappointment.

The novel has an interesting premise. Chanakya is reborn for the first time since the Mauryan era, and again bec­omes an advisor to a ruler of a state, but in democratic India. However, it’s not explained how he alone of all the countless souls so reborn should remember his previous life, and indeed, he seems to be more there than here. Modern technol­ogy, democracy, food, fashions, films are all a wonder to him. It’s as if he moved straight here from there, like Twain’s Connecticut Yankee to Arthur’s court.

Strangely enough, I was reading the Twain novel just before I got this one. Twain’s hero is more interested in tec­h­nology, and of course has the advantage of having moved back in time;  but he has a good deal to say about politics and in favour of democracy. If Chanakya has been reborn in our era, what has he to offer? What does he bring to the table, in the way of either virtues or vices, which we lack? This question is not answered adequately. Chanakya is more commentator than player.

It’s not fair to compare A Connecticut Yankee with Chanakya Returns, except to lament the missed opportunity of achieving another tour de force. Twain shows us what happens, and how; Murari tells us what happens. It’s one thing to say the ruler and his government are corrupt; it’s another to show it. That’s the difference, and makes Murari’s characters for the most part appear wooden. Even Chanakya, telling the story, doesn’t come through stro­ngly. I remember Satyadev Dubey playing the part in Bharat Ek Khoj, and I got more out of his half-hour characterisation than out of these 250 pages.

It’s tempting to question if it is really Chanakya who directs the course of events. They could be put down to just happenstance.

The storyline is effective (it would probably work as a film) and I don’t want to give too much away, because there’s a punch at the end. Chanakya is advisor to the ‘president’ of an unnamed state. For his own reasons, he wishes to supplant him with his (the president’s) only child, Avanti. She is torn between love of her childhood sweetheart, now a filmmaker, and love of power. There is a range of characters, from Avanti’s mother to a forest guerrilla, who flesh out the story.

There are plenty of quotes from the Arthashastra, of course, but this critic is tempted to question whether it is really Chanakya who directs the course of events. They could equally satisfactorily be put down to happenstance. There is also lots of Murari’s own philosophy, some of which reads well:

“Children understand love better than adults, which is why we regress when we fall in love. Love is the control adults use to discipline their young.... At times, and we don’t know how, our features are fashioned by the parent we esteem and love more. As she ages Avanti will become her mother.... Have you considered that even the universe could be puzzled by its own existence, and searching for its creator? It wants an explanation for why it came into sudden being in five seconds, when it had been sleeping peacefully for an eternity.”

Unfortunately, the action doesn’t live up to this profundity. More brain than brawn, mind than muscle. Certain episodes are good: Chanakya’s two meetings with the guerrilla; the scenes involving Avanti’s mother, Shakuntala, some scenes with the film actress Siggy Chopra. But not enough is made of either the president’s menacing chari­sma or Chanakya’s own role. And there is so much gratuitous sex: that is far too often shovelled in these days by writers who shouldn’t need it. What remains in the mind is tired and uncertain writing (the tenses especially behave wilfully), strange in such an experienced author.

When you find a bad grammatical error halfway through the first paragraph of the book, you know two thi­ngs: one, either the editor or writer is not interes­ted, and two, there are going to be more errors in the following pages. Chanakya Returns is flawed by lack of care in writing and very poor editing. There is nothing any more—if there ever was—to set Aleph apart from the rest. It appears Murari is working on more novels about the reborn Chanakya. I’ll read them; I hope they are written in lan­guage as vigorous as Chanakya’s Sanskrit.