A Singular Yet Lesser Win 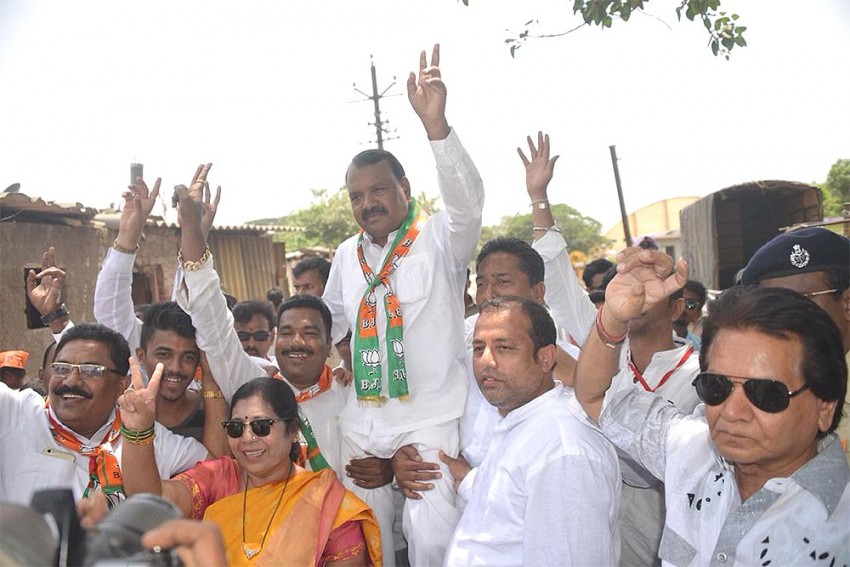 Power-Shift
Rajendra Gavit had joined the BJP just before the bypolls he won
Prachi Pinglay-Plumber June 06, 2018 00:00 IST A Singular Yet Lesser Win 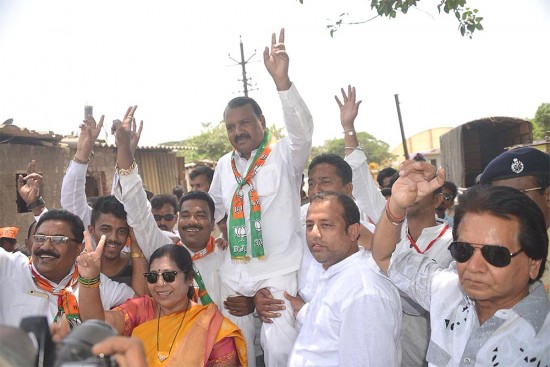 The outcome of the Palghar Lok Sabha bypoll in Maharashtra is a classic case of how no one wins and everybody loses. Def­ections of senior leaders from the BJP to the Shiv Sena and the Congress to the BJP make it hard to tell if people supported the candidate or the party. With former Congress leader Rajendra Gavit as their candidate, the BJP emerged the winner—its only victory in the recent parliamentary bypolls. The BJP lost Bhandara-Gondia—the seat Nana Pat­-ole had vacated when he quit the BJP over farmers’ agitations—to the NCP.

The Palghar seat had been held by the BJP’s Chintaman Vanaga, who died this January. His son Shrinivas joined the Shiv Sena ahead of the bypolls saying the BJP did not treat the family well. This bypoll marked the first major contest the BJP’s coalition partner in the state faced after it announced its decision to go solo in the future. “We only supported a family that has worked for years in this region,” Sena chief Uddhav Thackeray said in a television interview. “The BJP had plans to field another candidate…the CM himself said he was in talks with Gavit.”

READ ALSO: Symptom Of Transitional Hiccup, Is It?

To take on Vanaga’s son, the BJP went all out, getting all the big names like Maharashtra CM Devendra Fadnavis and Uttar Pradesh CM Yogi Adityanath to campaign for Gavit. An audio clip of Fadnavis allegedly asking party workers to get votes using “saam, daan, danda, bhed”— an allusion to using all means necessary—became a bone of content­ion, with the Congress officially complaining to the Election Commission about it, besides alleged distribution of money.

Sena leaders claim the margin of 29,572 votes would have been covered if all the EVMs worked properly. “The Election Commission should now consider the use of paper ballot seriously, like it is the world over. EVMs are suspect,” says senior leader Neelam Gorhe. BJP leaders, however, are convinced of a clear mandate for the party and for devel­opment. “The campaign focused on the development work initiated and completed by the CM. This victory is a result of that,” says senior leader Madhav Bhandari. “When leaders join the BJP from other parties, it means they are agreeing to our ideology. Our party is not changing. Those complaining about EVMs and other things are doing so only because they lost. People also saw Vanaga’s leaving the BJP as a betrayal and hence stuck to the party.” And yet the BJP’s votes dipped considerably—from 5,33,201 in 2014, when the Sena had not contested separately, to 2,72,782 in this bypoll.

Gavit’s former party, the Congress, came fifth—after the BJP, the Sena, the BVA and the CPI(M)—with the candidate forfeiting the deposit. With Gavit, who is given credit for the formation of the separate district of Palghar, joining the BJP at the last mom­ent, the Congress had been left with few options. “The way the BJP is bringing in leaders from other parties shows how desperate they are,” says former CM Prithviraj Chavan. “They are now below the halfway mark in the Lok Sabha and won’t stop at anything over the coming months, using even their money power. The other parties will have to come tog­ether to ensure a win like in Karnataka.”

Gavit, however, remained unavailable for comment on his shift to BJP and his plans for the constituency. Palghar, though close to Mumbai, has a vast Adivasi population living in areas such as Jawhar, Mokhada and Vada. It also has the farthest suburb of Vasai-Virar with a highly dense population of mig­rant workers, fishermen and other local communities. While some areas suffer acute water shortage and malnutrition, elsewhere infrastructure development has failed to keep pace with the number of people pouring in, largely because of the suburban railway.

None of this, however, really figured in the high-pitch campaign. “No one took up any of those issues,” says social act­ivist Vivek Pandit, a former MLA. “If the Sena and the Bahujan Vikas Aghadi (BVA) had come together, or with any other combination of two, they would have defeated the BJP. But it became a five-corner fight.”

Interestingly, though they had not made it an election issue, all the parties except the BJP came together a couple of days after the results to protest against the proposed Bullet Train project.