A Shooter Bonds With His Gun 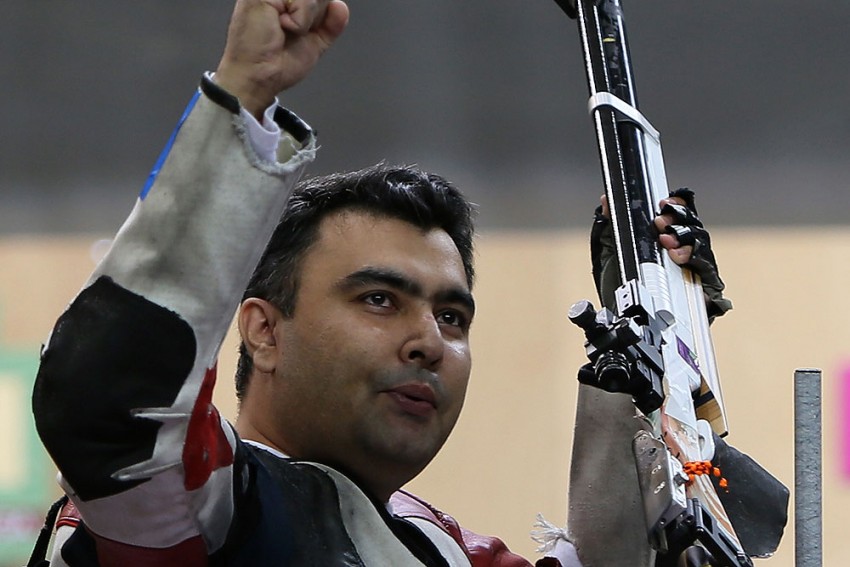 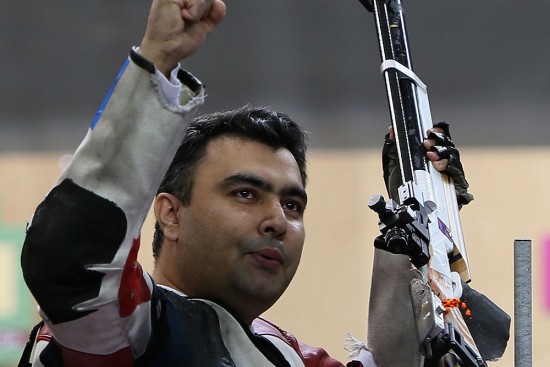 Time has passed by so quickly that India’s leading rifle shooter, Gagan Narang, may have to pinch himself to realise that, come Aug­ust, he would be competing in his fourth straight Olympics in Rio de Janeiro.

The 2012 Olympic bronze medal winner in 10-metre air rifle event says he’ll put his best foot forward with the aim of changing the colour of the medal to yellow. “Everyone expects to win a medal. I’ll give my best,” Gagan tells Outlook.

Gagan, 33, is confident of using his vast experience to perform better than in Athens, Beijing and London. “I’d imagine so. But there have been a lot of changes in the rules and the game has advanced too. We’ve kept pace with it. The man and the machine—my gun and ammunition—have to be in sync,” he says. “However, there’ll be external factors, like the weather and little logistical issues. But I’m hoping to return with better scores and a better medal.”

Theoretically, Gagan can win up to three medals, in the three events he will compete—10m air rifle, 50m rifle prone, and 50m rifle three-position. And he is aware that one of his opponents in 10m air rifle would be 2008 Olympic gold medallist Abhinav Bindra.

“Comparisons are bound to happen. But shooting is very individualistic. You are your biggest friend and biggest enemy on the field,” Gagan emphasises. “There’s not a chance to get bogged down by what the others are doing. If your gun/ammunition/mind/muscles malfunction, twitch or you shake, then you have to pay for that.”

Recalling his 10m air rifle bronze-winning effort at the 2012 Olympics, Gagan says he had reached London a week before the event. “On the one hand I was in the city of James Bond—whose Walther brand I shot with—that has intrigued me since childhood; on the other, it was time to deliver the goods,” he says. “And the presence of my mental trainer Vaibhav Agashe helped calm the nerves.”

The Hyderabad-based Gagan had prepared “very meticulously, to the extent that I weighed each pellet”.

Gagan qualified for the final round in the third position. In the finals, he shot the same as gold medal winner Alin Moldoveanu of Romania (103.1 points), but overall, he finished third with 701.1, behind Moldoveanu (702.1) and Niccolo Campriani of Italy (701.5).

“There were a plethora of thoughts going into London. I was in my prime and there were lots of hopes were pin­ned on me. Olympic Gold Quest had invested five years in me, to help me get to where I was. Then there were a lot of people who doubted my abilities, saying that I had turned into a businessman by opening ‘Gun For Glory’ [in Pune], which actually is a not-for-profit academy. So, I needed to prove to them—and above all to myself—that it was in me to win. Hence the win was hugely satisfying,” he says. Then, congratulatory messages poured in. “I was very touched by a friend sending me a grab of the Amul advert that said ‘Door Gagan Ke Chaon Mein’. I thought that was the cutest tribute I got.” 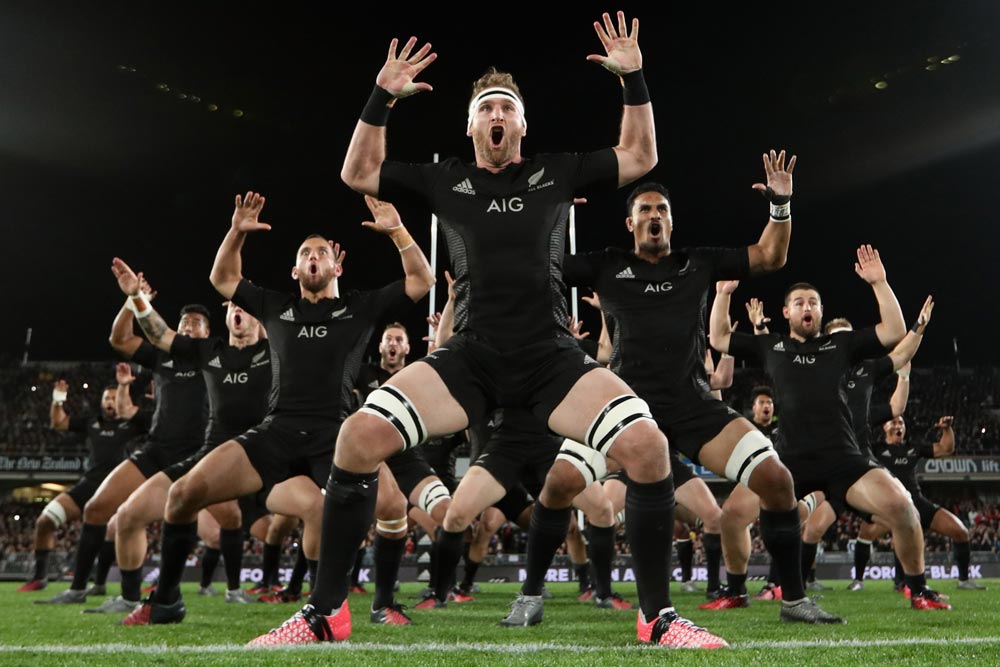 Teams from New Zea­land often perform the Haka, a Maori war dance. But as the country’s bas­­ketball team grooved before a qualifier against the Philippines, they were booed. They were also drowned by loud music. In an earlier sho­­wdown with France, the Kiwis had to listen to Canada’s national ant­­hem—before organisers found the correct verses. 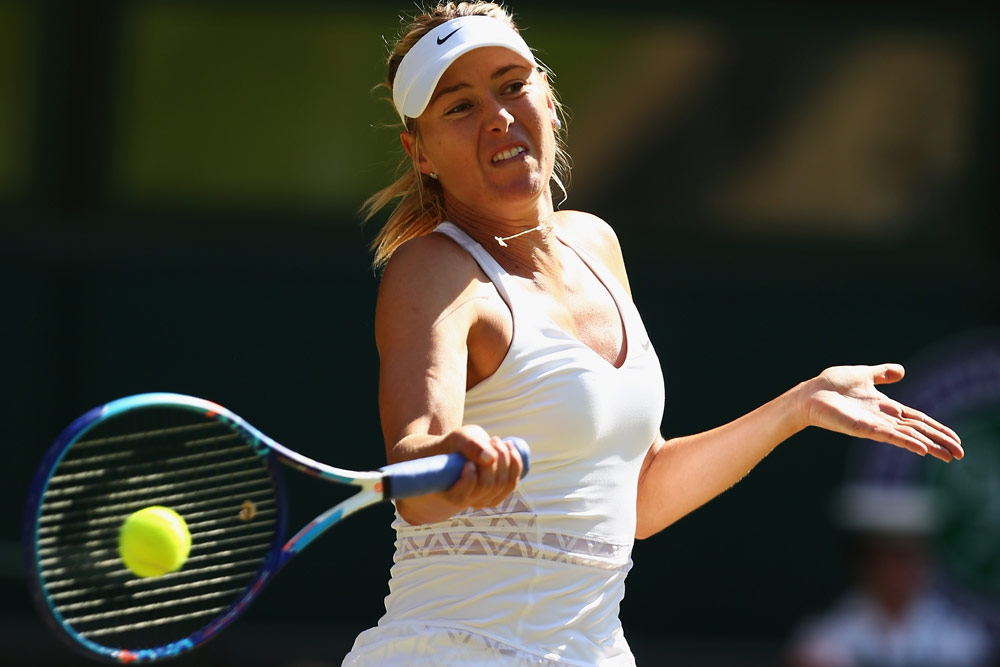 Star Minus
Maria Won’t Be There

One familiar face that will not be seen in Rio is that of Maria Sharapova. The 29-year-old had tested positive for meldonium in January and was given a two-year suspension by the ITF. Her appeal against the ban will now be heard in September, making her the latest high-profile athlete to miss Rio. 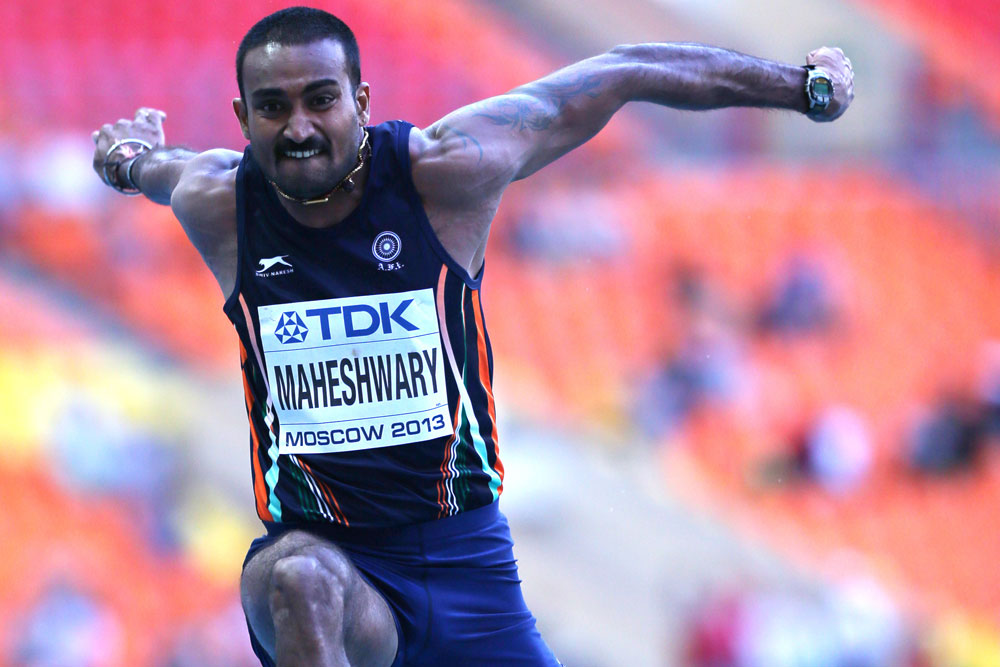 So far, the Indian Olympic Association will be sending 120 athletes to the Games in what is already India’s largest delegation ever. The latest additions to that burgeoning list were triple jumper Renjith Maheshwari and sprinters Dharambir Singh and Jinson Johnson. Maheshwari and Singh also broke national records while qualifying, with the former bettering Arpinder Singh’s mark of 17.17 m by 0.13m. The latter trumped his own record of 20.66s in 200m, clocking 20.45 seconds. The Indian 4x400m relay team has also booked a passage, with a strong performance at the Indian Grand Prix in Banga­lore. The team scampered on for a timing of 3:00:91—the second highest timing in 2016, with only the US team bettering them with 3:00:38. Mean­while, Rohan Bopanna rem­a­INS miffed with the AITA. It’s been over a month now that his request to partner Sak­eth Myneni at Rio was tur­ned down. Bopanna says he got the news from the media and has ruled out par­­tnering Leander on tour. 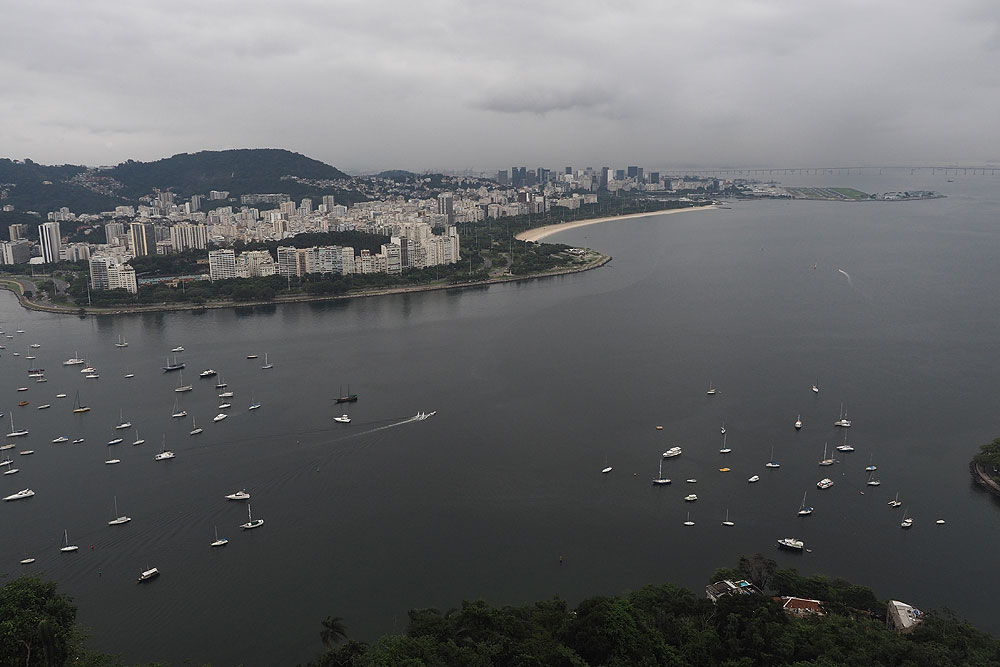 In Rio
Being Battle-Ready

Before its onset, the Rio Olympics has been marred with delays in construction, political crises and fears surrounding the Zika virus, with athletes pulling out, the latest being high-profile golfer Jordan Spieth. However, according to the IOC, the country has pulled through and Rio is “ready to welcome the world”. Nawal El Moutawakel, in-cha­rge of overseeing preparations, has made her last visit to the city and has given a thumbs-up to the event. Addressing the problem of infected water at the Guanabara Bay, which is said to have affected two athletes already, the organisation says that water quality is “much improved”. They added that the equestrian venues and the velodrome were in the final stages of preparation and would be ready for the games. The WHO had said earlier that there would be no restrictions in travel during the Olympics, even to areas threatened by the Zika virus. “The Games will take place during the winter months of August and Sept­em­ber, when the drier, cooler climate greatly reduces the presence of mosquitoes and therefore the risk of infection,” says the IOC. 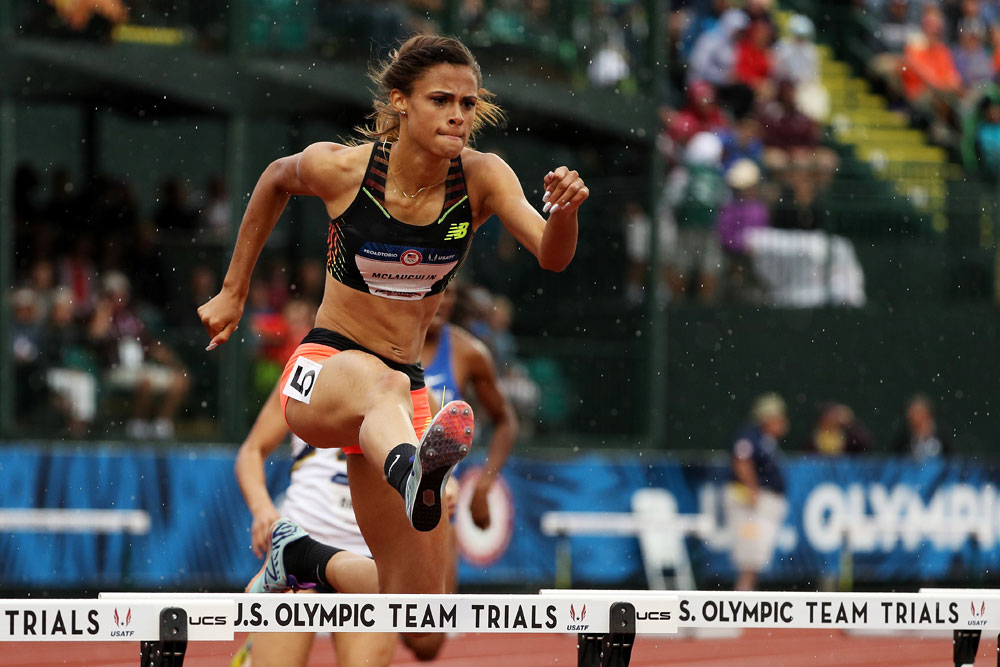 Sydney McLaughlin, all of sixteen, has become the youngest US athlete to make her way to the Olympics since a 19-year-old Carl Lewis in 1980.

It's All Guns And No Roses