A Sharing Of Instruments 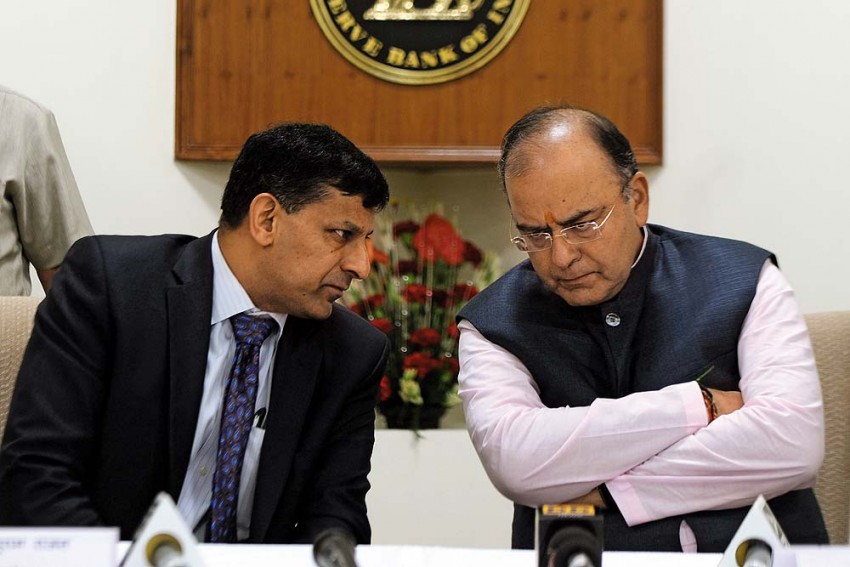 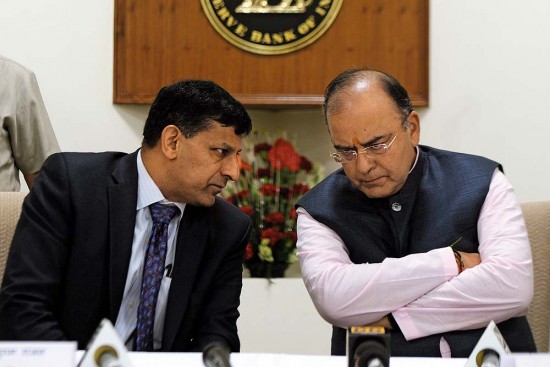 Like many other things, the Reserve Bank of India has come late to the party. And it has celebrated with a rate cut. Announced on Wednesday morning, outside its usual, scheduled policy review cycle, the RBI cut the benchmark rate by 25 basis points. This is questionable.

What’s curious is the timing: it seems to indicate that the RBI is returning a favour to the government for having signed the monetary policy framework agreement. Signed between the RBI and the Union finance ministry on February 20, it enjoins the RBI to bring inflation—as measured by consumer price index (CPI)—below 6 per cent by January 2016, and thereafter strive to keep it at 4 per cent (with an error margin of plus/minus 2 per cent). Any deviation will be considered a failing, requiring an explana­tion.

The monetary policy framework with a single nominal anchor was recommended by an RBI-constituted expert committee and chaired by RBI deputy governor Urjit Patel. The choice of CPI (combined) as nominal anchor is also in keeping with similar recommendations made by earlier committees, such as the Raghuram Rajan committee and the Percy Mistry committee. It would thus seem that a chorus of orchestrated voices, seemingly with an aligned ideological perspective, has managed to refashion the RBI’s role and purpose.

What is disquieting is the way it tilts at independent monetary policy. The decision also comes at a time when there is an attempt to steadily erode the RBI’s independence (however limited), either through curtailing its powers or through unilateral transfer to the executive, as evident in this budget.

The first is a move to amend Section 6 of Foreign Exchange Management Act (FEMA), which empowers the RBI to control foreign exchange flows. Arun Jaitley stated in his budget speech: “Capital account controls is a policy, rather than a regulatory, matter. I, therefore, propose to amend, through the Finance Bill, Section-6 of FEMA to clearly provide that control on capital flows as equity will be exercised by the government, in consultation with the RBI.” The immediate provocation for this is believed to be an embittered separation process between a leading Indian conglomerate and a foreign telco; to make matters worse, RBI rules on put options in share agreements delayed a settlement. Eventually, though, the RBI is believed to have made exceptions to its rules for this deal.

The second is the setting up of a public debt management agency “which will bring both India’s external borrowings and domestic debt under one roof”, which are all under the RBI’s watch currently. There is also no clarity on the nature of the agency—will it be independent, will it be under the finance ministry or quasi-autonomous? This clarification is necessary because a debt management agency should be in a position to either influence interest rates or take the punch-bowl away in times of excessive fiscal expansion.

In the aftermath of the RBI’s war-mode attack on inflation and inflationary expectations, influential voices have been demanding that its powers be curtailed or stripped. Many blamed the RBI, wrongly of course, for the current economic slowdown. This is not peculiar to India. With a prolonged global slowdown prompting countries to elect conservative candidates, central banks have felt the heat in Israel, Japan and Hungary.

The decision to forge a new monetary policy agreement, especially when aca­d­emics are questioning inflation targeting, has some unexplained areas. First, the RBI has no control over half the constituents in the rebased CPI index (food or fuel items), so this raises questions about influence monetary policy action can have on price behaviour. Second, the RBI has complained in the past about the quality of data collection and analysis, but is willing to submit itself to be judged by the same touchstone. Three, there is an undeniable, but com­­plicated relationship between employment and inflation. The latest economic survey highlights the dis­tortions in une­mployment data; this compact is then bui­lding a framework using the bedrock of two publicly ackn­owledged noisy databases. Four, the transmission route and the time-lag bet­ween monetary policy action and its impact on the price line is unclear; the RBI’s brave promise the­refore to hold down the price line to a specific number using monetary policy is surprising.

The final picture will emerge when monetary policy committee members are selected. One hopes they will be independent professionals, selected not for their political beliefs but their understanding of monetary economics. Finally, one also hopes that the RBI governor will get to have the last word on that committee.

‘We Should Not Be So Scared Of Foreign Investors’