Is the slowdown behind us, has India really turned the corner? Not everyone’s convinced. 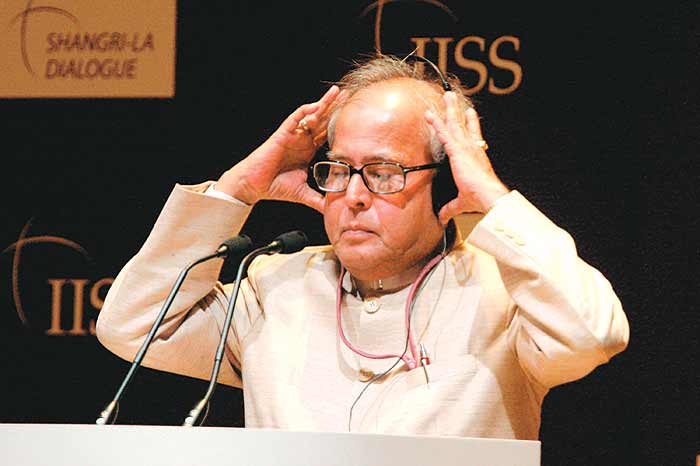 Our finance men are talking the talk, but does it add up?

Just a month ago, the Indian economy was teetering at the edge of an abyss. But almost as if on cue, the New Year has shown us how quickly things can change. The pallbearers are quiet, as a spate of good news—negative food inflation, better manufacturing numbers, a stronger rupee helped by foreign investment inflows etc—has “lifted sentiment” and freed up “animal spirits”. Many share finance minister Pranab Mukherjee’s optimism that India has tided over the worst and “the moderation in inflation will continue in the coming months”.

Has the slowing ‘India growth story’ really turned a corner for the better? Well, the government is certainly enjoying a spell of good news on the economic front after a long time. That’s a welcome break after being accused of, among other things, perpetuating policy paralysis—the reason behind Indian companies “shifting operations overseas”. An upset India Inc is also quieter, perhaps prodded by Prime Minister Manmohan Singh, who had last month chided corporate heads for airing negative comments about government policies.

So, what are we to make of these green shoots? Economists and market observers agree there is some optimism, albeit with a dose of (understandable) caution. Though it hasn’t touched interest rates, there are expectations that the RBI may follow up the cash reserve ratio (CRR) rate cut with more monetary measures to boost growth sentiments. The government is also expected to come through with some policy initiatives in Budget 2012. Then, the Euro crisis also seems to be under control. The numbers from the US aren’t looking too bad either.

“It’s very hard to talk bearish when the market is bullish. The on-ground fundamentals, however, haven’t changed.”

“I think the optimism is more in the financial markets and is only slowly seeping in the investment community. The business community is far more pessimistic,” HDFC Bank chief economist Abheek Barua points out. When contacted, Thermax chairperson Anu Aga, one of the corporate CEOs who’s been critical of government functioning, agrees with this view. “I don’t see any sign of anything happening really that requires optimism. There have been several discussions but nothing has actually translated into action,” she says.

The key concern is that inflation has not been licked yet. “We should be concerned that longer term factors (that led to high inflation) still have to be tackled,” says Shashank Bhide, senior fellow at the National Council for Applied Economic Research (NCAER). Fact is, given the last two years of high inflation, we have come to a different level of prices that are almost 20 per cent higher than those in 2009. This is more so in the case of most food produce, including milk, poultry, meat, fruits, processed food etc.

Market sources contend that with parts of the country like Marathwada, Karnataka and Tamil Nadu facing shortage of rainfall, there is bound to be some adverse impact on food prices in the months to come. So far, data on sowing in winter also shows some drop in acreage under edible oil seeds, pulses, coarse cereals and rice.

But food and consumer affairs minister Prof K.V. Thomas is not worried given the comfortable foodstocks position. On food inflation, the minister dodges the bullet, “Food inflation is not something we can predict. Last year, predictions on food inflation went wrong on many occasions.” But he does admit that there are certain “basic issues” with food supply and management that need to be addressed.

The experts, though, are still worried. Pointing out that inflation has gone down primarily due to the base effect, National Centre for Agricultural Economics and Policy Research (NCAP) director Ramesh Chand says, “Once that tapers down, inflation will go back to 7-8 per cent, even if there is no drought.” Similarly, Planning Commission principal advisor Pranob Sen feels inflation expectations cannot be ruled out as yet. However, there’s a silver lining—prices of many globally traded commodities, particularly farm produce, are easing. For India (which depends on imports for a substantial share of its pulses and edible oil needs), this is indeed good news.

Inflation may be muted for now, but the bigger concern, voiced by NCAER’s Bhide, is that “investment spending by the private sector has dropped”. Other experts cite the government’s lack of resources to push infrastructure investments while the private sector is in “wait and watch” mode. “The high subsidy is simply eating into the government’s ability to invest in infrastructure. So it’ll definitely impact growth. There is plenty of room to cut subsidies but politically it is difficult,” says Planning Commission’s Sen.

As uncertainties persist about global growth, experts are banking on the domestic market to sustain growth through a government-led initiative to boost private sector infrastructure investments. Despite the recent upsurge, industrial growth remains weak (it doesn’t help matters that the data is dodgy). Unlike in 2008, the government is clearly not in a position to offer any stimulus packages to prop up industry given its overstretched finances, a ballooning subsidy bill and fiscal deficit that is set to miss the target.

Making matters worse are the potential risks. For instance, the impact of a volatile rupee, continuing policy inaction, the international scenario worsening, all of this could result in investment decisions not picking up. “It’s very difficult to talk bearish when the market is bullish. There is optimism because of the expectations related to certain events. The on-ground fundamentals, however, haven’t changed,” says Raamdeo Agarwal of Motilal Oswal Securities.

Economists have been at pains to point out to the government that unless steps are taken to rein in subsidies and fiscal deficit, the aim of promoting private investment and high growth are difficult. In fact, growing fiscal deficit is an added pressure to inflation risks. As RBI governor D. Subbarao points out, it is not just global factors but the unhealthy fiscal situation, high interest rates and policy and administrative uncertainty that are playing spoilers. A spot of good news doesn’t change this harsh and worrying reality.

By Lola Nayar with Arti Sharma in Mumbai

Safari-Suited Idealists: Elegy For Another Country