One more metaphor to live by—democracy is good for business 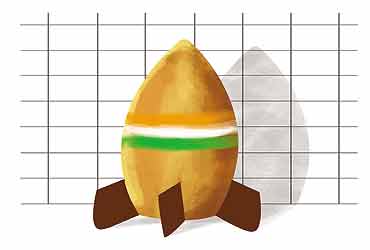 outlookindia.com
-0001-11-30T00:00:00+0553
I remember when I was the president of CII, way back in 2003 when GDP growth was still loitering at levels of lower than 6 per cent, my job—weird as it may now sound—was to talk up the economy. I remember telling the finance minister that growth was "bubbling under". I suppose now I can truly say that growth is "frothing up". At that time, capital expenditure and credit offtake was beginning to ramp up, and we were talking about competing with China, but the reality of infrastructure and growth did not match up to our claims. So I would tell investors to focus on the important change in our ‘mindscape’ rather than in our physical landscape; that unlike in Shanghai, the skyscrapers were being built in our minds, and that brick and mortar ones would follow.

I think the transformation of our mindsets was first triggered by the IT industry, whose impact on our global brand equity altered our perception of ourselves. The successful and audacious adventures of global Indians further raised our ambitions. The proliferation of Indian media then gave us a variety of mirrors to ourselves, and we finally began focusing on ourselves rather than looking outwards for role models.

The outcome of all this is the steroidal growth in entrepreneurship. There is such an incredible level of entrepreneurial activity in India today, that if I miss even a day’s work, or am away travelling, I feel like I have missed out on something. The opportunity cost of being away is huge because this is an exciting time to be home, and to be productive. Small wonder that I am called a terminal optimist. But having said that, I think the key for us now—post-Davos—is to manage expectations, to shape the hype. India is still a vastly difficult landscape to understand, to negotiate, to be successful in. We need to communicate that while we are competing with China, we are nowhere near our full potential yet. We need to talk about our roadblocks and roadmap for clearing them, and focus on what I call the virtuous nexus between the apparent chaos of democracy and our aptitude for innovation.

Of course, we already do better than China in some important ways. China has a 50 per cent rate of savings but it is remarkably inefficient in terms of what they turn out with that. So, their incremental capital output ratio (ICOR) is poorer than India’s. India uses its capital more efficiently. China needs more investment than what we would need to turn out that 9 per cent growth. So, in a sense, I worry about the flood of investment, of the kind that went into China because that could lead to us being inefficient. Ultimately, to be competitive, it is good to not be awash with indiscriminate capital.

Apart from the ‘less is more issue,’ I think the key differentiator for any company is going to be innovation. In 2002, we said that each of our companies needed to demonstrate a measurable level of innovation, such as ‘X’ per cent of turnover emanating from new products or services. If we agree that innovation is the key, then we need to tell people our strength lies there and that yes, infrastructure will follow. Don’t come to India because it is a hedge to China or it is a second satellite manufacturing facility. It’s not a sweat shop for labour; it is a sweat shop for brains.

It follows, then, that our great strength lies in our democracy, whereas the world has seen it as a disadvantage compared to China. Democracy has been derided as meaning that we talked more and did less—the argumentative Indian. But all of that means we are more versatile and are much stronger at idea generation. I think our innovation will push governments to deliver on infrastructure. Our increasing affluence, aspirations and demands from corporate India will put pressure to deliver on power, water, better living conditions. So, I think we are entering the first phase of a virtuous cycle now.

Toyota did a global survey before setting up its facility for Innova, the low-cost SUV, and found India came up on top on the basis of what they call the "all in cost" which means that, in India, they can get better expertise and more value engineering. Thus, we can be a hub for a low-cost SUV and I don’t believe the government should decide that we can only be a centre of production for small cars and that duty should be reduced only for them.

However, the reason we will see Indian MNCs emerging goes beyond our comparative advantage in services or manufacturing. One of our strengths is our managerial competence. Our managerial excellence means we can succeed in any sector, anywhere. I think we are building the architecture of the Indian MNC as we go and it is going to present a different set of challenges from those faced by the early western MNCs. For instance, western executives would be paid more than Indians. If we match standards abroad then how do we bring them back? We realised that while western executives would want to return home, Indians might not. So, we are creating a global leadership cadre to manage our overseas businesses. But most importantly, I think Indian MNCs will be defined by their humility. Of the 15 Indians we sent to China, more than half report to Chinese bosses. I think we will be accepted better because we will localise decision-making more.