A Rash Of Good Turns 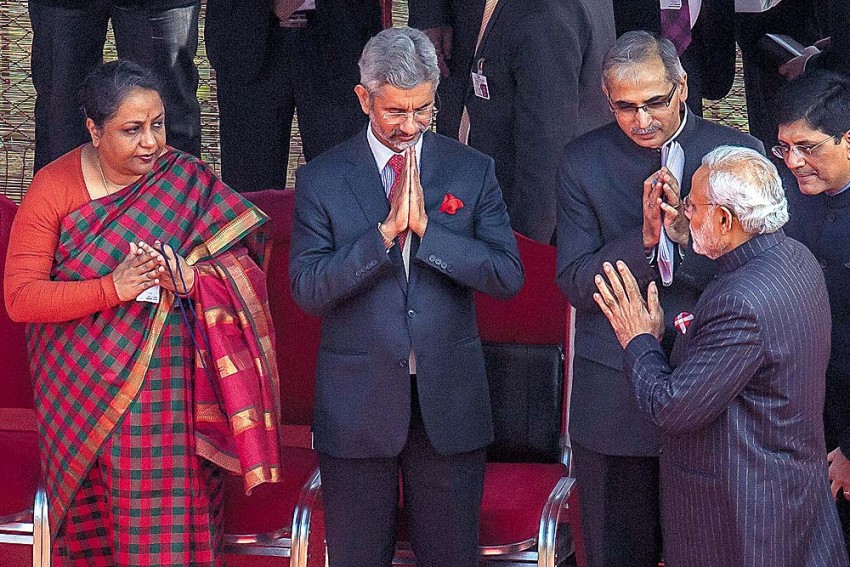 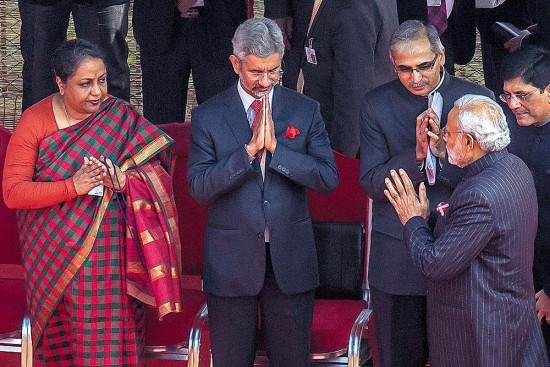 Sixty-year-old Subra­hm­a­n­yam Jaishankar’s app­oin­t­m­ent as India’s for­e­ign secretary on Wed­nesday night may sound dramatic, but it’s not surprising to watchers of South Block politics. He’s been a serious contender for the post for the past two years. The Cong­ress PM, Manmohan Singh, was equally keen to see him as head of the Indian Foreign Service. But he gave up on his choice when senior party colleagues argued that Jaishankar’s appo­i­ntment over Sujatha Singh, a year senior to him in service and also the topper of her batch, could unnecessarily create disquiet among the ifs cadre.

When Narendra Modi became PM in May last year, his name once again sta­r­ted doing the rounds. Modi was keen to see him appointed as a key advisor of his foreign policy team. But Ajit Doval’s presence (Jaishankar’s senior as a civil servant and also a confidant of the PM), created a problem. Jaishankar was not willing to come in as deputy national security advisor when Doval became the nsa, even though he was offered the post. The fact that he would then have to report to Doval and not dir­ectly to Modi might have been the reason for refusing to give up on the ambassador’s post in Washington to move to Delhi.

Jaishankar’s stock with the Modi government continued to rise when he succeeded in putting Indo-US ties back on track while also ensuring that the PM’s visit there last September was extremely successful. He followed it up by convincing the Obama administration to accept Modi’s R-Day invitation. The successful Obama visit only cemented his position for the top post in the ifs.

Sujatha, on the other hand, was always seen as a little out-of-step with the BJP government’s desire to break new ground on foreign policy, and never really managed to earn the required trust and confidence of Modi.

While Jaishankar’s appointment ends the aspirations of many senior diplomats to the top post, it also cre­a­tes space for a major shake-up in the mea and appointment of new ambassadors to many key Indian missions.

Jaishankar has been posted in many key missions around the world, inclu­d­ing China, Japan and the Czech Rep­ublic and holds a PhD on nuclear diplomacy. However, an interesting anecdote during his posting as India’s ambassador to China (2009-’13) is perhaps relevant now. Towards the end of his tenure in Beijing, he started developing a rash on his face and body parts and despite medication and a change in his diet, it refused to go. The rash could well have been due to air pollution in Beijing or something he ate while there. But miraculously it vanished within months of his being posted to Washington. Since much of his time and energy will now be spent on implementing the Indo-US strategic partnership to deal with China, one only hopes he does not develop a new variety of it.