A Rage That Can’t Be Voiced

The callous, ruthless, cynical way in which a citizen is exploited rea­ched out to me 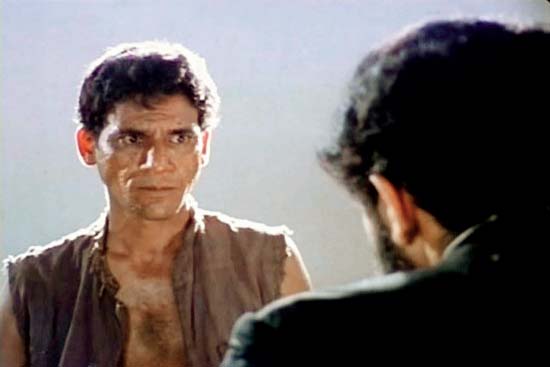 Aakrosh was based on a real incident that took place in Bhiwandi near Mumbai, a town known for its looms and the textile industry. Marathi journalist-turned-playwright Vijay Tendulkar was doing research for the Homi Bhabha scholarship programme on the emerging patterns of violence as expressed in Indian theatre. He followed the Bhiwandi incident closely and it eventually led to the script of Aakrosh.

I was deeply moved by the story of the poor tribal Bhiku Lahanya, who had no way to defend himself. The callous, ruthless, cynical way in which a citizen is exploited rea­ched out to me. The film pointed out to the larger plight of the underprivileged who don’t know how the system works. There is no support for those not educated in the system to help them negotiate it well when they get into any trouble with the law. They can’t engage good lawyers to fight for them. The initial, normal reaction of these people is to blame their fate: ‘kismat hi aisi thi’. But utter helplessness contributes to frustration and anger. The way Lahanya reacts, his silent protest, stands for the seething anger and helplessness in many others. There was criticism as to why he needlessly killed his sister in the climax of the film. For me, it was an extreme expression of helplessness. His wife had gone through a terrible fate and he didn’t want to leave his sister vulnerable to anything similar. He knew there would be no one to take care of her and protect her once he is hanged, or even left to rot in jail.

The deafening scream of the otherwise silent Lahanya in the finale left everyone stunned. It wasn’t pre-written, but done spontaneously. Om Puri had gone through such a gamut of emotions in the course of shooting the film that he didn’t need to act at all in the last scream. It just poured out of him.

The recent Badaun case is another link in the chain. The investigating agencies have made things confusing and complicated. The truth itself has been made baffling and is up for question. It’s disturbing that this can be done. Those with clout—political as well as financial—have become invincible, and can get away with anything. The poor suffer.

If I were to take a humane view, I’d stand for the abolition of capital punishment. Then, suddenly, you are faced with something like the Nirbhaya incident or the abuse and killing of kids. It makes me take the view that in the rarest of the rare cases it can be retained, depending on the good judgement of the honourable Supreme Court. When we call for the abolition of capital punishment, we think of the person alleged to have committed the crime. We don’t think about the people at the receiving end of his crime—their families and friends who are seeking some kind of a closure. It’s an emotional issue, not an easy one to opine on. I haven’t arrived at a final decision on it.