A Punishing Rack At Close Of Play 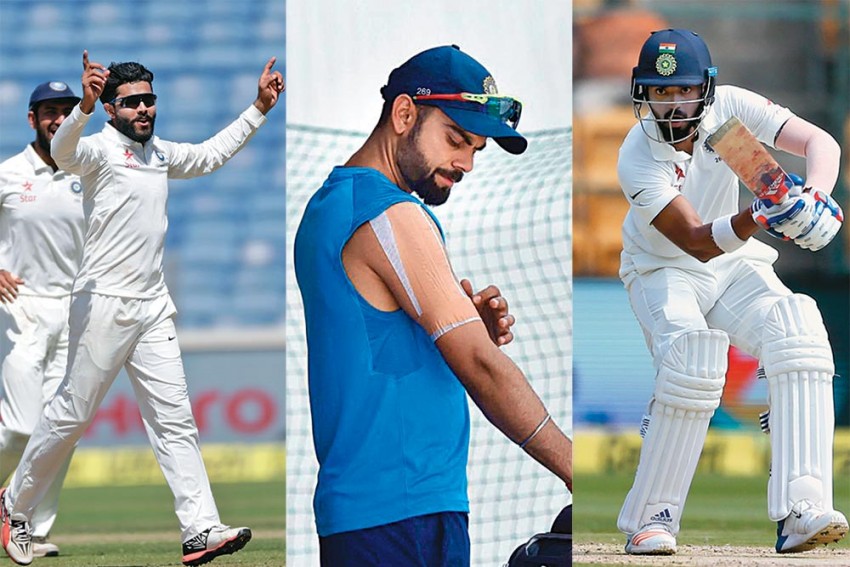 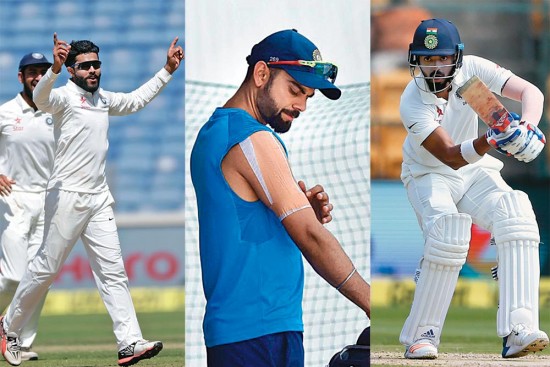 That old, discomfiting question has again raised its head: Is the BCCI making Team India play too much cricket than their bodies can take, risking more injuries, as has happened? Cricketers representing the nat­­ional team have virtually been on the road for six months, ever since the home season began with a Test series against New Zealand on September 22. And the non-stop cricket caravan continues, now in the form of IPL, to be followed soon by the ICC Champions Trophy. To be precise, the gap between the IPL and the Champions Trophy, starting on June 1 in England, is a mere eight days—hardly the space players require to recoup. That means more workload for Team India players, the core of which is usually the same across the three formats.

Most alarmingly, by the time the Champions Trophy final is played on June 18—assuming def­e­nding champions India reach that stage—many Indian players, like captain Virat Kohli, Ravindra Jadeja and Ravinchandran Ashwin, would have played non-stop cricket for a bone-crushing 270 days! Even if we take into account the negligible gaps between the four home series, the volume of cricket Indians play can still cause breakdowns, injuries and burn-outs. As it has happened to some of the key pla­y­ers who were part of India’s longest home season ever. Players on top of their form, like Ashwin, K.L. Rahul and Murali Vijay, have been ruled out of the entire IPL season. Others, like Kohli, Jadeja and Umesh Yadav, will miss the initial part. And who knows, how many more will fall by the wayside during the tournament?

Indians play a lot of cricket, but the list of injured players has rarely been so long. Plus, it includes relative newcomers too.

Of those completely ruled out of the IPL, Rahul (surgery of left shoulder) and Vijay (surgery to right wrist and rehabilitation for left shoulder) will go under the knife, while others have been prescribed rest. It is not certain when the injured stars will be back in the team—and what kind of team India will be able to field for the Champions Trophy. Injuries are of two kinds: on-field impact injuries, and those sustained due to excessive workload. Kohli’s injured shoulder would fall in the first bracket, while Jadeja’s and Umesh Yadav’s injuries are a result of playing continuous cricket. The second type of injuries occur by continuously playing, without giving the body proper rest between matches/tournaments.

In this context, the scheduling of mat­c­hes/series becomes very crucial. After all, it is the cricketers, and not itinerary-fixing administrators, who suffer the most. When the BCCI finalises the schedule for the national team, it hardly takes into consideration players’ viewpoint. And the schedule is finalised not in consultation with the national captain and coach, but when the BCCI gives a commitment to the other countries’ boards, broadcasters and sponsors. A list thus finalised is imposed on the players, who really have no option. With so much at stake, they choose to play on—and suffer. 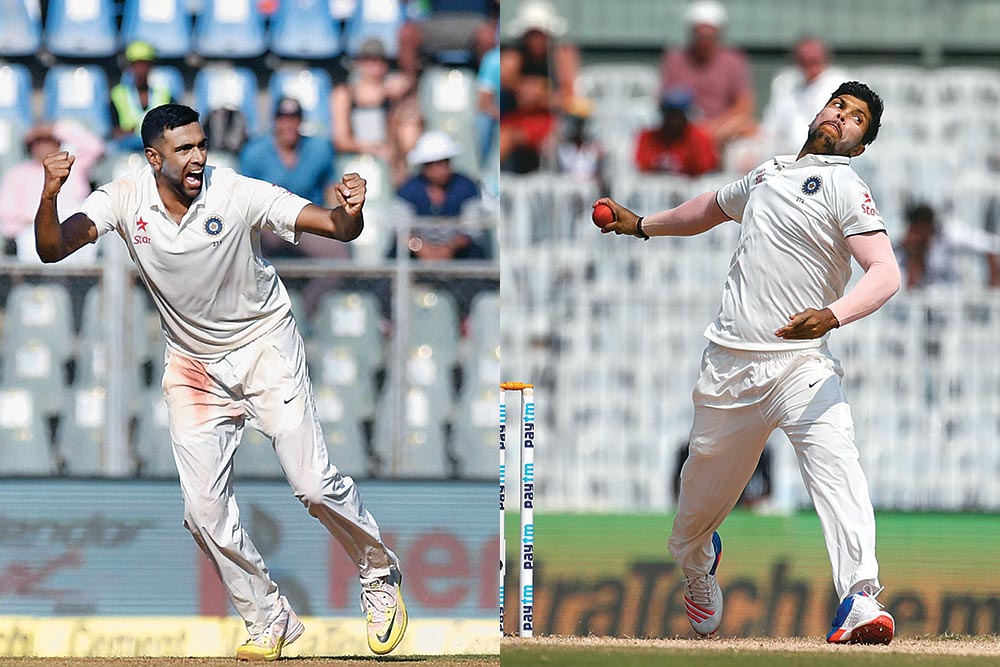 There is a misconception regarding the scheduling of international matches, an overdose of which often lead to breakdowns. Some believe that the countries are bound to play the matches as listed in the ICC’s Future Tours Programme (FTP). In reality, the FTP is just a calendar the ICC prepares for everyone to know who is playing when, after individual nations have mutually finalised their various bilateral series. The FTP also contains dates of ICC events like the World Cup and Champions Trophy, during which countries don’t slot their bilateral series. When the BCCI tries taking credit for slotting 24 international matches (13 Tests, eight ODIs and three T20 Internationals) at home in 2016-17, it doesn’t reveal that it had done so without taking players into confidence. Players have no platform from where they can convey their viewpoint to the BCCI before it chalks out schedules, which are dictated by sponsorship deals. The Lodha Committee realised this and has recommended the formation of a cricketers’ association.

“The schedule is finalised without asking players. Now, time has come when players, too, should be consulted. There are certain steps that have been good and yielded results, but more can be done,” says former India wicket-keeper and national selector Saba Karim. The BCCI had finalised deals with STAR India, PayTM (series title sponsor), Nike (kit sponsor), Oppo (team sponsor) and three ‘official partners’ (Pepsi, Hyundai and Janalakshmi Financial Services) without players having a say in it. The top three sponsors pay the BCCI handsome money per international match, be it a Test, an ODI or a T20 International. For each match, broadcast rights holder STAR India pays Rs 40 crore, as well as Rs 1.92 crore as the team’s jersey logo sponsor, while series title sponsor PayTM pays Rs. 2.42 crore. When all this is calculated, it shows that the BCCI earned Rs 1,064.16 crore for 24 matches this season. This amount doesn’t include revenues earned from the others like Nike, Oppo or Pepsi.

Immediately after the IPL, the Indian team will fly out to England to defend their Champions Trophy title. But there is genuine concern that some of the auto­matic starters, the likes of Kohli, Ashwin and Jadeja, may be forced to miss the tournament if they don’t recover fully. While it is true that injuries are unpredictable, a pragmatic appr­oach would help avoid the embarrassment of fielding depleted teams. “Cricket is growing at an alarming rate. Too much cricket is being pla­­yed, but every country is doing it. Injuries will happen when you play too much cricket. It’s up to players to look after their fitness, like Australians do,” says former all-rounder Madan Lal. His India teammate, E.A.S. Prasanna, looks at this issue from a different angle. “The modern-day training schedule is so tough that the suppleness, which is so important for players, is gone. Due to this, their bodies break like a matchstick,” he points out. 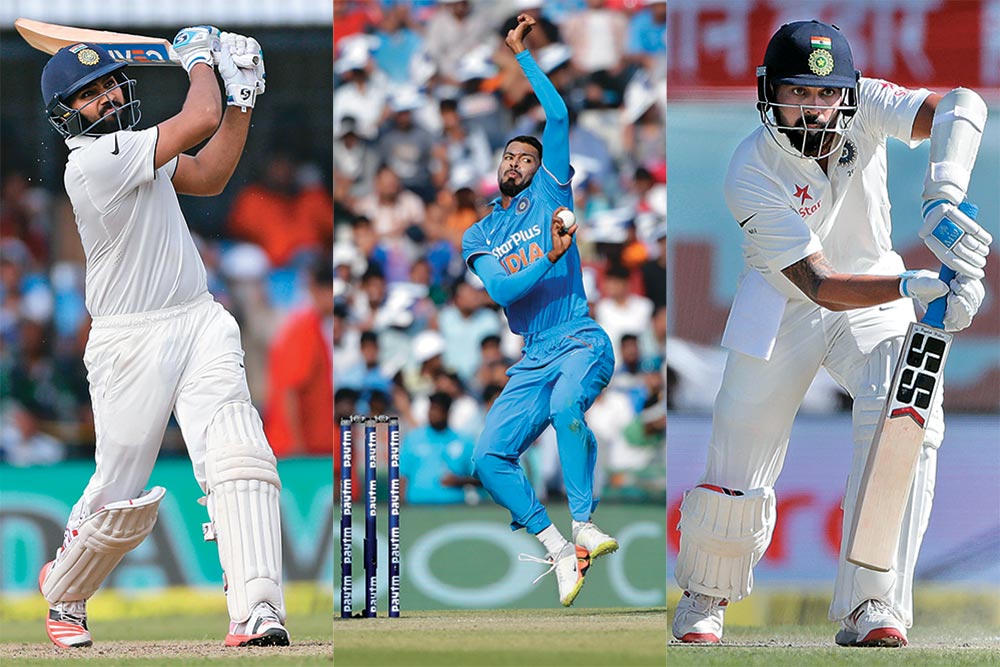 The Lodha Committee, too, was concerned with the volume of cricket and recommended “at least 15 days gap” between the IPL and the national calendar. “A testing and cramped cricketing year takes a substantial toll on a professional cricketer’s body and longevity, and it is the responsibility of the BCCI to take remedial measures immediately,” it said in its report. Unsurprisingly, the BCCI has opposed this recommendation too. After the BCCI confirmed injuries to several key players this week, former Chief Justice of India R.M. Lodha was worried. “It is a matter of concern. We had observed and anticipated that. The longevity of players is very important. At the time, they [BCCI and states] had criticised us, saying ‘why so much interference’ in the game. The whole idea was to protect players, to ensure that they don’t get injured and are able to play [for long]. The player is an important stakeholder and it’s very important to protect him from injuries. But he eventually becomes the victim,” Lodha tells Outlook. “Our wish is that our report is fully implemented. It’ll really change the face of the game. We are still waiting for that day.”

“The player is an important stakeholder and he should be protected from injuries,” says former CJI R.M. Lodha.

Stars like Jadeja and Ashwin not playing the IPL will take some sheen off the tournament, but Team India might not suffer eventually, says former India pacer Atul Wassan. “India now have a much larger pool of players to pick from. The only thing is that the absence of these players the IPL valuation could go down,” he says. Despite having a larger pool, successive selection committees have not gone for rotation of players to save them from burnout and add to their life as international players. When M.S. Dhoni was India captain, he had said several times that no rotation policy could be implemented in India. “Kohli and coach Anil Kumble have taken a conscious decision to give priority to Tests, the pinnacle of cric­ket. That’s why Ashwin and Jadeja were rested for T20s against England this season, so that they were fresh for Tests. If players have got adequate rest and breaks intermittently, there’s no need to rotate them,” says Saba Karim. The debate over injuries, scheduling and rotation of players are all old topics. But it will be interesting to see what sort of team India sends to the Champions Trophy in June, soon after the colourful arena that’s the IPL falls silent.

The Shah Of Political Chess