Are we showing undue sensitivity on The Code? Examine Punjab. Updates 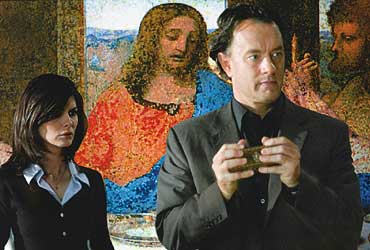 Here, the ban followed a demand from a Catholic priest in Jalandhar. It's unclear why CM Amarinder Singh preferred to embarrass his party high command rather than earn the displeasure of the state's Christians who constitute 1.11 per cent of the population. This display of acute sensitivity may have its origins in purely political reasons.

Ironically, the film had not even been scheduled for release in Punjab. Ashok Sharma, joint secretary of the Northern Indian Motion Pictures Distributors' Association, told Outlook, "Except for the soft-porn variety, there isn't much demand for English movies in Punjab. No cinema hall in Punjab had approached us for The Da Vinci Code. So, ban or no ban, it wasn't going to be shown in Punjab. Besides, such films are for multiplex audiences. Punjab has no multiplex, so the state was ignored."