The NSCN ceasefire is under threat from hardening stances 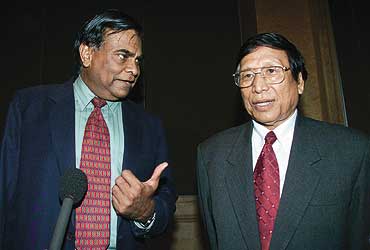 Two weeks after Manipur's capital, Imphal, went up in flames over the issue of extending the territorial limits of the ceasefire with the Issac-Muivah (IM) faction of the National Socialist Council of Nagalin (nscn) beyond Nagaland, questions are being raised about whether the organisation's terms should have been accepted in toto in such a hasty manner.

The nscn(im) has never made secret its desire to have the ceasefire across what it calls 'Greater Nagaland', since the beginning of its truce in July 1997. The Centre, aware of the latent fears among other states over the issue, had so far resisted meeting this demand. In fact, Swaraj Kaushal, K. Padmanabhaiah's predecessor as the prime minister's special emissary in the talks, had resigned following differences over the question of extending the area of the ceasefire. So what made Padmanabhaiah suddenly acquiesce to the long-standing nscn(im) demand and trigger off a fresh bout of unrest in the region?