A Parent To Rail At 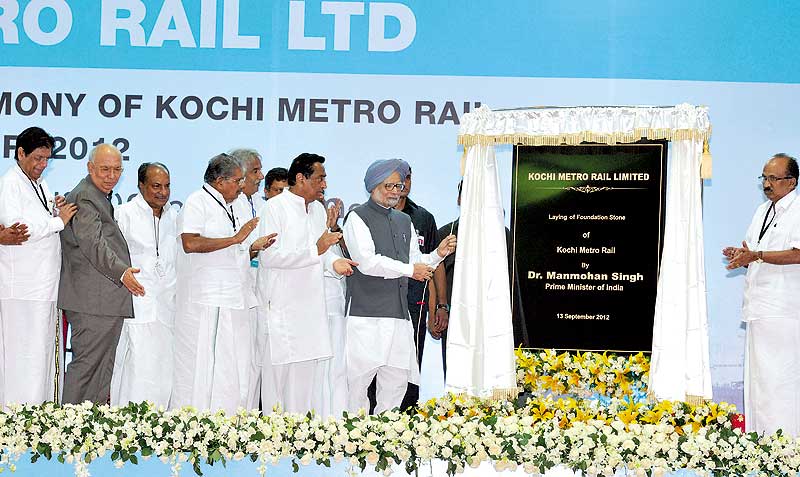 Despite the charisma of India’s Metro man, E. Sreedharan, the ambitious 22 km Kochi Metro is mired in bureaucratic hurdles, with the Union urban development ministry and the Delhi government, equal partners in DMRC, stating that DMRC should not be burdened with external projects in view of its phase III expansion.

Few buy this argument though, considering that DMRC has done project reports for cities like Chandigarh, Lucknow and Raipur and recently set up a business development division to look after and get new business. DMRC officials themselves say that the Kochi Metro project will not put any additional burden on them, as few officials would actually have to be present at Kochi for setting it up.

Kerala chief minister Oommen Chandy has been making a strong pitch for DMRC. On October 24, Chandy sent a letter to the Delhi CM, urging that DMRC be allowed to undertake the project as his state was not in a position to execute it. He also met Union urban development minister Kamal Nath and Delhi CM Sheila Dikshit for this. On top of that, DMRC, say sources, has spent over Rs 150 crore in preparatory work on the project. Says Sreedharan, “We have already done the ground work and can complete the project within three years. Others would have to start from scratch and will take a long time to do it.”

Officials involved in the project say it is falling prey to high-handed bureaucrats. Under the rules, the urban development secretary is the chairman of all Metro projects in the country, and is authorised to take decisions for them. Currently, the post is held by Sudhir Krishna. He did not respond to Outlook’s queries. The official explanation, thus, is conspicuously absent.