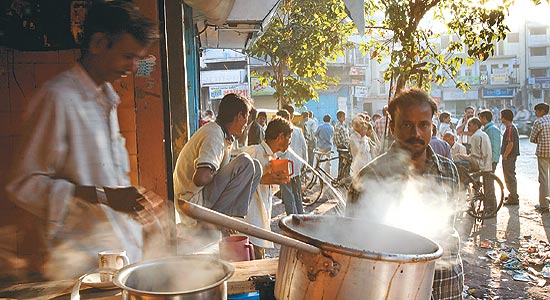 One of the saddest fates that any city confronts is to be taken literally. The easiest way to do this is through photographs where the camera mechanically reproduces reality. One wants a city to smell of the imagination but it is precisely the imagination of a city that is missing in Vivek Desai’s and Tushar Bhatt’s A City Of Paradoxes.

A city is democracy’s greatest work of art. But instead of a love letter to a timeless city which is celebrating its 700th birthday, what we get here is a civic register. There are no surprises, no ambush of the everydayness of the city, the flaneur walking the streets. Even repetition would have been bearable if it had been repetition the way Warhol saw it: “All my images are the same. Isn’t life a series of images that change as they repeat themselves.”

I am no photographer, but as a sociologist, this book speaks little of the fragments that make for the city’s fascination. It is like a dull family album: pictures that remind you of events without ever evoking them. There is no obituary to the death of the textile imagination, no sense of craft as colour. I wanted to grasp the violence of the city and found the presence of only whitewash. Ahmedabad is the least colonial of our cities, and yet you won’t find that difference in this book. 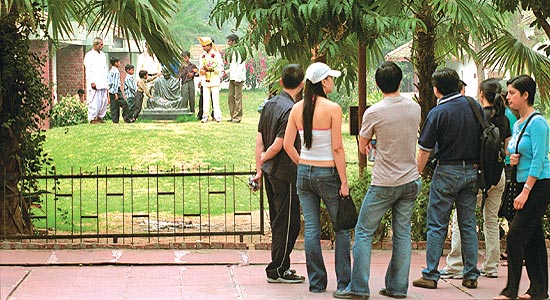 A city may not be planned but it has its grammar. The logic of Ahmedabad, for instance, lies in its classic roads—Ashram road, CG road and SG road. These roads capture the dialectic of politics and desire, each road encapsulating an epoch of the city. A book of photographs that fails to capture this logic becomes only a collage, affable but adding little to the understanding of the city. Again, food is a great democratic preoccupation. Yet the city’s celebration of cuisine is missing.

There are no surprises, no ambushes of the city’s everydayness. We get a civic register; this book is a patchwork, only a collage.

The genius of Narendra Modi is eventually in his vision of the city and Ahmedabad is his greatest experiment. What one misses is the violence of traffic, of working life, of stereotypes, of ghettoisation. The impact of Modi on the city should have at least seeped into the bazaars, into hoardings. He is part of its fantasy of power. One wishes there was some sense of the plethora of the sezs that will soon dot the city, creating the micro-cities of the future. Oddly, a city without a sense of the future gets museumised. That is the sadness of the book. It lacks a future tense.

Everydayness in a city is larger than life but that largeness of life does not come by enlarging the photograph. Size is an insult to scale, to the layers of life it contains. This book is the wrong size. The photographs either should have been the size of film hoardings whose exaggeration is gorgeously blatant or they should have been blended differently. All nukkads become alike if the pictures are of a certain set standard.

It is the symbols that define the city. Instead of photographing folk art, I wish both Desai and Bhatt had understood the logic of the symbols. And yet, a portrait of the city cannot become a set of garish film props. If only the pictures of the city had been broken into jigsaw puzzles and the reader was allowed to build the pieces again. One would have recovered the sense of process that a city is. Ahmedabad is born daily, otherwise it cannot be eternal.

The mix of history and everydayness needs a grammar of a different kind. No city is so full of the memories of history, yet no city is so forgetful of its past. It is almost as if difference and diversity are indigestible. Ahmedabad demands a new, homogeneous grammar—more violent and dynamic, where the past is not a woven fabric but a sentimental engraving, like in a tourist folder. Maybe one is asking the wrong questions or looking for the answers in the wrong book. But a Jan Breman or a Cartier-Bresson tells me more by saying less. One still awaits the true storytellers of the city.