A Panchatantra Of My Very Own 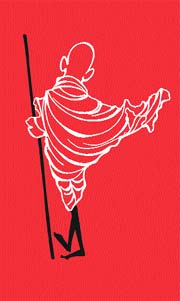 outlookindia.com
-0001-11-30T00:00:00+0553
As everyone knows, the Great Power that is India is like a kaleidoscope—a terrific jumble of shapes, colours, sights, smells, memories, propositions, ambiguities and encounters—which, when shaken, reforms itself into altogether different patterns. I have been acquainted with the place for more than half a century, giving it a shake whenever I have revisited it, but out of its shifting suggestions, five experiences, in particular, remain unaltered in my mind.

The sweetest of them happened long, long ago, when I was new to the country, and enraptured. I had decided to follow some of the route of Mahatma Gandhi’s historic Salt March of 1930, when he walked from Ahmedabad to the village of Dandi on the Gujarati coast, allegorically to defy the British imperial government’s salt monopoly by plucking a handful of the stuff from the Indian Ocean.

I was seduced by the very idea of Gandhi, and I found Dandi a kind of dream. The village innocence of it, the simplicity, the glistening salt-flats, the fishermen—the very banyan tree where the Mahatma had prayed, the very house he slept in—all was there still, just as I had imagined it. I suppose now that Dandi was probably not half as Gandhian as I thought it, but I shall never forget the spell of it, and in particular the kind, amused hospitality of the village schoolmaster, Mr Dhirubhai Patel, who gently accommodated my enthusiasms, and over tea in his garden with his wondering family, confirmed me for ever in my loyalty.

I am a staunch Welsh European, and India has never quite captured my soul. But I have often been enthralled by its effect upon other foreigners, whether they be backpackers bewitched by the magic of the Timeless East or ancient expatriates unable to drag themselves away from a way of life they have come to feel their own. Some of these, of course, are late relics of the British Raj, by now growing very rare, and two I recall with special poignant fondness. They were a gentlemanly English married couple grown old in India, and being especially fond of horses and horse-racing, they had made their final home a shed on the edge of the Meerut raceourse. There they lived in extreme austerity, attended by a venerable bearer of long service, and there they welcomed me to tea and biscuits, surrounded as I remember the occasion by horses and jockeys and pi-dogs and all the familiar riff-raff accretions of the racing world. It was blisteringly hot as we sat there, the venerable bearer seemed grumpy, the tea was awful, the biscuits were stale, the dogs loped all around, but they loved it all, bless their hearts, and "Ah", said those aged aficionados of India, "aren’t we lucky, aren’t we amazingly lucky that we don’t live in England...?"

They were Gandhians at heart. Not at all holy, though, was my next experience, which happened to me in Calcutta late one steamy and breathless summer night. I have arrived by train at the Howrah station and clambered blithely into a rickshaw to take me to the hostel where I had booked a room. The way took me over the Howrah Bridge, and as we clattered between its gigantic iron girders, hemmed in by a nightmare jostle of other traffic, hooted at by trucks, I marvelled at the insouciance of the rickshaw man as he manoeuvred a passage through the hubbub. Only once did I feel a gentle nudge, as of an infinitesimal collision, and only when we reached our destination did I discover that it had been the nudge of a thief, stealing my wallet from inside my bag.

Oh, the skill of it! The silence! So subtle was the knife-slit by which, reaching his hand into the bottom of my bag, he had found what he wanted—and then so gently, so thoughtfully as it were, he had stepped off the rickshaw step and vanished into the night. I recall the occasion so vividly not because of my discomfiture, but because I could not help admiring the virtuoso craftsmanship, one might almost say the artistry, of that shadowy Calcutta villain.

As it happened, he was the only Indian who has ever harmed me, but over the years other encounters have, in one way or another, disconcerted. One evening I was wandering around the streets of Kanpur—still Cawnpore to me in those days—not looking for sights to see, just wandering, and meditating, absorbing the feel of the old city, hoping to understand its meaning, pursuing my hazy trade, when I found that a solitary young Indian seemed to be pacing the same pavements, but with a sense of inexplicable urgency.

He had set himself the task, it seemed to me, of touching things—not random things, not regular things either, but sporadic doorknockers, specific window-sills, steps, railings, which he briefly stroked as though pre-programmed. Now and then I overtook him, now and then he crossed my path, and whenever this happened, we smiled at one another. I smiled at him tentatively, nervously, not knowing what to think; he smiled at me with a noble confidence, as though the street of life itself ran plain before him, criss-crossing my own poor muddled route. I remember him uncomfortably, but with proper respect, as a pupil to a master.

And finally, here’s an odd small paradox of Indian encounter. I am sitting on a bench with a taxi-driver beside the track of the antique rack railway that climbs up from Siliguri to the hill resort of Darjeeling. We are a few miles from the top, and we are waiting there to see the little steam train come chuffing up the mountain. We share a thermos of tea, the two of us, we tell each other about our families, we exchange e-mail addresses, and presently we hear the echoing shriek of the train’s whistle down the valley, and the approaching gasps of its engine.

Here it comes now! We jump to our feet to watch it pass. The proud little engine comes chugging round a bend, its carriages clanking and swaying behind, and in the open cab of the locomotive there are three muffled figures, wreathed in steam and blackened with coal dust. One is the engine-driver. One is the fireman. The third is my son Twm, smoked-grimed and sweaty, with a speckled scarf wound turban-like around his head. He returned my wave in a preoccupied way. He was actually in the cab by courtesy of the railway company—he was making a film for Welsh TV—but my taxi-driver was not in the least taken aback to see him there, apparently working as an apprentice stoker on the Darjeeling-Himalayan Railway. We finished our tea and returned to the taxi, and the driver made no comment: for in India, where nearly every experience is surprising, after a time almost nothing surprises.

Jan Morris, Welsh travel writer, novelist and historian, is author of the acclaimed Pax Britannica trilogy on the rise and fall of the British Empire.

I Am But A Disembodied Voice, The Living Dead