A New Ring Of Catchers 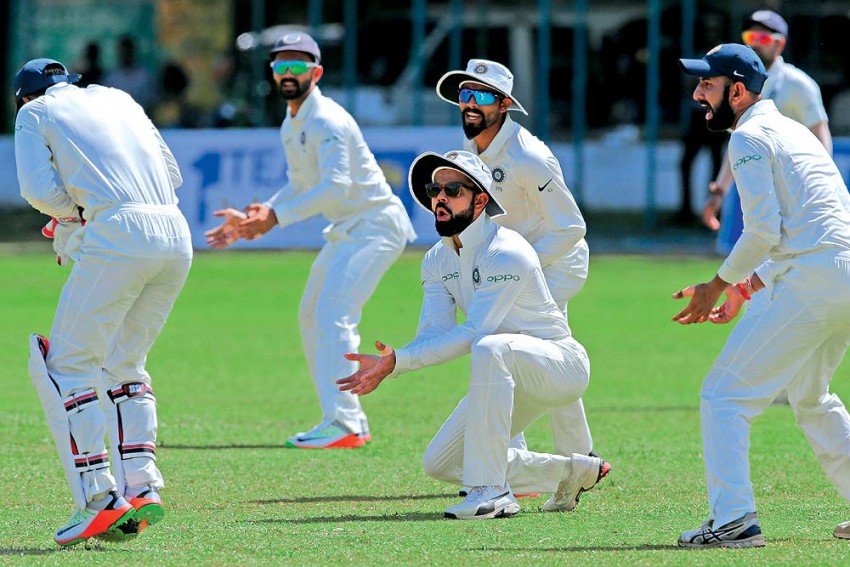 Unlike this slip cordon, as per the suggested rules, the BCCI can’t afford to drop anything
Photograph by AP
Qaiser Mohammad Ali July 27, 2017 00:00 IST A New Ring Of Catchers 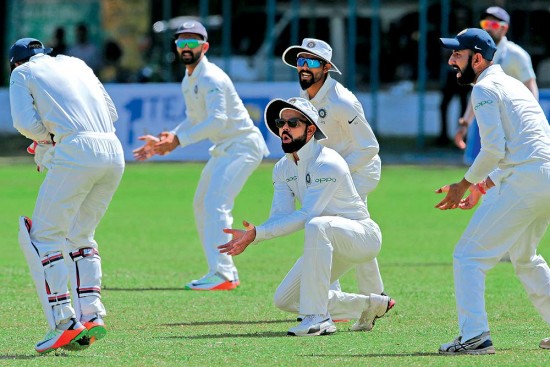 As September nears, cricketing activities in India gain gradual speed, mostly in anticipation of a new domestic season beginning in October. The BCCI fin­alises the fixtures of various tournaments and related formalities, while the state associations select their teams. However, there is some uncertainty and nervousness regarding the upcoming 2017-18 season. The main reason is the BCCI’s mulish obstinacy in refusing to implement the reforms ordered by the Supreme Court through the Lodha Committee. As a res­ult, many major decisions are still hanging fire.

In this environment of uneasy intrigue, consultancy firm Deloitte has delivered two reports to set the world’s richest cricket organisation right. Commissio­ned by the BCCI under its ‘Project Transformation—Phase I and II’, Delo­itte has compiled a 66-page ‘Handbook On Core Principles and Policies for Administration of BCCI’ and a 112-page ‘Operating Process Manual’. It is the first-of-its-kind exercise undertaken by the BCCI in its 88-year existence.

These documents come in addition to a revamped BCCI constitution that the Supreme Court-appointed Committee of Administrators (CoA) has finalised as per the Lodha Committee recommendations accepted by the apex court. The CoA pre­sented both the new constitution and the two documents at a Special General Mee­ting, convened on July 26 in New Delhi, with a request to state associations to emb­­race them and kickstart the long-awa­ited reforms. “It is excellent work but it can’t be approved in a flash. For example, it has recommended identical payment for every state body. Everyone can’t be given the same amount. Some sta­­tes have several academies and need more funds to run them while some (like Delhi) don’t have any,” says the secretary of a state association who attended the SGM.

Both Deloitte’s reports or guides essentially seek to streamline BCCI administration, governance, policies, and debug the confusion prevailing in its rank and file, particularly the deprived Northeast states, Bihar, Uttrakhand, and Pondi­cherry, who all are seeking equality of treatment. A particular emphasis has been laid on the checks and balances at every step where money/funds are inv­olved, as more transparency and acc­ountability from all stakeholders are sought. A great stress has been put on the conflict of interest among all those inv­olved with the BCCI, in any capacity.

The most detailed guidelines are about finances—purchase of goods and services, income from rights, state bodies’ expenses and conflict of interest.

The most detailed guidelines are about finances—an area that urgently needs plugging. The policy seeks to implement a robust internal control framework under which no payment will be made unless it is approved by the top bosses, including the CEO and the chief financial officer. All payments exceeding Rs 10,000 will require approval of the CEO. Efforts will be made to make payment through cheques/RTGS, and not cash. Also, a maximum of only 20 per cent of the total investment is to be made in any single entity or group to avoid risks. Extra caution has been advised for procurement. All vendors will have to be empanelled for different categories of goods. This process will include their background verification. All purchases relating to cricketing activities, like equipment in excess of Rs 5 lakh per annum would be made only from such empanelled vendors.

Purchase of goods and services exc­ee­ding Rs 1 crore should be done str­ictly on the basis of open tender. For purchases between Rs 5 lakh and Rs 1 crore, the BCCI should obtain at least three quotations. All vendors should give a declaration of compliance with the BCCI’s rev­­­­ised conflict of interest policies. All the rights—including IPL, media rights, spo­n­­sorship etc—that have the potential to fetch Rs 10 crore or more a year should be done only through an open tender, while for those less than Rs 10 crore annually a closed tender process would do. For rig­hts having the potential of fetching more than Rs 100 crore, the BCCI shall constitute a tender review team comprising its key management and independent legal advisors, besides independent accountants to review the financial parameters of bids. The guidebook suggests that for all agreements that provide income from the franchisees/other parties on revenues earned by these parties, the BCCI should perform audit of the franchisees/other parties as well, to ensure that the money it receives is “complete and accurate”.

Many of the BCCI’s constituent state associations have for years been using funds according to their whims, without being accountable to anyone. That will soon end—they are required to show how they spend the money under the revam­ped fund disbursement policy. This will include review of their audited financial statements and statement of utilisation of funds. The BCCI general manager (com­­pliance), who is yet to be appointed, will review the states’ “high and unreaso­nable” expenditures and the auditors will then perform a ‘compliance audit’.

Conflict of interest, an issue that aff­licted the BCCI without being checked over decades, will now be dealt with by the ombudsman and the ethics officer, who are to be appointed. The new rules make it clear that there are ‘tractable conflicts’, to be resolved through recusal of the individual concerned or with full disclosure of the interest involved, and ‘intractable con­-flicts’, where disclosure and recusal aren’t enough, and would necessitate the rem­oval of the individual from the post. The ombudsman will have the power to ban a person for life for his “failure to declare his conflict” under intractable conflicts.

It is specified that father, mother, husband, wife, son, daughter, son-in-law, dau­­ghter-in-law, brother and sister would fall under the term ‘relative’ for conflict of interest purposes, while ‘team official’ would refer to teams’ support staff, including coaches, managers, physiotherapists, nutritionists, trainers, analysts, counsellors and medics. Under the new rules, officials will have to provide ann­­ual declarations vis-a-vis conflict of interest and disclose within 15 days if a later development puts them in a potential conflict.

Another step proposed is to get rid of brokers for buying property, and to pur­chase it directly from the seller. It is also recommended that agriculture, residential and industrial lands that require regularisation at a later date should be avoided, and that all fixed assets be INS­ured. This rule may have been prompted by the difficulty the BCCI faced for many years, thanks to middlemen, in taking possession of a 49.39-acre land in Ban­galore for construction of a new National Cricket Academy, despite paying Rs 49.97 crore to Karnataka Industrial Areas Dev­elopment Board. Finally, a few months ago, the CoA ensured that the BCCI got possession of the land.

An interesting policy requires all off­ice-bearers, members of committees, employees, including consultants, to refuse to rec­eive gifts, entertainment or hospitality benefits if they exceed Rs 10,000, individually or in aggregate, in a year. All gifts, entertainment or hospitality benefits rec­eived for a value exc­eeding Rs 1,000 should be reported to the ethics officer. There is a proposal to set up a compliance department within the BCCI, which will evaluate all state associations through a ‘scorecard’ mechanism—a stru­ctured rep­ort, supported by design met­hods and automation tools, that is used by managers to keep track of staff performance. As an incentive, the best performing association will receive a rolling shield every year.

There has been no clear human res­ource policy in the BCCI. It is now proposed to have one through which the heads of the departments should have appraisal-rel­ated discussions with the employees. For disgruntled employees, it is proposed to install an in-house grievance redressal mec­­hanism. Besides, a whistleblower mec­­hanism—another novelty—is propo­sed be established to conduct the affairs in a fair and transparent manner, and for which a whistleblower hotline and communication channels have been suggested. Whistleblowers will be ensured confidentiality and provided protection.

At the July 26 SGM, while the BCCI stuck to its guns and opposed five reforms, a resolution was passed to give full membership to all the Northeast states.

Among other proposals, the report says the BCCI should provide full support to the proposed player’s association and fund it with one per cent of the what players earn on an annual basis. For all the measures it has suggested, Deloitte recommends that administrative expenses, including expenditure on employee and other administration costs, should not exceed 10 per cent of the total income of the BCCI, while a “substantial portion” of funds be spent on “cricketing activities”.

However, as is well known, the stomach for fighting the suggested reforms amo­ngst top BCCI off­icials is strong too.  At the July 26 SGM itself, the BCCI maintained its posture, opposing five “con­­tentious reforms”—one-state-one-board, constitution of the national selection com­­mittee, size of the proposed apex council, 70-year age cap for officials and the nine-year maximum tenure cap for office-bearers. “The BCCI has ado­pted Lodha panel ref­orms except five (recommendations),” BCCI acting secretary Ami­­tabh Chou­dhary said after the SGM. The next hearing on SC is on August 18. However, there was good news for the Northeast states, as the general body passed a resolution to give full membership to all the states, as suggested by the Lodha committee.

All these make a hefty raft of recommendations—the parts on conflict of int­erest are particularly stringent—and for many BCCI officials it will be akin to facing hurtful, toe-crushing yorkers. That is the only antibiotic for the absolute impunity BCCI top guns have been accustomed to for decades.

“It Is Convenient To Express Your ­Hatred, It’s Scary”