A New Hat In The Ring

Gadkari isn’t there just to run the middle lap and pass the baton. Wildcard 2014? 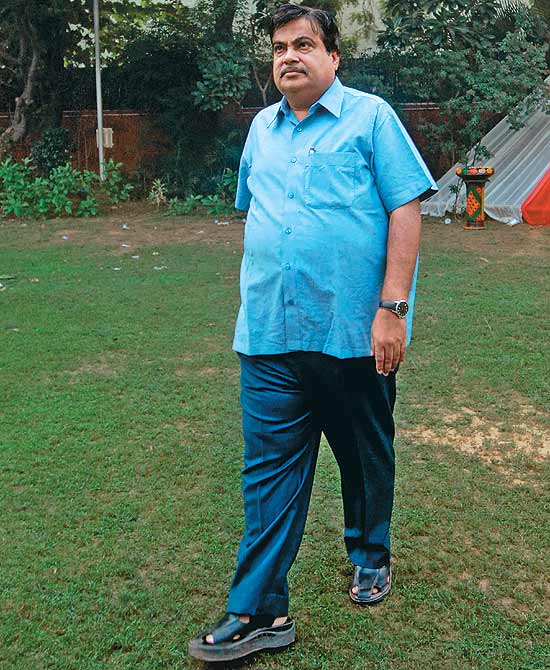 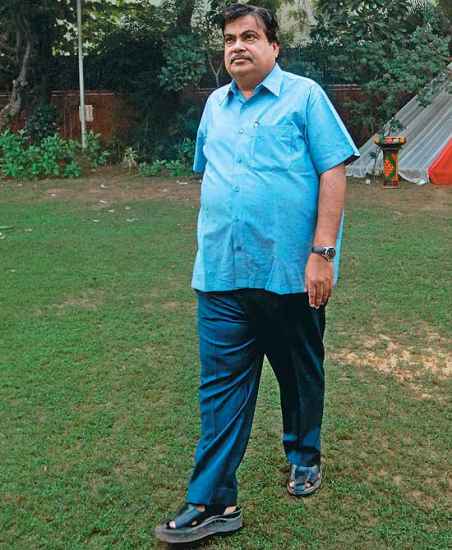 Twenty-five years ago, a young Brahmin swayamsewak from Nagpur shied away from writing campaign messages on walls, painting it white instead so that someone else with a better handwriting could indite the party message. Cut to 2011: Nitin Jairam Gadkari, “11 kg lighter” after a bariatric surgery, has not just shed the fear of his own “bad handwriting” but is bold enough to try and write a new future for himself and his party.

So, when the 54-year-old party president, the youngest ever for the BJP, broke the news of his electoral ambitions on October 22 to the media in Mumbai, he showed no sign of nervousness. “I’ll contest the Lok Sabha polls,” he said. And with that, for the first time, he repositioned himself as a serious national contender and perhaps, as BJP insiders say, a possible prime ministerial candidate.

“It was a well-thought-out move,” says a BJP leader. “With this announcement, Gadkari has left the party with little choice. How will anyone in the party deny a ticket to the party president if he is openly asking for one?” Adds another leader: “It’s a build-up for 2014. Gadkariji is not only asserting himself but even presenting himself differently. He’s not satisfied just being party president.” In fact, insiders believe it was not a one-off trial balloon but a serious political move made with the sanction of the RSS.

Gadkari’s confidence levels have seen a change since he took over as president on December 19, 2009. The first-timer in national politics became something of a joke at the national executive in Indore in February 2010 when he sung a Bollywood song to enthuse the cadre. In October that year, when he released Vikas ke Path—a compilation of his speeches—the introduction had a telling observation: “When Gadkari came to Delhi, everyone asked who he was. This book aims to answer the question.”

Insiders would have you believe that the question has been answered for his detractors. In a party driven by established leaders at the centre, Gadkari used all of 2010 to consolidate his position. A year later, senior party leaders admit that he has emerged “as a president who takes his own decisions and ensures that others in the party follow them”.

“I’ll contest the Lok Sabha polls.” This is no one-off statement from Gadkari, but serious RSS-sanctioned politics.

And just two months short of completing two years as BJP president, Gadkari has ensured that it is the case more often than not. Take, for example, his decision to reinduct expelled party leaders Uma Bharti and Sanjay Joshi. The latter’s reinduction had even Narendra Modi resisting the move vehemently. The Gujarat chief minister went to the extent of skipping the national executive in Delhi on September 30-October 1 to register his annoyance. An undeterred Gadkari ensured that Joshi attended the executive. Later, he told Outlook: “Narendrabhai is a big leader. He doesn’t have a problem with Sanjay Joshi. If he does, he hasn’t told me. We thought Joshi would be useful for the party in the UP polls. Can he also not work as an ordinary BJP worker to strengthen the organisation?”

In a faction-ridden party, with too many claimants for the prime ministerial post in 2014, the main job the RSS entrusted to Gadkari was to “set the house in order”. A brief that, many in the party say, has been delivered. “In the last 15 years of the BJP, Gadkari is perhaps the first chief to have ensured the organisation has more say on party matters than the parliamentary party,” says a senior leader. The surest sign of this came in March 2011, when Gadkari openly snubbed leader of the Opposition in the Lok Sabha Sushma Swaraj, over the appointment of P.J. Thomas as the CVC. Sushma, who had initially raked up the controversy of Thomas being an accused in the Palmolein import case and thus unfit to be CVC, later piped down after the prime minister accepted the mistake. She appealed through a tweet to “let matters rest at this and move forward”. Gadkari, however, insisted the party should pursue the controversy. “I am the party president and I am saying this,” he stated.

Insiders point out that Gadkari’s strength comes from following the Sangh’s ideology broadly but tweaking it wherever required to suit the situation. Gadkari has built his own base with a mix of Sangh and BJP leaders. According to his confidants, his team may include just second-rung leaders like Dharmendra Pradhan, Murlidhar Rao, J.P. Nadda and Shyam Jaju, but he has ensured that he speaks to chief ministers directly, completely doing away with prant prabharis (state incharge) as was the practice so far.

Gadkari also now uses the vocabulary of new politics. “Good governance, employment for rural youth, alternative energy, development without corruption” are perhaps the most heard words in any discussion with the BJP president. With the race for the prime ministerial candidate already under way, Gadkari would like to project himself as an alternative—or so say his camp followers.