Suddenly he’s everywhere, Man the Vain, happy in his vanity 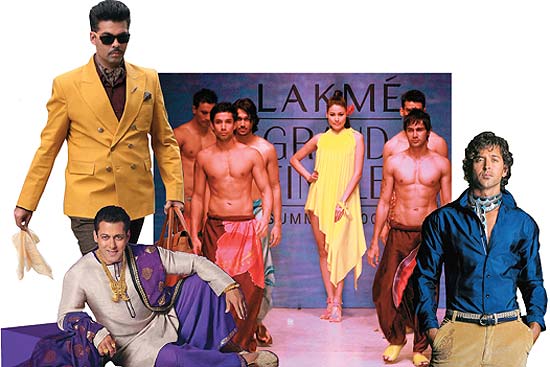 Of all silhouettes, the morph magicians—visual illusionists who stalk social media—imagined an angarkha-style white anarkali for Prime Minister Narendra Modi. In this morphed image that circulated on social media during the PM’s recent visit to China, he was seen walking a step ahead of Chinese diplomats, clearly the prince, wearing a white mulmul anarkali with a silver border, delicate white embroidery and silver cords with tassels wrapping the garment around him. A Rohit Bal classic, if you must ask. Modi’s sunglasses had been pushed over his forehead to hold back his salted hair, and his body language, not morphed, was of a diva. A diva with a purpose; a Mr India who pledges to save the world and his own country, his jawline taut with vanity and vim.

The photo was forwarded to me by a professor of sociology who found the image telling. So it was. This wasn’t facile satire—the anarkali has been seen on men on Indian catwalks, in fickle and infrequent hauls of androgyny, but not as elegantly worn as this. What cologne would the PM be wearing, I wondered, momentarily trapped in the illusion of the morphed photo. It had an aura that could be seen, heard and smelt. Smelt, yes. Obsession, by Calvin Klein?