India’s nuclear management is hopelessly addle-brained. Koithara shows up the cracks and ways to repair them. 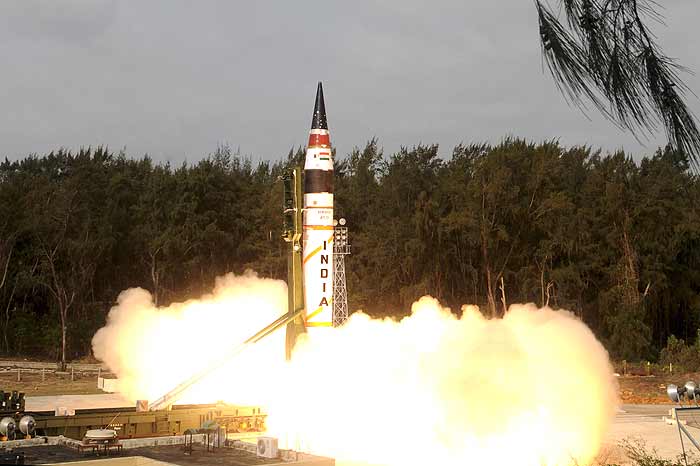 “For a variety of political and organisational reasons, India is saddled with a nuclear force management system that is seriously inadequate for the work it needs to do.” With these bluntly uncompromising words, Verghese Koithara begins his eye-opening tour de force, Managing India’s Nuclear Forces—a book that needs to be read not by the armchair pundits who proliferate on our op-ed pages, but by the policy-makers at the helm of our national security establishment.

Koithara, a retired vice-admiral with a remarkable mind, and who has applied it to India’s strategic challenges in two outstanding books—Society, State and Security and Crafting Peace in Kashmir —takes on the dysfunctionalities in our nuclear defence. He is rightly critical of the military’s exclusion from the policy levels of nuclear force management, and the perpetuation of a system of technocratic management, created before we had nuclear weapons, that undermines both effectiveness and accountability.

Seeing nuclear weapons as a source of national pride or international prestige is now largely irrelevant. Our nuclear weapons are a vital part of our deterrence strategy, particularly against a Pakistan which (because of its overwhelming disadvantage in conventional terms) is overly reliant on its own nukes in any future conflict against us. Nuclear deterrence is also needed against China, not in the immediate future but just in case a change in that country’s domestic situation tempts its leadership to engage in brinksmanship on its borders. Yet the details of operationalising our nuclear weapons are hazy, and largely neglected. India’s preparedness, Koithara says, is “lackadaisical”. And our overall defence management system needs a revamp.

We can’t leave our nukes to the tender mercies of the scientific community, to the exclusion of our armed forces. It’s no longer enough to see them as sources of security in themselves, unless they are integrated into serious strategic policy-making—civilian-led and militarily-supported—to make deterrence operationally effective. Koithara argues that our current system, treating the operational role of nuclear weapons with “nonchalance”, distorts our policy-makers’ strategic understanding and therefore limits the deterrent effect of our nukes.

It is dangerous, Koithara argues, to ignore the issues involved in managing our nukes effectively. Our political leadership’s relationship with its own military is “barren”, leading to the exclusion of the armed forces from the very area of their expertise—national security planning. If we want to be taken seriously as a nuclear weapons state, we need to develop a serious nuclear strategy, buttress it with effective organisational capacity, make necessary procedural and institutional changes and professionalise our operational decision-making.

Koithara marshals an impressive case, taking into account global geo-politics, theory and comparative history and a detailed analysis of our nuclear capacity and force management systems. His approach combines the rigour of a scholar with the intimate knowledge of the practitioner. His analysis of our “organisational and attitudinal pathologies” is balanced and fair—though he does take a few swipes at the DRDO, “which has long had a reputation for over-promising and under-delivering”.

Koithara compellingly recommends a better system which has the Union defence minister as functionally powerful as his US counterpart, in the driver’s seat, with downstream management in military hands, as in other nuclear weapons states. He advocates the resurrection of both the defence committee of the cabinet (with service chiefs present) and of the defence minister’s committee, meant to make the military and civilian leaders discuss key issues systematically and collegially with the minister. Such an organic interface between conventional and nuclear forces is catered for by other countries with nuclear weapons. India should not court disaster by acting as if it can be a global exception.

“Using inadequately prepared nuclear forces to generate deterrence,” Koithara writes, “will be similar to the inadequately-supported forward policy that India had adopted along the Tibet border in 1959.” Since we know how that ended, it is a sobering analogy. To avoid such a fate, Koithara calls for “broad based public pressure, emanating from a good understanding of the issues and the high stakes involved”.

This book is a wake-up call to those in charge of India’s nukes. It is a call that must be heeded, in all our interests.

The Ballad Of Babel