More from Mariana Baabar
View All

Outside the green gates of the house in Bilal Town, Abbottabad, there’s always a gaggle of people milling around during the day. Among them are journalists craning their necks at the three-storey house looming over the high boundary walls. For others, it’s a photo opportunity not to be missed—people take turns standing before the gate, their cameras furiously going click, click. The Americans may have dumped Osama bin Laden in the sea to ensure his grave doesn’t become a pilgrimage centre but his last hideout is fast emerging as a tourist hot-spot. There’s now one more reason to visit Abbottabad other than to escape the scorching summer of the plains.

Locals find it amusing to read journalists describe Osama’s house as a ‘mansion’. Albeit constructed on a six-kanal plot (3,630 sq yards), a mansion, as Pakistanis understand the word, it sure was not, with neither a grand facade nor even marble flooring. What they glimpsed on TV was shabby interiors, prompting a wag to comment, “Even our domestic helps live in better condition. No brownie points for his wives.” Located in the unplanned part of the town, the infamous house didn’t stoke suspicion because the locals thought it housed an ngo given “the high walls and barbed wire and their general obsession with security”, says Shazia, who owns a summer getaway here. Militants in the region have often targeted ngos for their progressive agenda, which is erroneously believed to have the stamp of western donors. More’s the irony—who would have believed Osama lived there with his harem? 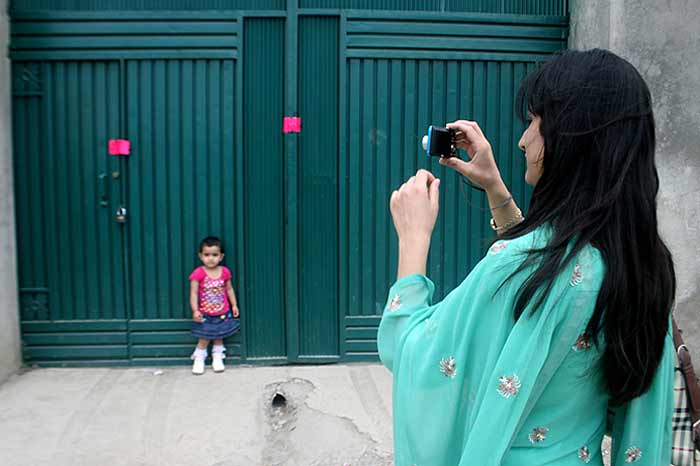 Osama lived here: A lady frames her daughter outside the gates of the infamous residence