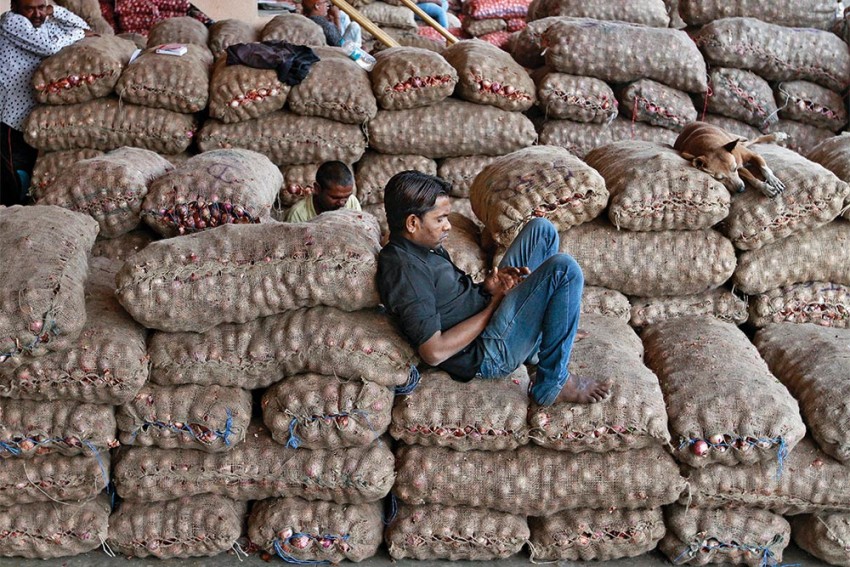 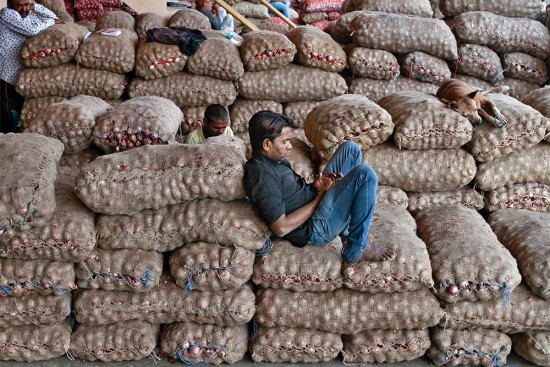 As the 50 days’ grace period sought by Prime Minister Narendra Modi to tide over the pro­blems arising out of dem­on­etisation passes with few signs of improvement in the supply of cash, economists are getting concerned over the short-term impact on GDP growth. “Based on the trends till Nov­ember, both manufacturing and services are not showing strong growth. The first half of the 2016-17 fiscal was slower than the corresponding period last year,” says Shashank Bhide, Dir­ector, Madras ­Institute of Development Studies. “The second half will ­obviously be aff­ected by demoneti­sation. The timing of the revival is har­der to predict right now as it depends on ­remonetisation.”

Free access to currency is crucial for business to function normally, particularly in the unorganised sector. The importance of the unorganised sector cannot be undermined as it constitutes 30 per cent of the economy. As IHS Markit’s India Purchasing Managers’ Index (PMI) points out, new business ­inflows at services firms declined during November after 17 months, the steepest in over three years. Similarly, manufacturing production growth slowed amid reports of cash shortages. Despite the pains of a continuing cash crunch and a sharp slowdown in growth of consumer goods, business optimism across the service sector in particular remains at a three-month high with expectations of rise in jobs over the next one year, the private monthly index notes.

Ahead of demonetisation, there had been optimism about the economy rev­iving to a higher growth trajectory in the wake of a normal monsoon after two consecutive drought years. “Given the current dist­urbance in the macro economy, it would be very difficult and a fut­ile exercise to make any assessment on GDP growth,” says N.R. Bhanumurthy of the National Institute of Public Finance and Policy. “All forecasts are based on assumption. A dip of 1-1.5 per cent in growth can be expected this year but in 2017-18, the economy should look up due to impro­vement in money supply.” Given the government’s avowed intent to push for a less cash-dependent economy, an added necessity is how fast the digital INS­titutional infrastructure is improved and expanded.

Post the demonetisation of Rs 500 and Rs 1,000 currency notes, Goldman Sachs has forecast a deceleration in India’s GDP growth to 6.8 per cent this fiscal, down from 7.6 per cent last financial year due to liquidity shortage, putting significant constraint on domestic activity, which in turn would affect GDP growth. S&P Global Ratings has also lowered its growth forecast to 6.9 per cent from an earlier estimate of 7.9 per cent.   The ­demonetisation has hit at the peak season from Diwali to January for lot of businesses, including tourism.

“The first half of the 2016-17 ­fiscal was slower than the ­corresponding period last year. Demonetisation will affect the second half. The revival now ­depends on remonetisation.”

“If the cash crunch is sorted out and the pain does not linger past the third and fourth quarters of this fiscal, then we could see growth reverting closer to eight per cent,” said Dharmakirti Joshi, chief economist at S&P’s India subsidiary Crisil. Joshi is among those who are positive about the growth prospects up ahead given that “the fiscal and monetary policies have been quite responsible in the last 2.5 years of the NDA government. In particular, the Insolvency and Bankruptcy Code 2016, which has been operationalised, and the proposed GST will lift the trend of growth.”

Social scientist G.K. Karanth feels the NDA term so far could well have been defined as “more or less uneventful” but for the demonetisation. The paradox that not just the poor and the relatively well-off but also the moneyed class or the “Mogambos of society” had to suffer to get their money exchanged has been the only appeasement for the poor and harassed common man.

“There was some sort of vicarious pleasure derived from the fact that many with ill-gotten gains had to suffer to get their demonetised money ­exchanged. Expectations up ahead have gone up. The coming two-and-a-half years are much more critical for the Modi government as it will have to demonstrate the results of demonetisation,” states Karanth

While grappling with a severe curre­ncy crunch, the common man has over the past month also received bad news of a dip in EPF (Employees’ Provident Fund) rates and the rise in petrol and diesel prices as the international pri­ces­ surged following an agreement among most oil producing nations to cut ­production from January 1. For import dep­endent India, the rise in crude prices is bound to put pressure on the government, which had used the global low price scenario to improve its revenues through higher excise duty. Even as the corrupt devise new modes to get back more wealth and the common man waits for the gains from the “strategic strike on black money”, there seems to be an emerging sense that not much has changed under the current NDA regime.

Narendar Pani, professor at the School of Social Science, National Institute of Advanced Studies, likens Modi’s governance to former prime minister ­Indira Gandhi’s style of functioning with a premium on “firmness”. “Basically the NDA tenure has been marked by the search for a grand idea that would be closely identified with him rather than his party. The search is continuing. Many ideas have been flouted, ­demonetisation is the biggest. But there is absence to detail in all cases, so the outcome is patchy,” says Pani.

Development economist Jayati Ghosh also likens Modi to Indira Gandhi, adding, “It is worse as unlike Mrs Gandhi, Modi does not consult or take advice. Demonetisation is the biggest example of that… My fear is that he has got into the mode of keeping the drama going on, especially when one fails, he tries to distract with another move.”

So whether it is the grand vision of bullet trains, ‘Make In India’ or smart cities, the on-ground reality seems far ­removed. A recent HSBC report points to the fact that India could face a shortfall of 20 million jobs over the next decade. Citing the Labour Bureau data, the ­report states that the unemployment rate in India has shot up to a five-year high of five per cent in 2015-16. This is worrisome in a country where half the population is below the age of 25 years.

“The sales pitch of the eminently successful (election) campaign led by Modi not only pandered to the Hindutva sentiment, but also to the hopes of a large number of citizens, particularly from the urban middle class, that there would be accelerated development across the board. Yet, today, the current mood of large sections of society is one of fear and uncertainty, most of it catalysed by hasty and quixotic actions of the government,” says T.R. Raghunandan, advisor, Accountability Initiative.

While many new programmes and policy measures have been announced by the governm­ent, examples of new ground ­being broken successfully are few and far between. This includes the ­unconditional acceptance of the recommendations of the 14th Finance Commission to raise the revenue share of the States from 32 to 42 per cent, to abolish the Planning Commission and to build a consensus with the states to pilot the GST constitutional amendment besides the personal ­interest taken by the prime minister towards implementation of the Swachch Bharat Abhiyan. The cut in social sector spending be it education, health, agriculture or ­rural ­employment is being sought to be covered up with publicity campaigns to keep the electorate engaged.

Development economist Renana Jhabvala says, “The two-and-a-half years of the NDA government gave a sense of ­act­ion as compared to the previous ­regime as all the government schemes, which were there earlier also, were ­better ­implemented.” Yet the curbs on ­voluntary action by NGOs “have not been very positive as they are being looked upon with suspicion”, says Jhabv­ala, who is also the national coordinator of the NGO, SEWA. She is also disappointed at the lack of forward movement on the ­implementation of the Street Vendors Act, 2014, as it could have gone a long way in protecting the poor, particularly the urban poor, from the pressures of having to pay bribes. Given the government action to curb black money through demoneti­sation, this lacuna is hard to understand. The promised wait for “Achhe Din” continues.

Man With A Capital 'M'