A Man Much Converted

The Big B withdraws his offer to surrender his Pune property, claiming land use was changed 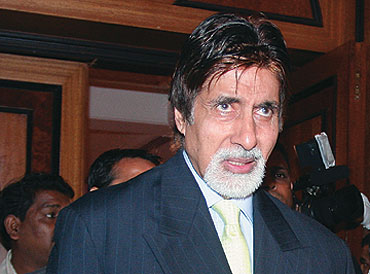 From farmer to hotelier, this is how the star changed colours over 24 acres of land in Pavna, Maharashtra...

Everyone thought they had heard the last of at least the Pune end of the Amitabh Bachchan land case back in mid-2007. The actor had then put in writing his decision to surrender the 24 acres of land he'd acquired in 2001 near Pavna dam in Maval taluka, Pune. He had said he wanted the land to be returned to its original owners--the farmers. On March 24, however, the actor reneged on this intent. In response to procedural requests to "present all relevant documents" so that the surrender formalities could be completed, Bachchan submitted a letter to Pune divisional commissioner Nitin Kareer saying he was withdrawing his earlier letter, dated July 19, 2007.

Between July 2007 and March 2008, Bachchan has done a series of flip-flops, first to save his skin and now to save his land. "We realised that our action and intention to surrender the lands in favour of the erstwhile farmers were based on utterly wrong premises," says his letter to Kareer. "We therefore unconditionally withdraw the said letter (of July 19, 2007)." The letter came attached with a 10-page legal opinion, which forms the basis of Bachchan's decision to withdraw his offer to surrender the land.

As per land acquisition laws in Maharashtra, agricultural land can be bought only by farmers. A buyer qualifies as an agriculturist if he owns farmland prior to the purchase. However, discretionary powers are vested in the collector whose permission is required for a non-agriculturist to buy agricultural land.

It now transpires that the land use in Bachchan's case was converted from agricultural to non-agricultural in July 2004. Bachchan claims he applied for this conversion in 2002. Strangely, though, this point never surfaced in the inquiry ordered by the Pune collectorate into Bachchan's acquisition. When Outlook spoke to former Maval sub-divisional officer Bhanudas Gaikwad, who conducted the inquiry into the validity of the sale of agricultural land to Bachchan, he said, "My brief was to examine the validity of the mutation entry about a non-agriculturist buying agricultural land. This conversion part didn't come up at all."

So, in the time that the probe was being conducted (it started in 2005 and stretched into 2006), did Amitabh and his lawyers forget that such a clearance was applied for or was granted? Says Gaikwad, "Either land use was not converted then or they didn't put it before me." Not just that, land use conversion, Gaikwad elaborates, "can happen only once the mutation entries are clear." Mutation entry in revenue records refers to details of the land, buyer, seller and in whose/what title the lands stands after a transfer/mutation. According to Gaikwad, the Bachchans could not have had the land use converted unless the mutation entries were completely in the clear. And to the best of his knowledge, this was not so in 2005-'06.

But the legal note, drafted by Pune-based management consultant Sudhakar V. Joshi -- a copy of which is with Outlook -- traces the legality of the land as well as the conversion, and quoting from earlier Bombay High Court judgements, concludes that "the acquisition is legally a valid transaction". Joshi has held power of attorney for Bachchan since March 2006. Incidentally, he was an IAS officer and had served as the Pune divisional commissioner in the '90s. Writes Bachchan in his recent letter: "The dust raised by the media will be set at rest in view of the opinion of Shri Sudhakar V. Joshi, former divisional commissioner Pune in respect of validity of the acquisition of these lands by us."

Despite Bachchan's hopes, however, the dust is yet to settle down on the case. His belated conferment of legality on his acquisition, owing to its conversion, smacks of a slick manoeuvre with the timeline of events. The crux now lies in the land use conversion. If this is proved valid, Bachchan does not have to worry about his "farmer" status and the legality of the land deal. The then Pune collector Madhukar Kokate did not wish to comment on the issue. Former divisional commissioner (Pune) Umesh Chandra Sarangi, under whose tenure the Bachchans' applications for conversion were made, told Outlook: "I don't recall this coming up in my time." His successor P.D. Karandikar was not available for comment.

As long as the legality of his land was in question, Bachchan was ready to play the supreme altruistsurrendering land to the landless. But having spun a web of legality around the deal, Bachchan is back to playing businessman.