A Mainland ­Filter On Your Movie Lens 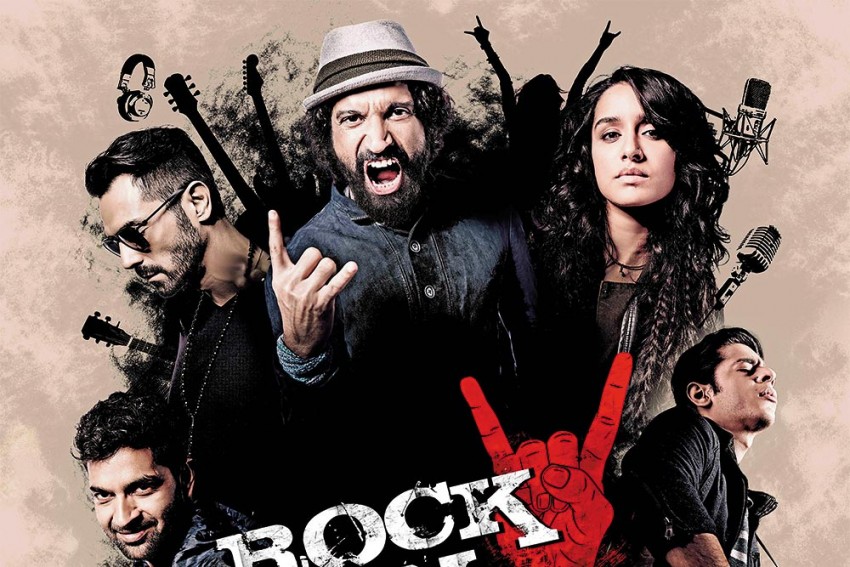 Only Flavour
A still from Rock On 2, which is largely set in Meghalaya 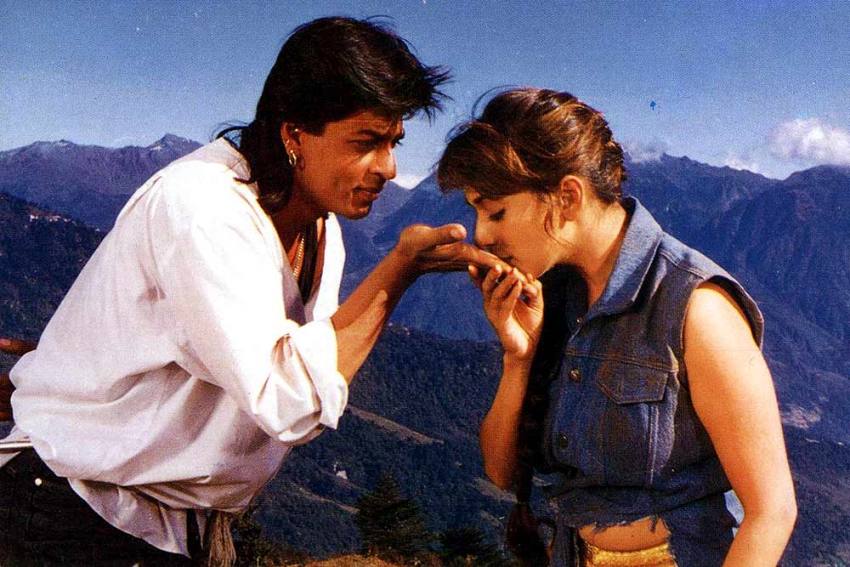 A still from Koyla, shot in Arunachal Pradesh 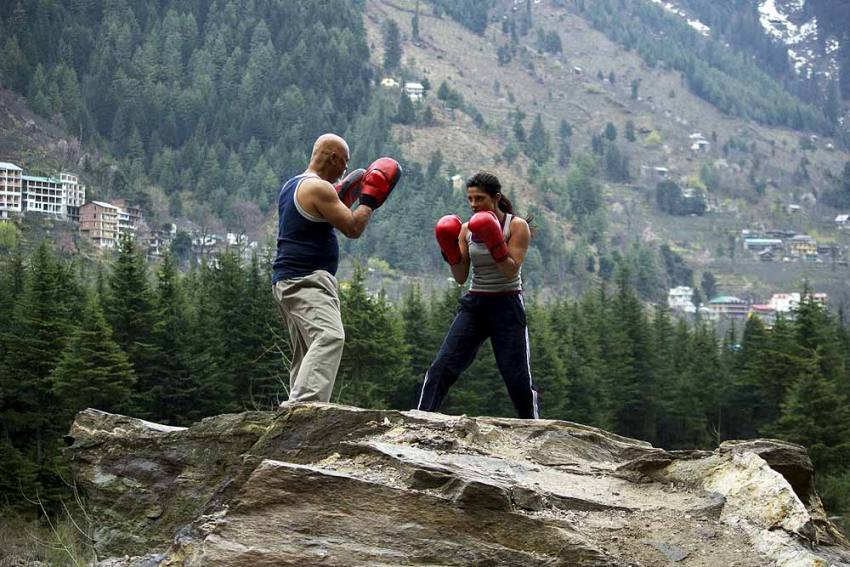 A still from Mary Kom 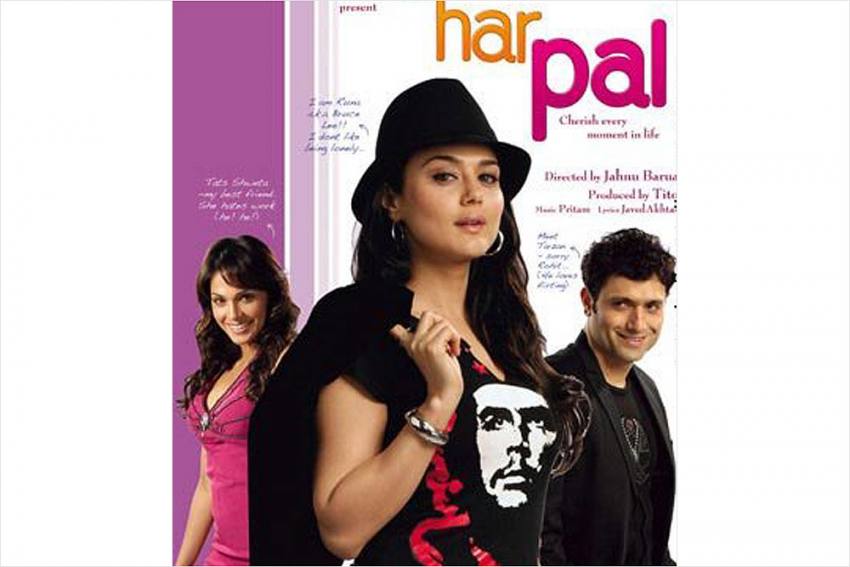 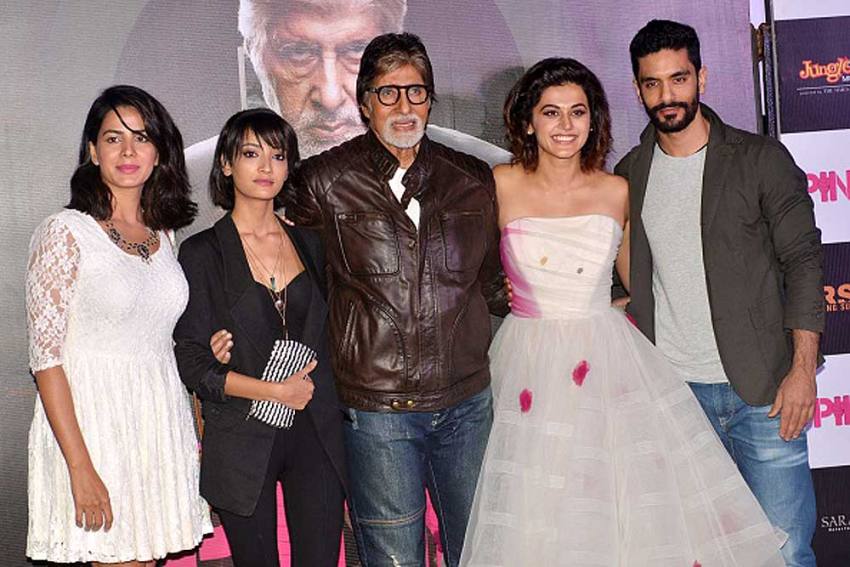 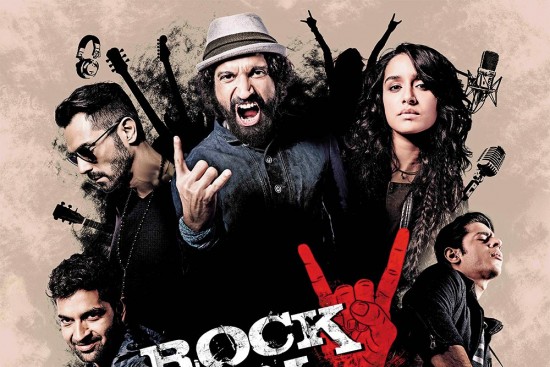 How the Northeast is represented in Indian mainstream cinema becomes a point of discussion yet again with the release of Rock On 2, the sequel to the 2008 hit Rock On. The film was set largely in the northeastern state of Meghalaya—something to look forward to, one would hope, for all those in touch with any aspect of the Indian rock music scene (Shillong being labelled by many as the ‘rock capital’ of India because of its vibrant live music culture). But, formulaic as this sequel was, it seemed to thoughtlessly bypass all the rock n’ roll stories that the hill-state would have to offer for four mainstream, mainland ­actor-musicians—Farhan Akhtar, ­Arjun Rampal, Purab Kohli and Shraddha ­Kapoor, with only a few minor stock roles given to people from the region. It left a woman from Meghalaya feeling “utterly disappointed” after she watched it at a Kolkata multiplex.  “When I heard that it was shot in parts in my hometown of Shillong, I rushed to watch the movie,” says Lucy Lydem. “But then I found that the only roles that were ­assigned to the people who were supposed to be from Meghalaya were the negative characters—the corrupt politician, the local goon, and the helpless poor people who had to wait for a do-gooder from Mumbai to come and rescue them.”

Rock On 2 is only the latest addition to an array of mainstream films over the decades that have used the beautiful region as a mere backdrop for stories of people from the mainland to unfold, with local actors only as extensions of this beautiful ‘backdropped’ topography. Consider the following repertoire: The 1986 Ek Pal was shot in parts of Jorhat, Assam and Shillong, Meghalaya, where the lead actors were all Mumbai’s best known—Naseeruddin Shah, Shabana Azmi and Farooque Sheikh. The 1991 Kurban, starring Salman Khan and Ayesha Julkha, too was shot in Meghalaya, as was Har Pal, a love story centered on characters played by Preity Zinta and Shiney Ahuja, which got shelved. Then there was the 1997 Koyla starring Madhuri Dixit and Shah Rukh Khan, who pranced around the breathtakingly beautiful Tawang lake in Arunachal Pradesh. The 2001 film Daman, starring Raveena Tandon, was shot in Kamakhya, Assam, and the 2003 film Saaya, starring John Abraham, was shot in Nagaland. The 2007 psychological thriller Strangers, starring Kay Kay Menon and Sonali Kulkarni, was shot in Mizoram. Interestingly, both Zinta and Tandon, neither from the Northeast, played local characters. Zinta played a Meghalayan girl of the Khasi tribe in Har Pal and Tondon played an Assamese woman in Daman. It appears as if it never occurred to the directors to cast actors from those regions.

The list goes on, with the northeastern landscape changing from film to film, sometimes connected to the plot in some way, but often ignored and not even referenced, until 2014, when the biopic on Mary Kom was announced. The film, on a Manipuri boxer’s incredible journey to the Olympic medal, had to have the focus on the social milieu of the region, and, for once, not the merely topographical. But, there was some disappointment when Priyanka Chopra was chosen to play the lead. “When the makers of Mary Kom cast Priyanka in the lead instead of an actor from the Northeast, who would have more looked the part, it reconfirmed the open secret that Indian mainstream cinema has never cared for adequate representation of that part of our country,” says Joshy Joseph, director of the Films Division of India. He feels it was a great opportunity to show that Bollywood did not discriminate against those who did not fit the ‘conventional Indian look’ but let it slip.

Why is it so? A top Bollywood director speaking to Outlook on condition of anonymity said, “I don’t want to come across as sounding racist but when I cast, I do take into account the ‘acceptability’ of an actor’s looks as far as the mainstream audience are concerned. I think nort­heastern women are some of the most beautiful, but traditionally, the Mumbai film industry’s idea of feminine beauty is different. And the hero in Bollywood has always been macho and sinewy and while that is changing slowly, it will take time for audiences to accept the softer, more sensitive appearances of the northeastern man.” The director also says that most of the decisions about casting need the producers’ consent, and they tend to prefer well-known names as they want to play safe with the huge amount of money riding on these actors. “Films which are shot on location in the faraway hills are usually big-budget affairs and producers or directors don’t want to take chances with fresh faces or lesser known entities,” he says. That could ­explain why even some directors from the Northeast, who have gone mainstream, prefer to opt  for established actors to play local roles—Har Pal, where Zinta plays a Khasi girl, was directed by Janhu Barua, who is an Assamese.

Indian mainstream cinema cannot deny the integral part that northeastern talent has always played in shaping its history. Since its inception, the Mumbai film industry, which is nothing if not also a music industry, has ­depended, heart and soul, on the musical genius of Sachin Dev Burman, who ­belonged to the Tripura royal palace. Together, him an his son, Rahul Dev Burman, who boasted the same credentials, did not just ­enthral cinema audiences with his ingenious compositions, but also virtually held a monopoly over the Mumbai film ind­ustry’s musical scene for over four decades as actors separated by a generation or two. And then there was Bhupen Hazarika from Assam, whose talent film makers like Kalpana Lajmi, who set several of her films in the Northe­ast, swore by.

“There is no question about the dazzling talent of northeastern artists,” says Joseph, who has initiated a programme to take cinema education to the Northeast by holding travelling workshops in the seven states throughout the year. “In the technical spheres such as scoring music, if not ­exactly an adequate representation, there has been less occasion for discrimination on the basis of physical features.”

Hindi cinema cannot deny the integral part that ­northeastern talent has played in shaping its history. The Burmans, Bhupen Hazarika...the list goes on.

Another film industry professional, on condition of anonymity, narrates an incident in the life of boxing champion Mary Kom, when she was asked for her passport while checking into a hotel in Mumbai. To her response that she was Indian, the receptionist had shot back with, “But you don’t look Indian.”

“By that logic—presumably Kom’s oriental features—those with similar features would never have made it to Bollywood. But that is not the case.” says actress Roopa Ganguly, who had played Draupadi in the TV serial Mahabharat. She gives the examples of Manisha Koirala, who is from Nepal, who held sway over Bollywood with one hit after another in the 1990s. Danny Dengzongpa, who though was more often cast as “villain” rather than “hero”, was, nevertheless, a famous name in Bollywood for several years. “There is no one ‘Indian look’,” Ganguly says. “Otherwise actors from different parts of the country would not be cast in various regional films and be successful.”

And yet the likes of Lin Laishram, a model from the Northeast is considered as “having made it big in Bollywood” for landing a role in the Mary Kom biopic. She played second fiddle to Chopra’s Kom as her childhood friend even though she rep­ortedly auditioned for the lead. But perhaps it’s a start and there will be more northeastern actors, singers and musicians in big Bollywood films. After all, Andrea Tariang from Shillong did get to act alongside Amitabh Bachhan in Pink.