They are best known as the Lovely ‘halwai’ family—and proud of it. The laddoos came first and dizzying success much later. 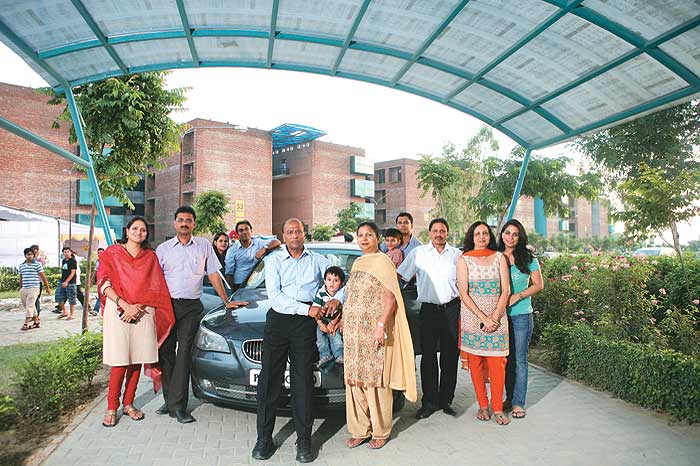 Success, in India, is always followed by an inevitable box of laddoos. But for the Mittals of Sujatnagar, a small hamlet near Jaipur, it has been the other way around. The laddoos came first and dizzying success much later. Even today, as owners of the Lovely Professional University (LPU), with a staggering 24,000 students on its rolls, and a slew of business ventures across Punjab in the pipeline, they are best known as the Lovely ‘halwai’ family—and proud of it. The latest arrivals in Punjab’s exuberant world of big business make no secret of their modest origins; indeed, they delight in telling you how they rose from the ranks by seizing every opportunity that a developing India tossed at them. And as they like saying, it all started with a box of sweets.

Started, to be precise, with Lovely Sweet Shop in Jalandhar cantonment’s Sadar Bazaar. The brainchild of Baldev Raj Mittal, a small-time military contractor, it began life in 1961 as a modest hole-in-the-wall operation. But there was nothing modest about Baldev’s ambitions. A boy of 16 at Independence, he helped his father run a small canteen for jawans in an infantry battalion at Sialkot in West Punjab, and moved with the battalion to Ferozepur after Partition. Watching thousands of refugees rebuilding their lives, restless Baldev wanted to reinvent himself too. But his family, which had been forced to flee the harshness of rural Rajasthan not so long ago, was loath to help. A loan of Rs 500 from the commanding officer of the battalion gave Baldev his lucky break. Soon, Lovely Sweets was up and running—the first ‘proper’ sweet shop in these parts—and dispensing laddoos from 5 to 7 pm every day.