A Life Term, Together

All hell would break loose if India Today was seen on the newsstands ahead of Out­look or if it had more ads. 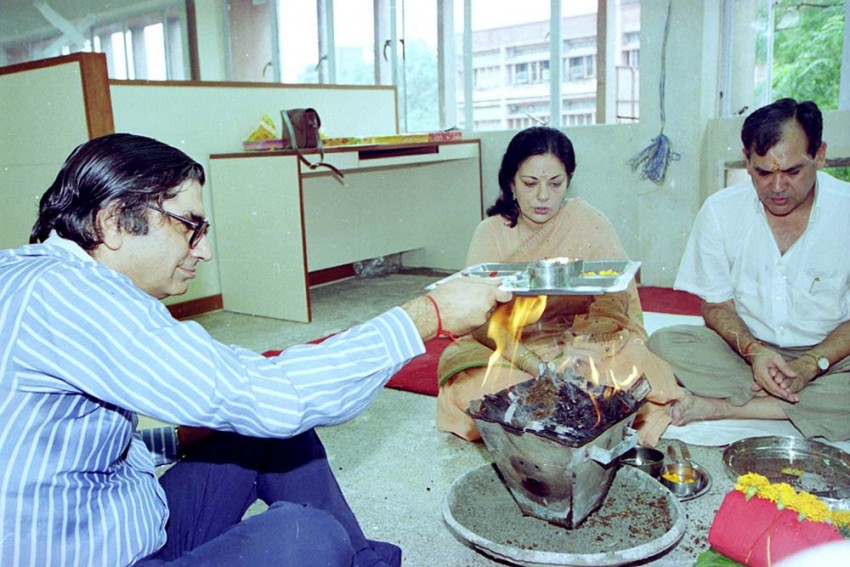 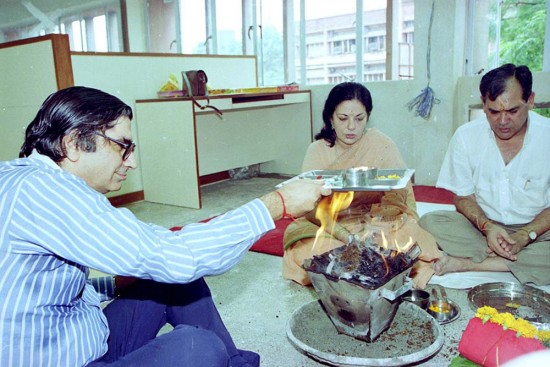 When I first moved to Delhi, the mandate was clear—I would be dealing with an editor who wasn’t comfortable with publishers. However, every week I worked with him, the case against him got weaker. We went on to work for 17 years, what he would fondly call a ‘life term’ (14 years being a sentence for life).

Many a businessman would ask me the amount of control a publisher had on an editor. Vinod was clear about the rules of engagement. He was focused on the reader, the cornerstone of any media busi­ness. He also understood publishing more than publi­shers did and that became a territorial war. Our cabins were barely five metres away and every Tuesday was the same. It was when the issue plan I signed would come back to me with a few pages struck off from inhouse ads and added to editorial. Any protest would make him walk across and talk of an “interesting” story that would help circulation. And if I did manage to give him more edit pages, he’d still walk in to ask me whether the ‘advertising guys’ nee­ded to be perked up. And all hell would break loose on a Saturday if India Today was seen on the newsstands ahead of Out­look or if it had more ads. He was the fiercest of competitors.

He would have a drink with the powerful but never be friends with them. Sonia Gandhi was an avid reader of Outlook and Congress leaders felt the best way to get noticed was to have a story published in Outlook. Once, when a chief minister taunted me to ask Vinod to publish the good work they did, I told him, “Sir, feel good if Outlook hasn’t published anything about you, because when you do something wrong, you cannot stop being in Outlook.”  That was the courage of conviction Vinod imparted in us.

Vinod was never malicious or hit people below the belt. He hated dealing with complaints on personal comments. Once when a celebrity complained, he chided the reporter. When the reporter defended the truth in his story, he was asked to write a separate story, if he had all the facts and the gall.

One trait of Vinod showed the man’s courage. If he was working on a big story, he’d never take any calls. From PM to ministers, generals to admirals, they’d have to wait. And on the Saturday when the magazine came out, he’d calmly return each of these calls. This is one reason why most stories walked into the Outlook office. Everyone knew we’d never expose a source and if a story was good on facts, it would be published. And when I would see him not taking any calls, I’d brace myself for the impending quakes.

As publisher, I was a willing accomplice in many civil and criminal cases Vinod the editor invited on himself. Most of these cases were intended to harass, with Vinod and me standing with robbers and rapists! It was either an appeara­nce or seeking bail from being arrested. Vinod’s only obj­ective was to defend the story and not give in to intimidation. Through these journeys across the country, I was sure of a lunch with Vinod—at the best restaurant closest to the court. And if it was Mumbai, it had to be at Jazz by the Bay on Marine Drive. In the courts, Vinod would make it a point to make it a fun outing. It was also a message to all those whose objective was to harass us, that we were cool to it.

Vinod being wheeled into the hospital in December was a closely-guarded secret. And as he was being wheeled in, another patient was being wheeled out from one of the testing labs. The patient looked at Vinod, raised his head and said, “Vinod Mehta?” Vinod, despite all his pain, perked up, smiled and gave a thumbs up. That will be my lasting memory of him—cheeky, smiling and with a thumbs up to life.

Maheshwer Peri is the former publisher of Outlook.