A Lasting Tug Of Peace

Li Keqiang’s India visit may not yield fruit on the border issue, but will be crucial for economic ties 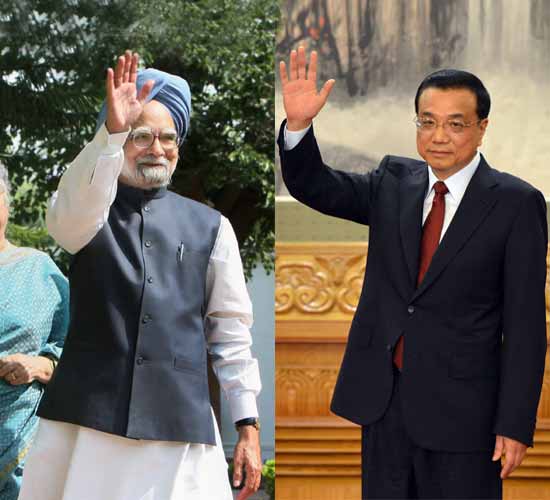 In today’s world of diplomacy where leaders are more used to whistle-stop tours and attending working lunches, it is a rarity for two heads of governments to visit each other’s country in the same year. Yet, India and China are scheduled to do that. Chinese Premier Li Keqiang arrives on a three-day official visit this Sunday, while Prime Minister Manmohan Singh will visit China later in the year—the dates are yet to be finalised. It took China and India nearly 60 years to repeat the feat—in 1954 Jawaharlal Nehru visited China within months of a visit to India by Chinese Premier Zhou Enlai.

But questions are being raised: what is the urgency behind these visits and what do they signify? There are two slightly divergent views on this—one comes from the Indian establishment, with a predictably positive spin to it. The other, which is exp­ressed from outside the establishment, rai­­ses doubts and is sceptical about the future of Sino-Indian relations.

Going strictly by protocol, it was the Indian PM’s turn to visit China. But when this was conveyed to the Chinese, they said Premier Li had clearly expressed his wish to visit India before that. By making India the first country of Premier Li’s maiden foreign visit, China was trying to convey that Beijing considers New Delhi to be an important ally and is keen to forge a close partnership with it. This spirit was conveyed when Chinese President Xi Jinping and Man­mohan met briefly on the sidelines of the brics Summit in South Africa in March.

However, before preparations between the two sides on Li’s visit could proceed, a 20-day faceoff between Chinese and Indian soldiers in the western sector of their disputed boundary in Ladakh managed to put everything on hold. Hectic parleys and regular border meetings finally broke the deadlock when the Chinese soldiers withdrew, dismantling their makeshift camps in Depsang valley. Indian soldiers who had put up similar camps facing the Chinese also withdrew to their original position.

But a restoration of calm has brought no clear explanation from the Chinese. Other than describing it as an ‘isolated’ incident, the Chinese leadership has not been able to explain why the Chinese soldiers did what they did.

“We need to know from Premier Li what happened in Ladakh. At least he should clarify the Chinese position that is bothering a large number of Indians,” Alka Acharya, of the Centre for East Asian Studies in Delhi’s Jawaharlal Nehru University, told Outlook.

This silence on an unsavoury episode notwithstanding, South Block doesn’t want to create an awkward situation for the Chinese premier and his delegation. “What is the point of rubbing it in? We have made our displeasure known and also conveyed to the Chinese how the media and others in India viewed the Ladakh episode,” says a senior MEA official.

“While economic ties between India and China has grown rapidly, the trade balance in China’s favour is a growing concern.”
A. Didar Singh, FICCI secretary-general

For the establishment, that attitude is indicative of a bit of necessary pragmatism. Though officials in the Indian foreign ministry and security establishment took the developments in Ladakh ‘very seriously’, they argue that it is best to focus on how it ended, rather than on why it happened. They point out that India could have faced a far worse situation if Chinese and Indian soldiers continued to face each other, refusing to withdraw. “Should we then have used force to throw them out and risked going to war with China?” asks the official. Instead, the MEA would now like to stress on how the existing mechanisms between the two sides worked. “It may have taken three weeks, but they still worked and helped us in resolving it without resorting to violence,” says ano­ther Indian diplomat. One reason why it worked could also be India’s quick res­ponse in meeting the Chinese soldiers’ alleged incursion. “Our soldiers were there within six hours and this may have surprised the Chinese a lot,” says a senior official. Others say the whole aff­air was an attempt by the Chinese military establishment to push the envelope on the Sino-India border issue, bef­ore the new political leadership in Beijing could settle down and consolidate its pos­ition. But South Block wants to concentrate only on the positives and how the two sides can take their relations forward.

Likewise, India will roll out the red carpet to receive the Chinese premier and his entourage. The usual ceremonies attached with such heads-of-government visits include official ban­­­q­uets, meetings with top Indian leadership and possibly a joint statement marking the success of the visit. But, in a special gesture reserved only for close and valued guests, Manmohan Singh is hosting a private dinner for Pre­mier Li at his official residence—7, Race Course Road­—on Sunday evening. 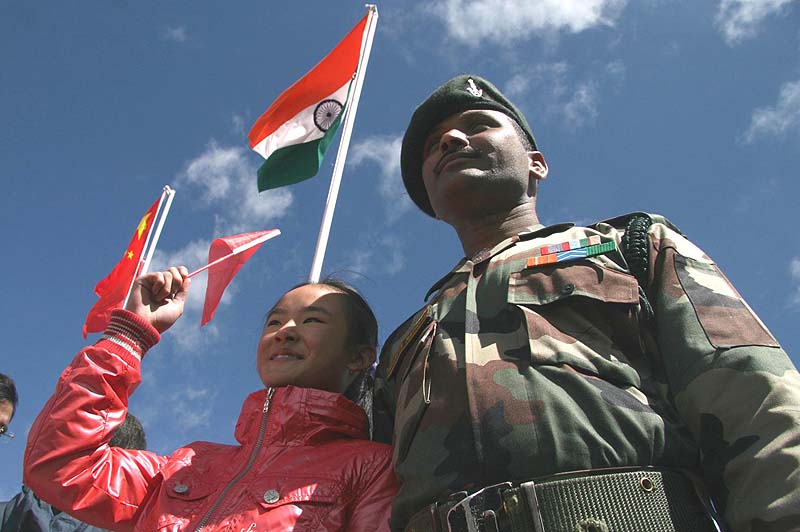 An Indian soldier with a Chinese girl at Bumla, on the India-China border in Arunachal Pradesh. (Photograph by UB Photos)

Interestingly, both Manmohan and Li have a lot in common—both had a humble beginning and spent their formative years in the countryside before going on to earn their PhDs in economics and subsequently rising to head their respective governments. That Premier Li is fluent in English may be an advantage and help the two leaders to build a special rapport.

Indian officials acknowledge the significance of Li’s visit and the fact that India is the first country of his maiden foreign tour as premier. “It clearly shows the importance China attaches to its relations with India,” says a senior official of the Chinese foreign ministry.

Though every attempt is being made to make the visit a success, few agreements of real significance are likely to be signed, mainly because a crucial three-week period was lost in resolving the Ladakh faceoff. There are indications that the Chinese are keen to have a substantive discussion on how the two sides could more effectively manage their borders in future and ensure peace along the Line of Actual Control. Though New Delhi shares Chinese sentiments on peace along the border, there is little likelihood of any agreement being signed on that subject too.

This is because the Indian leadership is not likely to risk providing any more fodder to the Opposition—particularly on the China issue, especially because it does have some resonance among hardliners. Thus, if important agreements on the border issue are discussed at all, an agreement is likely to come up for signature only when Manmohan visits China.

If there’s no advance on the boundary issue, attempts are being made to show progress on the economic side. Li is scheduled to make two public speeches, including one before the captains of Indian business and industry. Apart from highlighting the cooperative, strategic partnership with India to meet  regional and global challenges, Li would also stress on enhancing the economics that underpin the ties.

“While economic engagement between India and China has grown very rapidly, the trade balance in China’s favour is a growing concern,” says FICCI secretary-general A. Didar Singh. He hopes the Chinese premier would add­ress these concerns during his address to captains of the Indian industry. Ind­ian officials say that one way of resolving the trade imbalance is by encouraging Chinese investments in India.

But Singh points out that while Indian IT firms have made substantial investments in China and created jobs, they still don’t win government contracts. Indian pharma companies also face huge problems in accessing the Chinese market. Singh sounds encouraging on Chinese investments, though. “We feel there is ample scope for Chinese firms to invest in India in areas like power equipment, auto components, light engineering, etc. We hope to see enhanced investments by Chinese companies.”

But even if Li makes an encouraging statement on enhancing business, will it be enough to gloss over the Ladakh faceoff that ended barely a week back?

A former prime ministerial aide explains that by withdrawing its soldiers the Chinese have acknowledged their mistake. “This is the closest they can come towards saying they’re sorry. I think it’s best we leave it at that.”

One reason why this seems to be a growing view in New Delhi is because the unilateral decision of the Chinese soldiers in Ladakh to encamp at the Depsang valley is understood to have been taken not as part of a ‘grand Chinese design’, but at a local commander level. Beijing’s keenness to send in their premier, a few days before the Indian prime minister is scheduled to leave for Japan, is a significant gesture not lost on South Block. Given the strains in Sino-Japanese relations in the South China Sea, it makes sense for China to have a neutral India rather than stand by and watch it rush headlong into Tokyo’s embrace.

The negatives notwithstanding, this gives India a measure of prestige. While it lasts, India seems to be enjoying being wooed by both the East Asian rivals—China and Japan.