A Lancet To Puncture Your Pocket 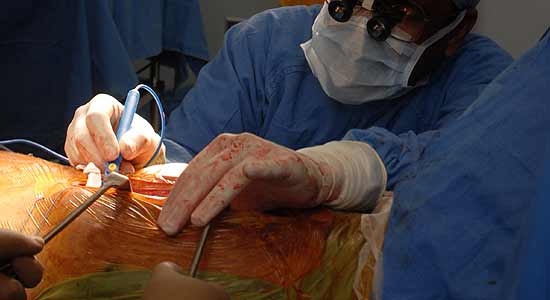 With the burgeoning of hospitals, medical malpractice has only grown. While in the past, doctors were known to prescribe a host of tests for patients and take their own time in discharging them, a new and alarming trend should be cause for concern for the health ministry as well as the Indian Council of Medical Research (ICMR): needless surgery, in which patients are put through costly invasive procedures they don’t really need. These operations cost anywhere from Rs 10,000 to Rs 2.5 lakh and are such that patients can be discharged the same day—biopsy, cataract surgery, removal of the gall bladder, hysterectomy, even certain types of joint replacement.

Take the case of Sunaina Khanna, 31. In November last year, she was told she possibly had cancer of the uterus. To verify this, the doctor suggested that she required a biopsy, which, he explained, was a minor surgery to obtain tissue for further tests. He said he would carry out the procedure under general anaesthesia, and since it would take just a few hours, she could go home the same day. The cost: Rs 15,000-20,000.

“Technology can be used in the right way too. There are many non-invasive procedures that can be used.”
Dr Anuradha Kapoor, Sr consultant, Max Healthcare

Sunaina was all for it, but her family insisted she get a second opinion. After all, she was young and hadn’t had children yet, so family members, who were of a traditional mindset, did not like the idea of invasive surgery of the uterus. Sunaina is grateful today she heeded her family’s advice. A second opinion revealed that all she had was an infection, which a strong dose of antibiotics under regular screening could cure. She was fine in three to four weeks. There had been nothing to even remotely suggest cancer. “After what happened to me, I have heard lots of people complain about how doctors are increasingly suggesting surgeries,” she says.

Dr G.S. Grewal, a Delhi-based physician, says, “Wrongdoing has always been there, and patients must seek a second opinion. No surgeon worth his salt would perform unnecessary surgeries, but I do feel compassion has gone out of this profession with technological advances. No amount of technology can replace the clinical approach. Also, there is no focus on preventive medication.”

ICMR isn’t exactly unaware of this. “We have been getting feedback that a large number of hospitals are advising quick surgeries. It is difficult to determine whether this is for profit,” says a senior ICMR official. “It is prevalent in almost all big hospitals across the metro cities, but it is very difficult to take action as there are no guidelines for this. In fact, one of Delhi’s top hospitals is carrying out 60 per cent more surgeries than last year. The government should look into this, as such hospitals tend to have the same infrastructure and medical staff. Also, unless a patient takes legal action, there is no way to check this.”

Bhavna Singh, 42, a mother of two, was diagnosed with severe degeneration of the knee cap and was advised joint replacement. Unlike Sunaina, she did not take a second opinion until after the surgery was carried out. What made her seek medical opinion again was the permanent limp that resulted from the surgery. “I was walking fine before surgery, but I did have a lot of discomfort and pain. It’s much worse now. And other doctors tell me I shouldn’t have gone for surgery at all—physiotherapy and some medication should have been tried,” she says. In another six months, Bhavna will undergo another surgery. Hopefully, it will correct her limp.

“Compassion has gone out of this profession with the advances in technology, which can’t replace the clinical approach.”
Dr G.S. Grewal, Physician

There seems to be no end to such stories. Severe acidity over a prolonged period is what Kunal Goel, 45, had. Doctors suggested bypass surgery. For 47-year-old Mamata Jha, doctors suggested the removal of her gall bladder. She went for a second opinion, and later, alternative medication resolved her problem. When Sunil Gupta, 52, complained of acute pain in one of his ankles, doctors made him run around and spend money on expensive MRI scans, only to conclude that it was caused by nothing worse than a harmless bone growth.

“To deny that unnecessary surgeries are not taking place would be blatantly untrue,” says an endocrinologist at a leading hospital in the capital. “There is a lot of pressure on doctors from both hospitals and patients to go in for surgery. While the hospital makes money, many patients want a quick solution to their problems. And in the absence of pressure on doctors not to conduct unnecessary surgeries, they don’t really feel they are doing something wrong.” Almost everyone in the medical fraternity knows what is going on, but they say that since the patient is the one who ultimately makes the decision, the onus lies on him. This reasoning does not take into account the fact that the patient’s lack of expertise and his fears put him at a disadvantage.

Last year, the National Consumer Disputes Redressal Commission (NCDRC) awarded a compensation of Rs 5 lakh for a wrong surgery done by two doctors in Delhi on the wrong section of the lumbar region, which left the patient incapable of walking for two months. Last month, a Bangladeshi civil service officer filed a police complaint that doctors in Delhi had operated her on the wrong vertebra. So legal action for unnecessary surgeries may not be too far away.

This trend isn’t one seen in India alone. In the US, some 12,000 people are said to die every year due to surgeries that aren’t needed, according to the Journal of the American Medical Association. It also points out that about 85 per cent of the hysterectomies in the US are unnecessary. In September last year, the European Union also sent out a message to all its nations that unnecessary surgery was weighing heavy on healthcare costs. And an annual health survey in Canada revealed that thousands of patients unnecessarily underwent surgery in 2008, costing more than $150 million.

In 2009, a doctor was charged in the largest medical fraud prosecution in the US and was sentenced to 16 years in prison for performing unnecessary and dangerous surgeries on over 175 patients in order to fraudulently bill medical insurance companies. Let us hope the Indian medical fraternity is listening.

Dr Anuradha Kapoor, senior consultant at Max Healthcare, feels that if technology is used in the right manner, surgeries can be reduced, but that’s not what’s happening. “Technology has increased tremendously and a number of non-invasive options are now available for us,” she says. “Instead of a hysterectomy, we can do many other procedures.” But many doctors and hospitals with an eye on the big buck prefer to put patients under the scalpel.

The Cost Of Democracy