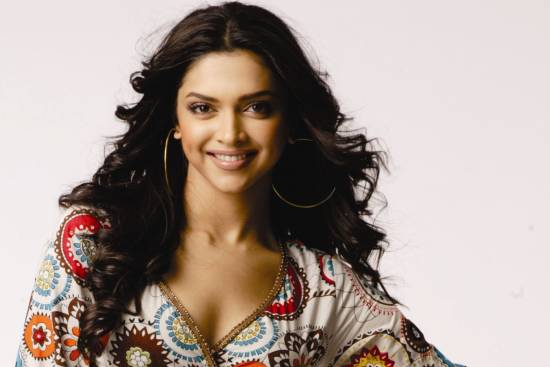 A cheesy line of dialogue in the Diwali blockbuster Happy New Year proffering a rather simplistic piece of wisdom can be paraphrased thus: “There are two types of people in the world—winners and losers”. Few people these days can be tagged with a rare degree of sanguineness than the film’s leading lady, Deepika Padukone, and she is undeniably a winner. Her seemingly obvious triumph is unique for the surprising fact that a few years back she was a hair’s breadth away from being labelled a loser, headed for a plateau peo­pled by interchangeable B-town beauties.

Yet, look at Deepika today! The 28-year-old has racked up five money-spinners and a clutch of acting trophies in two years, with HNY opening to a staggering Rs 100-crore weekend. What’s more, the dimpled Deepika’s cartilage-defying moves and glib Marathi accent pro­vide perk and passion to the testosterone-­heavy film. Shahrukh Khan, her co-star in a trio of hits now (Om Shanti Om, Chennai Express and Happy New Year), reflects, “I think Deepika was always a star. We had shown the OSO song Aan­khon mein teri to Amitji (Bac­hchan) and he had prophesied, ‘She will be a huge star!’” About his protegee’s remarkable trajectory, Shah­rukh observes, “I have not­hing to do with her success. She has earned it.... She has made great choices. Besides Cocktail and Finding Fanny, she has wisely chosen commercial films.”

Yet, on hindsight, Deepika’s initial choi­ces after Om Shanti Om appear to be a series of catastrophic missteps. Indeed, her ascent has been pockmarked with pitfalls. Deepika received a lavish launch in Om Shanti Om (2007), which pitched her as a wispy, willowy vision. Subse­que­ntly, Deepika played by the starlet rules and signed on for a string of forgettable roles in which her acting calibre and potential was unt­apped, running the very real risk of being dismissed as another glamour doll. But she had the discipline to look beyond tem­porary setbacks; she had the keen nose and big heart for the big game. Each time she fell like a limp shuttlecock (a perfect metaphor for a badminton player), Deepika picked herself up for the next serve.

The accretion of many minor leaps led to the gradual blooming of Dee­­pika’s talent—a perceptively acted scene in Love Aaj Kal, an exhilarating dance move in Karthik Calling Karthik, a calibrated half-glance in Aakarshan.... Her alleged beau Ranveer Singh says, “A lot of people started noticing Dee­pika’s performances after Cocktail because it was a success, but I had noticed it earlier, in Love Aaj Kal, Break Ke Baad and Laf­a­nge Parindey.” Dee­pika’s tenacity and Zen-­like temperament paid off when Homi Adjania’s Cocktail (2012) made her the toast of tinseltown. Her uninhibited performance as the free-spirited Vero­nica, grappling with love and jealousy, drew as much notice as her blood-red bikini.

But 2013 proved to be the annus mirabilis—fate’s capricious wheel spun rep­eatedly in her favour, and four of her films raced past the Rs 100-crore benchmark. By the time Race 2 and Yeh Jawaani Hai Deewani came on the heels of Cocktail, Deepika was walking tall even without stilettos. As a bespectacled plain Jane transformed by her love for a commitment-phobic travel photographer, Deepika’s chemistry with Ranbir Kapoor in YJHD impressed beyond the screen. Showing maturity few then would credit her for, she had let her head rule her heart and worked with Ranbir despite their real-life break-up. I have seen Ranbir and Deepika together at Indigo restaurant when they were dating—she was sniffling daintily into a kerchief while he thoughtfully ordered hot tea for her. They had an unmistakable connect that was captured on screen.

With the blockbuster Chennai Exp­ress came a meaty role—a rare prize for lea­ding ladies beside superstar Shah­rukh Khan. Deepika’s Hindi-chall­enged shenanigans provided a form­i­dable foil to Shahrukh’s comedic chops. Sanjay Bhan­sali’s high-octane drama Goliyon Ki Ras­l­eela Ram Leela was like the wind beneath her wings. Resplendent in the earthy songs, Deepika also projected fiery defiance as a strong-willed Juliet who defies her gangster mother even as she amputates her finger.

Deepika’s impressive chemistry with Ranbir in YJHD owed much to her wisely working with him despite their real-life break-up.

Deepika finally bagged the last star on her coronation diadem—a best actress award for Ram Leela. She also collected trophies for Chennai Express. “Awards matter; they are a sign of appreciation,” an elated Deepika admitted. Seldom has recent Bollywood success been so well-ear­ned—she has the hard-nosed discipline to take on a gruelling work-schedule. You can’t feature in major roles in four films a year without missing several Kodak holiday moments.

Happily for Deepika, she is placed at the cusp of several staples demanded of Bollywood heroines. She can look strikingly modern, with her rangy body, interminable legs and washboard abs, but can also exude a turme­ric-soaked, earthily heady glamour with her ethnic appeal. Crucially, she is also willing to chance her hand at edgy ventures. Deepika pushed the envelope with another Adjania adventure, Fin­ding Fanny (2014), and discovered a str­eak for black comedy. She wrought a fine balance with her goofy chirpiness in HNY. Farah Khan’s film was no baro­meter for subtlety, but Deepika was fetchingly tongue-in-cheek as the no-hold-barred bar dancer.

More chapters would be added to Deepika’s story. She has three interesting films in store for 2015—Shoojit Sircar’s Piku with Amitabh Bachchan, Imtiaz Ali’s Tamasha with Ranbir Kapoor and Sanjay Leela Bhansali’s Bajirao Mastani with Ranveer Singh. “I have pivotal roles in all these films,” she says. Deepika has a fetish for shoes, but admits, “Getting my shoe size is a difficult task.” Big feet or not, she seems destined to leave a large footprint.

(Dinesh Raheja is the editor of Bollywood News Service)