A Jeerjerker, As The Seine Flows Majestic

Aditya Chopra conceived Befikre as a modern antithesis to DDLJ. But it has been a modern disaster. 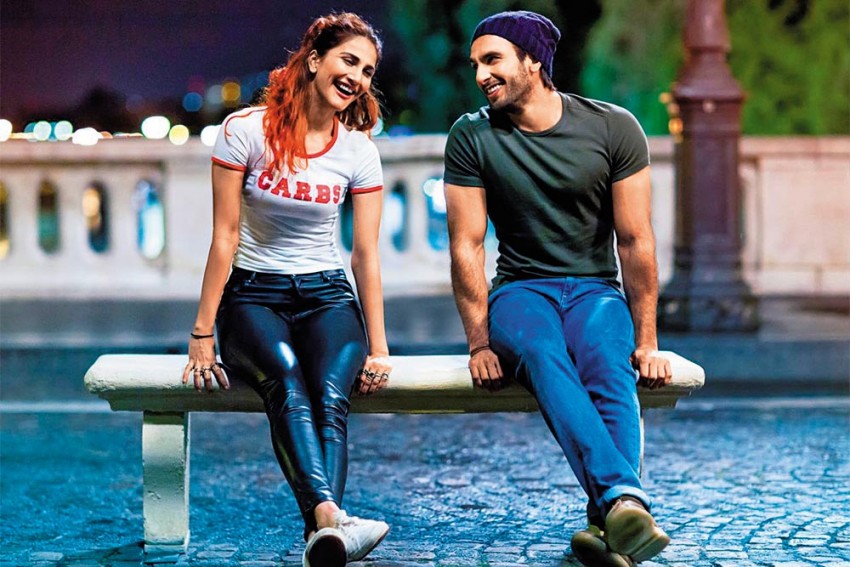 Not A Care
Vaani Kapoor and Ranveer Singh in Befikre, set in Paris and directed by Aditya Chopra
Giridhar Jha December 16, 2016 00:00 IST A Jeerjerker, As The Seine Flows Majestic 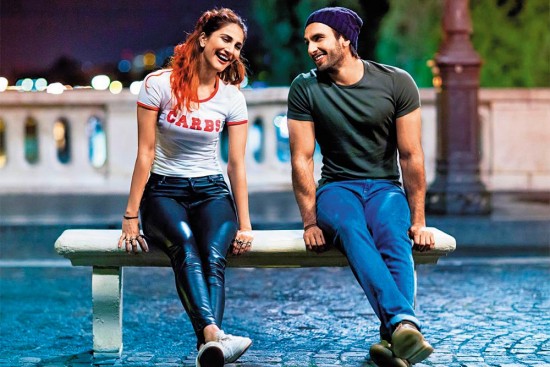 How popular this catchy line went on to become could be gauged from the fact that even US President Barack Obama, of all people, quoted it at one of his eng­agements during his official trip to India last year, apparently to keep the hosts in good humour, if not as an aid to foster stronger bilateral ties.

However, it was not for nothing that a visiting dignitary, as important as the US president, chose to refer to a mainstream Bollywood movie dialogue in the midst of his hectic diplomatic itinerary. DDLJ, after all, broke a surfeit of box-office records, including longest-run in a cinema hall, established Shahrukh as a superstar and, above all, evolved into a cult love story set against the backdrop of a milieu redolent of good, old Indian values and traditions. 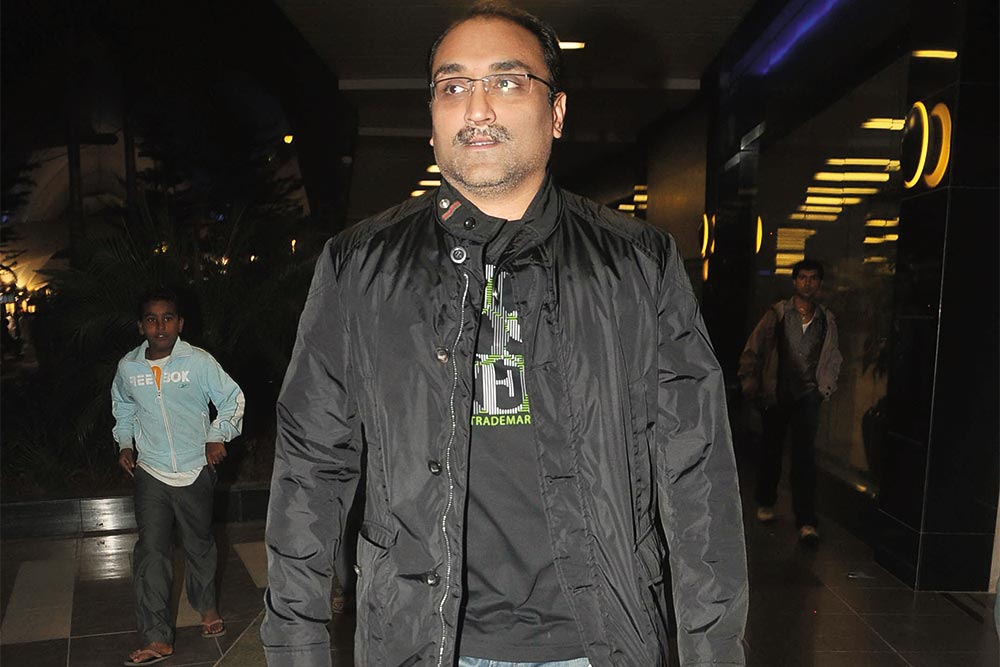 But Aditya Chopra, the man behind the iconic film that has been running non-stop at Maratha Mandir theatre in Mumbai since its release, thinks the movie has bec­ome dated now. He believes the world has undergone a sea change and so have the definitions of love since then. According to him, if Raj would tell the Simran of modern generation that he would take her hand only if Babuji (her father) permits, she would tell him: “Dude, I am going; when you patch up with my Dad, come and find me, and we will take it from there.”

It is apparently this inference that lured Aditya back to wielding the director’s megaphone for Befikre—eight years after his last directorial venture, Rab Ne Bana Di Jodi—in order to “reboot himself and unl­earn everything as a filmmaker”. In an open letter prior to the worldwide release of his Ranveer Singh-Vaani Kapoor starrer on December 9, the reclusive director spelt out the reasons behind making what he calls his “second first film”.

“At 45, I am being fearless again.... I am stepping out of my comfort zone, and into the minefield of the young and the restless. Unlearning everything I know and trying to figure out if I am still relevant to the youth today,” he writes.

Aditya obviously intended to shrug off the heavy DDLJ baggage, and wanted to make a movie as radically different from it as possible, while delineating the changing connotations of love among the millennial generation of the digital era. He, therefore, hired a predominantly French crew to shoot the film and steered clear of the ‘fam­iliar’ unit members from his own banner for sheer experimentation, before setting foot on Paris. He also broke free from the established parameters of scripting his movie, letting go of conventions such as prerequsities of heightened emotions and conflict. Above all, he did not even have Shahrukh, his lucky mascot who was leading man of all his three previous projects, on board for Befikre.

In a bid to drive home his point further, the reclusive director also included the fam­ous ‘palat’ (turn back) scene from his maiden film to emphasise that the days of DDLJ were gone, once and for all, at least for the Gen Y lovers caring little about mushy sentimentality in their pursuit of finding happiness through dare-and-bare (more bare than dare) ways. “I wanted to feel as if I am making my first film,” he admits.

Hardly surprising then, Aditya’s return to helm another film as a director after a hat-trick of hits, DDLJ (1995), Moha­bbatein (2000) and Rab Ne Bana Di Jodi (2008) created a massive buzz, as expectations soared. But more than a comeback, it was Aditya’s latent resolve to shed the heavy baggage of his epoch-making hit that had everybody sit up and take notice.

Befikre was touted as the bohemian love story of two footloose youngsters, the opposite of all DDLJ stood for. But the masses gave it a resounding thumbs down.

But all of Aditya’s hopes appear to have been dashed, as Befikre has ope­­ned to a tepid response last week, leaving fans disappointed and critics aghast. The film, billed as a modern rom-com has been panned by reviewers as a “maddening waste of time”, “colossally stupid” and “a mediocre advertisement for Paris tourism” which has “failed to connect with the masses”. One reviewer likened it to “a souffle that sinks like a stone”. Not only that, his film was also found to be flagrantly lacking in any novelty that his earlier films boasted of. In fact, the har­der he seemed to try to consciously break free from the DDLJ influence, the more the critics saw traces of old flicks such as Neal ’n Nikki and Mere Yaar Ki Shaadi Hai from the Yashraj Films stable, and even those from other banners such as Love Aajkal.

Last but not the least, the film failed to set the proverbial cash boxes ringing the way it has done in case of Aditya’s earlier movies. “It is a very, very ordinary movie”, says noted film trade analyst Komal Nahta. “Aditya Chopra has chosen the wrong subject and its treatment also leaves much to be desired.” 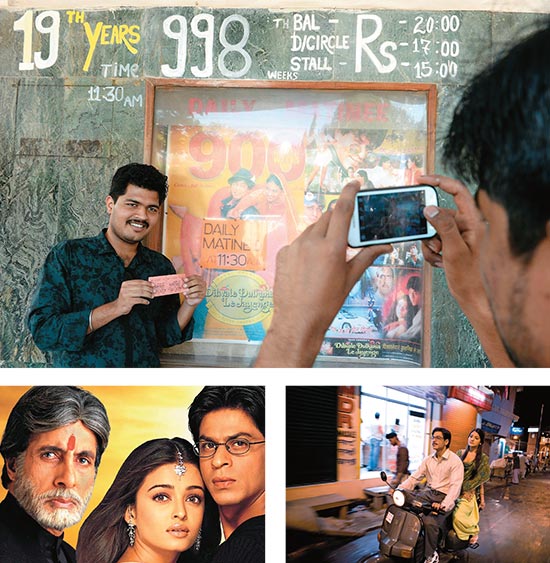 A fan poses in front of a poster of Dilwale Dulhania Le Jayenge at Mumbai’s Maratha Mandir theatre, where it has been running since 1995; a still from Mohabbatein and Rab Ne Bana Di Jodi

Nahta believes that Aditya tried too hard to make a movie for today’s youth to prove that he was well and truly in sync with the changing times. “His desperation shows in the film. One can feel it in the sequences, which can only be called frivolous,” he says.

Trade experts predict that the movie may not earn beyond Rs 60-70 crore at the box office. “In today’s times, when Bolly­wood films are earning in excess of Rs 300 crore, the figures of an Aditya Chopra movie are a big letdown. This is all the more disappointing because its lead actor Ranveer Singh’s two movies with Sanjay Leela Bhansali—Bajirao Mastani and Ram Leela-Goliyon ki Raasleela—had garnered business in the range of Rs 105-182 crore. But then, it is not all about the commercial aspect; it is the brand name of Aditya Chopra that has really been hit with Befikre,” says Nahta.

Nahta says all filmmakers claim before the release of their movies that they are not bothered about commercial success. But then, who does not like to deliver commercial hits?

Befikre, set in Paris, was touted as the story of two youngsters who believe in being bohemian in love—absolutely footl­oose and fancyfree, who want no strings attached to their relationship before they realise their true love. With plenty of lip-locks and even a bare-back hero, it ended up as antithetical to everything DDLJ stood for in terms of copybook screen romance. In comparison,  Raj-Simran seems to be prudish and puritanical caricatures of a bygone era. Still, masses across the classes gave a thumbs-down to Aditya’s fresh take on romance after the initial excitement tapered off.

For the uninitiated, Aditya’s failure to capture the imagination of his audiences can’t be likened to an ordinary filmma­ker’s failure. Over the years, the elder son of the late Yash Chopra has emerged as the most powerful movie moghul in the industry, wearing multiple hats as the head of Yashraj Film (YRF), a movie-media-­entertainment conglomerate which has been churning out movies by the dozen in the past 20 years, including Dhoom and its sequels, Ek Tha Tiger, Sultan and many more. Known for his sharp cinema sense, he has also launched several talents, including Ranveer and Vaani, through his banner and influenced many other big names in the industry, including Karan Johar. It was primarily because of his stature that the fate of Befikre has stunned his admirers.

Veteran film writer Rajiv Vijaykar, however, defends Aditya. “A movie like DDLJ is made only once in the lifetime of a filmmaker. And Aditya Chopra is intelligent enough to understand this,” says Vijaykar. “Such films cannot be made every now and then.”

The author of History of Indian Film Music: A Showcase of the Very Best in Hindi Cinema points out that Ramesh Sippy and Manmohan Desai failed to make any film greater than Sholay and Amar Akbar Anthony respectively. “In later years, they just got carried away by the mega success of their respective movies, but could never replicate the magic of their magnum opuses.”

Vijaykar says Aditya Chopra’s father Yash Chopra had also succumbed to following the trend of violent action movies in the 1980s and ended up churning out flops like Vijay. “It was only after he ret­urned to his familiar terrain of romantic musicals with Chandni that he rediscovered himself,” he says.

“Aditya knows it very well and that is why he is making movies of his choice instead of getting bogged down by the baggage of his past,” says Vijaykar. “He knows that you cannot hit a six on every ball of the innings.”

‘I Sat When They Sang The Anthem’